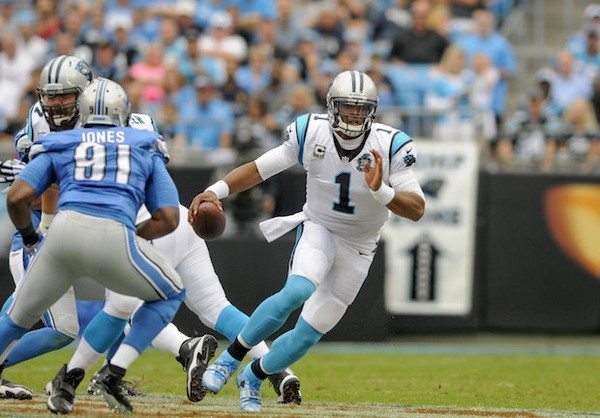 Cam on the run against Detroit

Here’s a snapshot at the most popular Week 5 picks among the field of 2,748 in the $1,500 per-entry contest that will pay over $1 million to the winner (via FantasySuperContest): 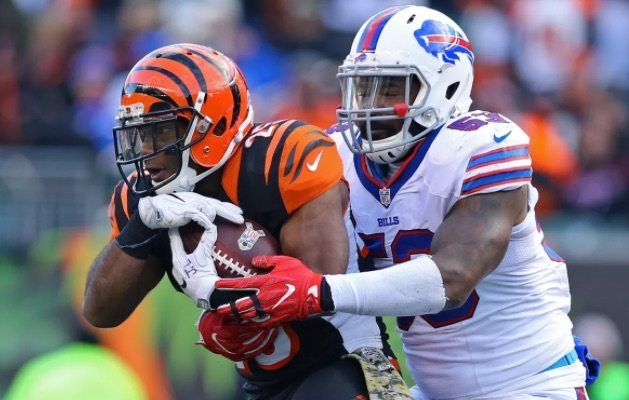 Interestingly, one of the top five picks was preordained to lose or push because the Bills and Bengals were both lumped in there. The polarizing matchup saw the Bengals cover by a score of 20-16 thanks to a late field goal.

Nearly 40% of the pool is comprised of Lions believers (or were last week), or perhaps weren’t buying the Panthers and Cam Newton’s offensive resurgence after taking down the Patriots on the road. Carolina backup tight end Ed Dickson’s days of being “Not Greg Olsen” are probably over after his five catch, 175-yard outburst on Sunday. Carolina won and covered, 27-24.

Meanwhile a lot of SuperContest-ants believed Houston and Deshaun Watson would hand the Chiefs their first defeat, but the Chiefs remain perfect in the standings and 5-0 against the spread after a 42-34 rout that was not as close as the score. Houston suffered a pair of devastating losses early in the game when OLB Whitney Mercilus went down, followed by J.J. Watt. Both are done for the season with a torn pectoral and fractured lower leg bone (tibial plateau), respectively.

The largest line of the week, the Jaguars +8 at the Steelers, rewarded 16% (440 picks) in a completely sweat-free laugher that saw Ben Roethlisberger throw five interceptions, two of them returned for touchdowns.

A perfect 5-0 week puts “CALI CAPPERS” atop the standings with a sterling 20-5 (80%) mark on the season. Right behind is “SEOUL CYCLE” with 19.5, while last week’s co-leaders, “PHD SPORTS” and “SCHEMATIC ADVANTAGE,” both lost three games (2-3) and fall into an 11-way tie for third with 19 points overall.  Better to hunt than be hunted? Best to win it all.