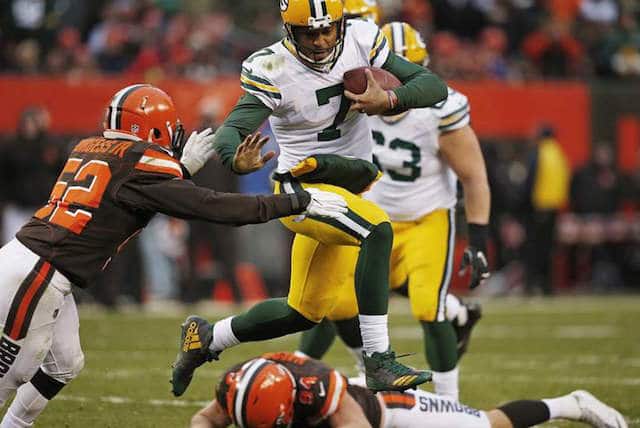 It wasn’t quite the average 2.91 points apiece in Week 14 but Westgate Las Vegas SuperContest players collectively turned in another decent performance with an average 2.63 haul in Week 14, with NFC leaders figuring heavily in the decision. 619 players also cashed on the Cleveland Browns’ (+3) ability to bungle any spread under any circumstances, as they surrendered a 14-point fourth quarter lead and allowed a Green Bay Packers touchdown in overtime, depriving Browns backers (a dangerous place to be in sports betting) even a half-point for a push.

Here’s the against-the-spread record (and other records) for NFL Week 14 and year-to-date, courtesy OddsShark. Then we’ll get to the SuperContest selections and look closer at the results: 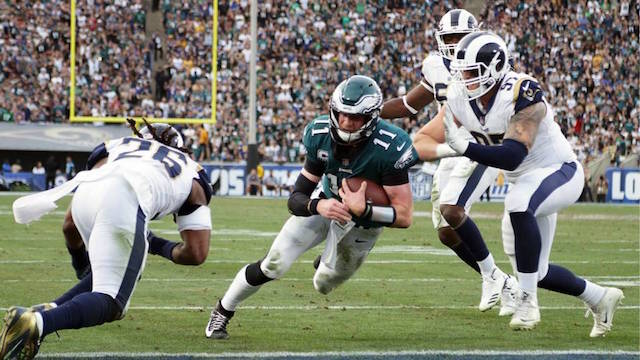 Here’s a snapshot of the most popular Week 14 picks among the field of 2,748 in the $1,500 per-entry contest that will pay over $1 million to the winner (courtesy FantasySuperContest):

Interestingly, each of the top five consensus picks were road teams, which enjoyed a 9-7 week overall. Pour one out for Eagles QB Carson Wentz who went down for the season with a torn ACL after setting an Eagles franchise record 33rd touchdown pass, helping lift the Eagles to 11-2 overall and 10-3 against-the-spread.

The other NFC leaders fared worse on the East coast, where the Panthers found two big holes in a typically stout Vikings rushing defense; Jonathan Stewart broke a 60-yard rushing score and Cam Newton ripped one for 62 en route to a 31-24 Panthers victory. And in Jacksonville, things are taking on an air of legitimacy as QB Blake Bortles acquitted himself nicely against the Seahawks, and the Jags offensive line managed to push bodies as the offense rushed 39 times for 156 yards, controlling the clock for 33 minutes. But you can never sleep on Seattle as two lapses in the Jags secondary in the fourth quarter spelled 14 points and near-disaster.

I’ve run out of things to say about the Browns other than don’t ever, ever, bet on them. It will end badly, or rather, it will end well for the opponent as it did for nearly one-quarter of the SuperContest field, including three in the top 10 overall who benefited from the latest bout of Browns.

The leader remains GRANNYS BOY (49 points, 71.6%), who maintained his two-point margin on SCHEMATIC ADVANTAGE (47.5) and further over the rest of the pack. Tip of the cap to GARYSOTHERMISTRESS, who adulterated her/his way into the top 10 with a 5-0 showing this week. Shares of the BIOSOFT Corporation remain high as (entries “BIOSOFT GLOBAL” and “BIOSOFT SPORTS”) they’re hanging near the top at just 2.5 and 3.5 points off GRANNY.