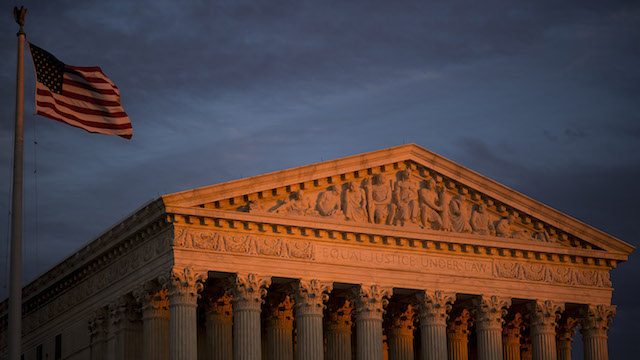 On Monday a broad coalition of organizations led by Stop Predatory Gambling filed an amicus brief (“friends of the court”) in the Supreme Court of the United States, supporting the NCAA, NFL and major professional sports in their opposition to New Jersey’s case (Christie vs. NCAA) seeking to bring sports betting into the state.

Specifically, New Jersey and petitioner, New Jersey Thoroughbred Horsemen’s Association, Inc., argue that the 1992 law known as PASPA (the Professional and Amateur Sports Protection Act) is unconstitutional because, among other things, it “commandeers” states to maintain laws prohibiting sports betting and use state resources to enforce federal law.

The 30 groups, which include the Public Health Advocacy Institute and Concerned Women for America, spend the majority of the 33-page brief discussing negative effects and social costs of gambling.

The groups are “united in their opposition to the exploitation of American communities through commercial gambling” the brief reads. There is some discussion of the constitutional law and legal doctrines on which the case will likely turn, but the brief is largely about public policy and welfare.

One of the major aspects of this case is federalism and the balance between federal and state governments. To that point, the groups state at the outset, regarding PASPA’s enactment:

Later in the brief, the groups highlight research papers discussing gambling addiction, personal bankruptcies and elevated divorce rates associated with problem gambling, as well as financial costs to states themselves (such as crime) in connection with increased gambling activity.

The paper also points a 2015 study by Rachel A. Volberg et al. of the University of Massachusetts School of Public Health and Health Sciences, showing a higher prevalence of gambling problems among sports bettors as compared with other forms of gambling, such as instant lottery games and casino games.