Each circled date has begun the same: two cups of coffee, some pacing, and mood tracks ranging from Tom Petty’s “The Waiting” to Europe’s “The Final Countdown.” After five fire drills, Monday April 2 may really be the day that the Supreme Court issues its decision in Murphy v NCAA, the outcome of which will shape the future and legality of sports betting in the United States.

In sports betting parlance, “sweat” refers to a bettor’s twisting, turning anticipation while watching a game and a wager unfold. Sometimes games get decided in a meaningless last second basket or on a goofy desperation lateral resulting in a defensive touchdown. The nine Supreme Court justices will not decide this case in a haphazard fashion, but they will be wearing uniforms and the sweat has felt awfully similar.

At around 9:50 a.m ET on five possible decision days in March, I’ve pulled up the SCOTUS Blog live chat, where Supreme Court reporters quickly identify cases that the court has decided and the result. In another tab there’s the official Supreme Court website, where small gavel icons hold the key to PDFs that contain a decision. Reload the page. Repeat. The heart skips a beat. Lean back in the chair. Get up and fill a glass of water. Back to work.

March 5 marked the first “non-argument session” when the ruling realistically could have come.

A non-argument session is when justices sit at the bench but do not hear argument, rather they typically read opinions (decisions), in part or in full. 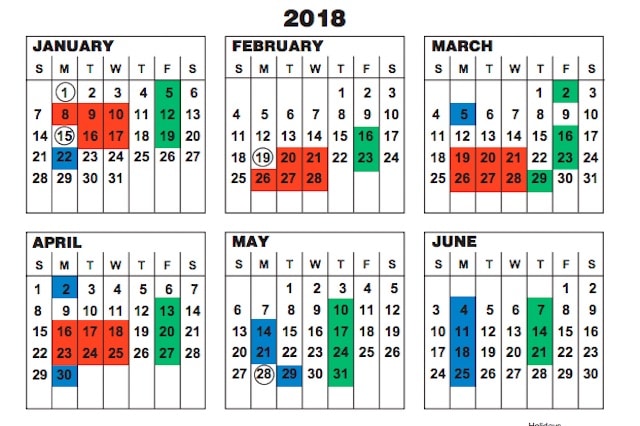 Given the magnitude of this case — with far-reaching implications for matters of states’ rights and federalism that extend well beyond your and my ability to drop a Benjamin on a Villanova game — the decision will almost certainly get revealed on a non-argument session, rather than getting squished in before argument on a day marked red above. And the author of the majority opinion will probably read it in part, maybe in full. Which is why I have had April 2 and April 30 marked for a while.

April 2 will mark 119 days since the court heard oral argument in the case, putting the date squarely in the typical range of time between argument and decision day.

Well, a lot for states’ rights advocates. The 1992 federal law in dispute in Murphy v NCAA (formerly Christie v NCAA) is the Professional and Amateur Sports Protection Act, known as PASPA. The law prohibits states from authorizing, operating or licensing any sort of sportsbook or sports betting outfit. The kind that only exists now in Nevada because PASPA grandfathered in what Nevada had at the time. For nearly a decade, the State of New Jersey has battled the NCAA and major professional sports leagues over the constitutionality of this law. Because PASPA doesn’t outright ban gambling — which Congress could have done. Instead it basically tells states what they can and cannot do, and what laws they cannot make or even repeal. Lots of states are pissed off about this and 19 of them actually filed a brief supporting New Jersey’s cause.

But a lot has changed since superstar Supreme Court specialist Ted Olson argued New Jersey’s case against fellow All-Pro Paul Clement, who argued on behalf of the professional sports leagues. The NBA and MLB are now actively lobbying in favor of legal sports betting bills across about 16 states with over 30 lobbyists and league officials attending hearings in Kansas, Connecticut, West Virginia, New York and elsewhere. While the case is still pending! But there’s a catch.

They leagues only support legislation consistent with the kind they’ve cooked up that gives the leagues a direct cut of all wagers — for integrity purposes, later admitted to be a royalty payment  — as well as the right to control which data sportsbooks can use, plus a right to limit what kind of wagers sportsbooks can offer. An MLB official has said that they do not support legislation that does not contain the “integrity fee.”  Meanwhile the NFL conducted a year-long “secret study” about the possibility of expanded sports betting and this week advised the owners of the study’s contents. The league and owners probably sat through a Powerpoint presentation but all they’re seeing now is green.

Indeed a lot has happened over the past 119 days. Too much, almost, as there’s uncertainty abound as nearly two dozen states are contemplating legislation or have already passed bills that would make sports betting legal in their states — if the court rules that PASPA is unconstitutional.

Why am I sweating?

Well, I have a sweating problem. But figuratively, I and everyone involved with SportsHandle is a sports betting proponent and a proponent of states’ rights. We’re invested in sports betting’s legalization. So are a myriad of other companies positioning for what may come very soon. And come Monday, we’ll have waited four months.

“A new world is coming in sports wagering” wrote Richard N. Velotta for the Las Vegas Review-Journal. “It won’t be long before we start seeing what that world looks like.”

Of course, this thing may well drag out until late June — the end of the current SCOTUS term. On the plus side, that could mean that the ruling would coincide with the annual “Running of the Interns,” an athletic event of sorts.

I would much prefer this thing happens on Monday, April 2. Let us have it, Chief Justice Roberts.

Best of all, April 2 would produce a fitting end for this odyssey, because about 11 hours later the ball will tip in the NCAA Men’s Basketball National Championship. We’ll watch the culmination of the named respondent’s marquee sporting event and, hopefully, the dawn of an era where sports betting enthusiasts across this nation can place a wager legally.