The NCAA, NFL and pro sports leagues (the “Leagues”) have now staked out their ground in the Supreme Court sports betting case (Christie v NCAA). Just before the close of business on Monday, Paul D. Clement, attorney of record for Leagues, filed a brief on the merits that “stuck to the script” as we previously described it, arguing that the federal law effectively banning sports betting outside Nevada is perfectly constitutional because it doesn’t “commandeer” New Jersey (meaning, basically, the law doesn’t strip away states’ rights or force them to take action to enforce the law).

With the benefit of a bit more time to digest the 71-page brief, we now look a bit deeper at the Leagues’ arguments and also consider what they don’t discuss, which includes the proliferation of daily fantasy sports (which the Leagues certainly support) and regulatory oversight of sports betting. And they barely discuss Congress’s purpose for passing PASPA (the Professional and Amateur Sports Protection Act): to protect the “integrity” of the games, to stop the spread of sports betting, and to protect young people from sports betting. Why avoid that? Because many experts and members of Congress believe PASPA has completely failed at accomplish those goals.

Legal Expert John Holden Analyzes the Leagues’ Brief, Their Arguments, and Looks Ahead to Next Steps in New Jersey’s Supreme Court Betting Case

“Certainly Clement was very careful to avoid harming any of his client’s arguments at any point,” said Dr. John T. Holden, who spoke with SportsHandle to discuss the Leagues’ filing. Dr. Holden (@JohnSportsLaw) is a visiting Scholar at Florida State University who has written numerous articles in the realm of gaming law and sports betting, and whose own amicus brief (“friend of the court”) on aspects of the case was accepted by the Supreme Court for consideration.

One of the potential harms Dr. Holden references is NBA Commissioner Adam Silver’s 2014 op-ed in the New York Times in which Silver argues in favor of legal, regulated sports betting. Silver wrote in 2014 (emphasis added):

“In light of these domestic and global trends, the laws on sports betting should be changed. Congress should adopt a federal framework that allows states to authorize betting on professional sports, subject to strict regulatory requirements and technological safeguards.”

The Leagues’ brief makes no mention of Adam Silver. And while a federal framework or regulatory requirements for sports betting is perhaps a matter for the future, Dr. Holden argues that PASPA itself provides no framework or regulatory program for states to follow. The result? That void means New Jersey has to handle the federal law’s enforcement and dirty work. “There’s no one to enforce it” Dr. Holden says. “There’s no sports gambling commission” or anything of that kind.

“The Leagues don’t see it as New Jersey has to do anything” Dr. Holden continues. “But I quite clearly see it as, no, New Jersey has to maintain the status quo,” which includes keeping its sports betting prohibitions on the books, although the state has tried to repeal them. “If New Jersey doesn’t maintain their criminal laws of governing sports gambling, then there’s nothing that they can default to. There’s no federal program. So, the maintenance of that state criminal apparatus is commandeering.”

The Option to ‘Do Nothing’ or Get Rid of All The Laws: Real Options or Just Illusory?

Conversely, the Leagues argue that to comply with PASPA, New Jersey effectively has to do nothing other than refrain from licensing third parties to operate sportsbooks in the state, or go ahead and open up shop itself. But does doing nothing still constitute “commandeering” by the federal government, as New Jersey argues.

One point observers have previously discussed, which the Leagues reference, is colloquially known as the “nuclear option.” That is New Jersey’s theoretical option to completely repeal its laws prohibiting sports betting.

“They’re able to make that sort of dare without having to address the consequences” Dr. Holden says. If the “nuclear” option is really an option for New Jersey, which might make PASPA more palatable by theoretically giving New Jersey an option, a completely unregulated environment would follow. That would not be good for the consumer or the state. And that’s certainly not what Silver advocates for in his editorial, nor what Congress envisioned in 1992 when they sought to stamp out the spread of sports betting.

All of this said, Dr. Holden did find the Leagues’ brief very effective in what it did do, calling it a “very tactical strike.”

“It’s a sort of reframing of the arguments. It’s the same message over and over. It also drilled the weaknesses of the New Jersey law. [Clement] must have driven home at least three times that the New Jersey law exempts New Jersey teams [from sports betting in the state]. Well if it isn’t causing harm, why are you exempting your own teams? It’s one of the better briefs certainly in this litigation.”

Going forward, it’s difficult to predict where the conversation will go at oral arguments before the nine Supreme Court Justices. Dr. Holden ponders:

“Are they going to stick strictly to the anti-commandeering? Where this fits with New York and Printz? Are they going to ask questions about equal sovereignty? What’s the preemption status of PASPA? So I think a lot of that will depend on (a) whether Solicitor General’s office files a brief and (b) whether they request oral argument time.”

Next up in the case: New Jersey and co-petitioner, the New Jersey Thoroughbred Horsemen’s Association, have the opportunity to file a reply brief to rebut the Leagues’ argument. And the U.S. solicitor general, Noel Francisco, who acts as the government lawyer in the case, has the option to file a brief (in which he would defend PASPA). And then it’s a familiar battle cry for the Leagues — game on — at oral arguments on December 4. 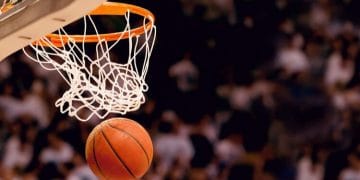