by Brett Smiley
in Opinion, Regulation

The waiting for the decision in the Supreme Court sports betting case, aka Murphy v NCAA (formerly known as Christie v NCAA) continues to be the hardest part.

Shortly after oral argument on Dec. 4, 2017, we compiled predictions and reactions, based largely on tea-leaf readings and initial impressions. Almost all of the snap reactions looked pretty sunny for New Jersey‘s chances of defeating the professional leagues and of securing the complete elimination of the 1992 federal ban (PASPA) on full-fledged sports betting.

What’s changed in the ensuing four-plus months? Well, in terms of the NBA’s and MLB’s position on legal sports betting, an awful lot. Also the tilt of the Earth’s axis. But with respect to the facts of the case, the briefs, arguments and the 10th Amendment of the U.S. Constitution, nothing. It’s possible the high court could hand down a decision Monday, April 30. It’s also possible it won’t do so until the end of June.

In the meantime, here are reasoned predictions from experienced, accomplished attorneys. Not all of the predictions will be welcomed by folks who want to see legal sports betting take hold without delay.

Eight Expert Predictions on the Outcome of Supreme Court Sports Betting Case: Some Have Optimism for New Jersey; Others See PASPA Prevailing; Some Expect a Narrow Ruling and Chaos

“I predict that by a 5-4 vote, the Supreme Court will find PASPA to be unconstitutional under the 10th Amendment in a way that allows any state to legalize sports betting, because four states were grandfathered in in the original legislation. This is a broader ground than a narrow holding that would allow only New Jersey to conduct sports wagering if they repeal all laws regulating  sports wagering.”

“SCOTUS strikes down two parts of PASPA that are unconstitutional: (1) The disparate treatment (grandfathering) of states violates the equal sovereignty doctrine; and (2) The delegation of regulatory power to private sports leagues violates the private nondelegation doctrine. The unconstitutional parts of PASPA are severable, so the rest of the law remains intact, and we have mass confusion!

“The vote: 6:3. Ginsburg, Sotomayor, and Kagan dissent. Concurring opinions among the six lead to serious head-scratching.”

Darren Heitner: The Fort Lauderdale-based Heitner is a principal of the law firm Heitner Legal, as well as an author and columnist for Forbes and Inc. magazines. He represents a diverse group of clients in gaming, sports, copyrights and trademark matters and more.

“I predict that the U.S. Supreme Court will be divided, but rule in a way that strikes the Professional and Amateur Sports Protection Act on the basis of it being unconstitutional and illegally restraining states from enacting their own laws and regulations concerning the wagering on live sporting events.”

Marc Dunbar: A partner of the law firm Jones Walker LLP, Dunbar has been recognized among the ‘The Best Lawyers in America” in gaming law. Based in Tallahassee, his practice focuses on gaming law, and business and commercial transactions.

“In my opinion, the court will break 6-3 and render parts of PASPA unconstitutional on an anti-commandeering basis. It is possible that the opinion is a plurality with two justices finding that the whole federal statute is infirm. Watch for opinions from Chief Justice Roberts, as well as opinions from Associates Gorsuch and Sotomayor. The opinion will clear the path for New Jersey to enter the sports betting market, but could not provide the opening for all states to jump into the fray.”

“I think the Supreme Court will rule in favor of the sports organizations by a 6-3 margin.  The sports organizations have won this case every time on the merits before over a dozen experienced and thoughtful federal judges by a margin of at least 2-1.  I do agree that New Jersey’s odds of winning are currently shorter than they have ever been since the sports organizations filed their first lawsuit in 2012. But I think most handicappers of the case are overreacting to the new ‘SCOTUS referees’ of the dispute and are overvaluing the mere fact that the Court accepted the case for review.

“I think Chief Justice Roberts is the pivotal vote and the decision will go the way the Chief Justice goes.  In the end, I think the Chief Justice and the majority of the Supreme Court will find that enforcement of PASPA is optional and that they will be reluctant to strip the sports organizations of their role under PASPA as ‘private attorneys general’ with the authority to permit or deny the expansion of sports betting beyond Nevada.  Both permitting and enforcement are functions of the executive branch of government, not the judicial branch. Private enforcement of this nature is constitutional and common under environmental, civil rights, labor and antitrust laws. I think for New Jersey to win the Chief Justice will have to substitute the judicial power for the sports organizations’ executive power and I do not think he will do so.”

Barry McFadden: McFadden is a founding member of the law firm Greathouse, Holloway and McFadden in Houston. He specializes in corporate law, mergers and acquisitions, and has extensive experience in hospitality, gaming and entertainment transactions.

“I have privately discussed the pending decision with a number of my casino-operator contacts and to borrow a craps reference, they all seem to have their money on the ‘Don’t Pass line’ at this point.  I am not sure how much of this sentiment is based upon actual legal analysis and may be based more on the fact that they have been down the path toward nationwide legalization in the past, only to be disappointed.  I am certain that they all have plans tucked away that can quickly be implemented if the Supreme Court surprises them.”

Justin Fielkow: A Chicago-based litigation attorney of The Franklin Law Group, who also represents a variety of clients in the sports realm; co-founder of The Sports Law Esquires blog and member of the Fantasy Sports Writers Association.

“While it is a very real possibility that the high court will strike down PASPA in its entirety, I think a more narrow victory for New Jersey could be the ultimate outcome. In such an event, the Supreme Court could rule that the state’s partial repeal – in which New Jersey, rather than approving a law authorizing sports betting, largely decriminalized and deregulated the activity within its borders – was permissible under PASPA. Not only would this be a short-term win for the state (and other states willing to deregulate), it could also have the long-term effect of spurring Congress to enact a federal regulatory framework.”

Fay Vincent: You probably know him as the eighth Commissioner of Major League Baseball (Sept. 1989-Sept. 1992). Vincent was involved in the passage of PASPA. He’s a graduate of Yale Law School and a former entertainment lawyer. He gives a nice history and summary of the case and offers a prediction.

Listen here at 23:45 or read the transcript below:

“It is highly likely that the Supreme Court is going to throw out the federal statute, because the 10th Amendment prohibits the federal government from forcing states to do something in furtherance of federal policy, in effect by pushing the states to adopt a statute to make something that is a matter of federal law become valid. … If the federal statute had said ‘betting on sports is illegal’ it would have been totally valid. By doing it in this half-baked, backwards way, the ‘kids’ or lawyers in the federal government made a terrible mistake. The Supreme Court at oral argument made it very clear that they believe the statute is unconstitutional. Because it was just badly written. And it’s going to get thrown out.” 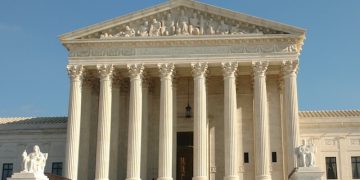 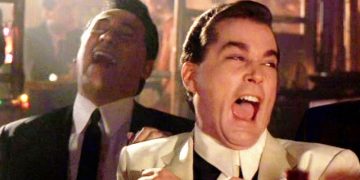