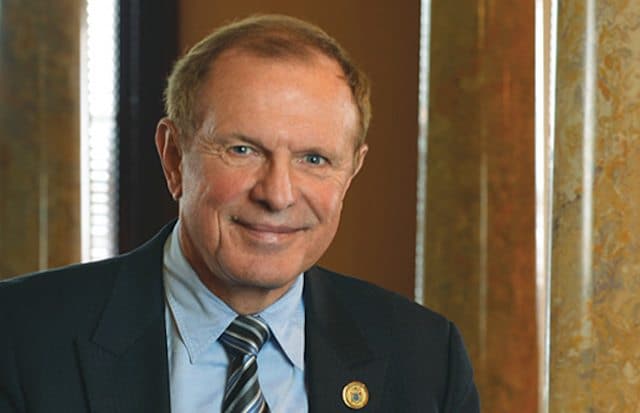 On Tuesday for the first time in 40 years, New Jersey Democratic State Senator Raymond Lesniak wasn’t running for anything on Election Day. He first won office in 1978 and has represented the 20th district in New Jersey’s Senate since 1982. This year Lesniak made a bid for New Jersey’s governorship, but lost in the June primary to the newly-elected Phil Murphy.

Although he’s leaving public office at the end of his term, Lesniak’s work is certainly not done. On December 4, Christie v NCAA, a case that bears the name of soon-to-be-former governor Chris Christie, will be heard in the Supreme Court of the United States. It’s colloquially known as the “Supreme Court Sports Betting Case” and Lesniak, an attorney and U.S. Army veteran, has been a champion for New Jersey’s fight for sports betting since the fight began almost a decade ago.

With just under one month until oral arguments, SportsHandle caught up with the senator (on Election Day) to reflect on the early days of the battle, where things stand now, and where different results in the high court might lead. (Note: The interview was lightly edited for clarity and brevity.)

The Lawmaker Fighting New Jersey’s Fight Since the Beginning of the Case, Ray Lesniak, Reflects on the State of the Supreme Court Betting Case, the Arguments and How New Jersey Stands to Benefit

SportsHandle:  You’ve been at the forefront of New Jersey’s efforts on sports betting since 2009. Now it’s 2017 and New Jersey has defied the odds, getting the Supreme Court to look at PASPA (the Professional and Amateur Sports Protection Act). Can you reflect on the journey to this point and give your sense of where things now stand in the case?

Senator Lesniak:  From the beginning when I first tried to get our congressional delegation to support changing PASPA in Congress, I didn’t even get a response, even though many of them are my personal friends. I realized this was going to be an uphill battle. We’ve certainly come a long way. I had to get a referendum passed in New Jersey because our Constitution prohibits any type of new gaming. New gaming initially was without approval by the voters. So, that was the first step and I think I got 72% support on that. It was overwhelmingly approved.

SportsHandle:  And then after that?

Senator Lesniak: And then I had my first legislation signed by Governor Christie, then another just challenging PASPA. Later I ran across, I believe it was a University of Virginia Law School law review article. The professor wrote about commandeering and the 10th Amendment, and the anti-commandeering aspect of it, which led me to believe that it would be applicable to the PASPA. That the federal government couldn’t force New Jersey to enforce its laws, and that’s when I passed the first law just saying that PASPA was unconstitutional. That got knocked down in the Superior Court and then in the Third Circuit. 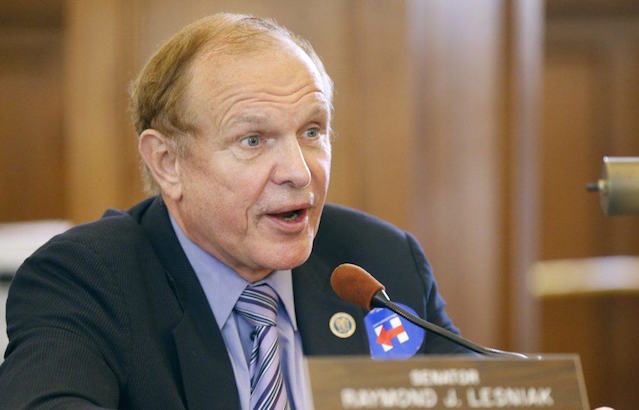 SportsHandle: And the decision there led to the so-called “partial repeal.”

Senator Lesniak: Yes, the court left seemingly an option. That we could repeal our laws against gambling, which is what I did. It got knocked down again, but this time we picked up a judge on our side, Judge Fuentes. The bottom line is that we’ve come a long way from when I couldn’t even get a response from our Congressional representatives about changing PASPA. Now there’s three different pieces of legislation, plus a referendum. Being knocked down twice by the Third Circuit, now before the Supreme Court with a good chance of success.

SportsHandle: Can you explain from your perspective New Jersey’s argument that PASPA constitutes a violation of the 10th Amendment? You mentioned anti-commandeering and there’s also the equal sovereignty doctrine.

Senator Lesniak: Well, exactly, and it’s ironic, by the way, that a liberal state and a liberal representative like me is using what has traditionally been a conservative 10th Amendment. We’re arguing about states’ rights, but that’s what’s gotten us to the Supreme Court and we’ll ride whatever horse gets us to the finish line.

Senator Lesniak: Exactly, yeah, and I just think it’s tremendously significant when they ask the Solicitor General for a brief as to whether they should even take the cases or not. And he said no and they took it anyway.

SportsHandle:  We published some remarks yesterday by representatives from the professional sports league, including the NBA’s Michael Zarren, the Celtics assistant GM and general counsel. He talked about Adam Silver’s position, which is generally support for legal, regulated sports betting. Yet they’re collectively still arguing that PASPA is necessary for the “integrity of the game.” Regardless how this case plays out, I wonder if this case represents the end of their collective resistance and support for PASPA.

Senator Lesniak: Well, you know, with the NFL, the greedy NFL. What did Trump say? I believe that they’re trying to figure out a way to get a piece of the action here. I mean they’re playing four games in Wembley Stadium now where people are betting in the stands, so that argument, that’s a shameful argument for them to make.

SportsHandle: I’m going to present a negative scenario for you and then get to the positive one. If the Supreme Court upholds PASPA, do you expect the New Jersey congressional representatives, Frank Pallone, Frank LoBiondo, Donald Norcross, Leonard Lance and others will push for a change in the federal level? And if so, how quickly?

Senator Lesniak: I do not, and even if they do push it, I don’t think they’d have much  chance of success because only a handful of states have joined us in asking for this. And you do have a conservative Congress and I don’t expect them to take a thorny issue like sports betting, which also has a moral arguments against it. So, I’m sure they’ll push for it but it’s hard to get anything through Congress these days so it will be very unlikely to get PASPA repealed.

SportsHandle: Now on the flipside, let’s suppose that New Jersey prevails. If PASPA is ruled unconstitutional, the 2014 law, your partial repeal, suppose it becomes valid and operative. In effect, sports betting will be permitted at New Jersey casinos and racetracks. Would New Jersey’s assembly then proceed under those parameters, or perhaps craft some new legislation that creates a licensing and regulatory framework?

Senator Lesniak: Well, we couldn’t. Because that’s the basis of the Supreme Court decision I believe. I think if we did add regulatory schemes, that would change the ballgame in terms of any legal decision. I think that would be struck down in a heartbeat.

SportsHandle: So then where does that leave the state?

Senator Lesniak:  It would leave the state at what my original intent was in the first place, and that is to boost our ailing casino industry in Atlantic City, and our ailing racetrack industry, which supports a lot of open space in the state of New Jersey in addition to providing a lot of jobs. So, that would be fine and dandy to me.

SportsHandle:  The point that I’m confused on is under the 2014 partial repeal, if it becomes operative is there still the ability for the state to step in and license and therefore collect tax revenue?

Senator Lesniak:  No, not directly collect tax revenue. It would only be tax revenue on the profitability of the corporation running it, and you know the income tax from the additional employees.

SportsHandle:  You said previously “sports betting will be a lifeline of the casinos putting people back to work and generating economic activity in a growth industry.” Can you expand on the potential impact you think sports betting would have for Atlantic City and statewide?

Senator Lesniak: The biggest problem with Atlantic City that Las Vegas doesn’t have, is that the average stay of any visitor to Atlantic City is 10 hours. But the typical sports better will go and spend a long weekend. If visiting for the NCAA basketball tournament, this could be weeklong stays at a time. And there are also other big events, for instance, New Jersey is very diverse. Soccer is big, so soccer bettors would be attracted to Atlantic City. So, it’s not as much the profits from the sports betting itself, but the economic activity by visitors who will stay there overnight and longer periods of time throughout the year. That will, in my opinion, jumpstart one or two casinos to re-open.

SportsHandle: A number of other states, including neighbors such as Pennsylvania and Maryland, are preparing to enter the market as well. Do you view that at all as a potential threat to New Jersey’s opportunity?

Senator Lesniak: You know, not at all. There’s plenty to go around. I mean this is what, a $300 billion dollar industry nationwide, according to the FBI?

SportsHandle: On perhaps minor challenge I’m sensing with respect to setting up operations, is the talent necessary to run a profitable sportsbook. There’s only so many people who already have the requisite experience at the top.

Senator Lesniak: That’s true. By the way, the biggest rooters that we have are the sportsbooks in Las Vegas. Monmouth racetrack and they have relationships with resorts. Already have William Hill, they’re ready to go. So, that will be the challenge, you’re right they could lose money if it’s not handled properly. It’s certainly hasn’t proved to be a problem in Las Vegas or in London.