by Mike Seely
in Legal 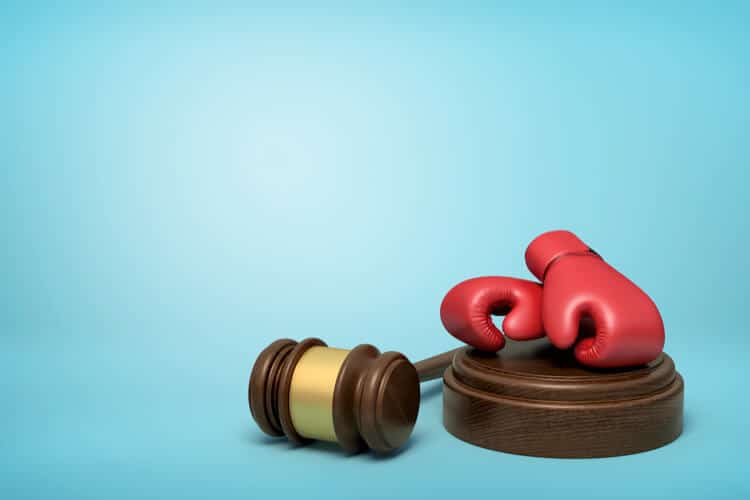 During Thursday’s monthly meeting of the Washington State Gambling Commission — the first to be held since the start of a legislative session that began Monday — Chairman Bud Sizemore introduced Interim Legislative Liaison Tommy Oakes by saying, “I know it’s only Day Four of session, but it probably feels like Week Four for Tommy.”

The same could probably be said for Sizemore, one of several co-defendants named in a federal lawsuit filed by Maverick Gaming over what the card room operator says is the state’s improper application of the Indian Gaming Regulatory Act (IGRA), which Congress passed in 1988. Maverick’s lawsuit, which was filed Tuesday in the United States District Court for the District of Columbia, claims that certain Washington officials, including Sizemore and Gov. Jay Inslee, have unlawfully handed Native American tribes a monopoly over sports betting and other types of gaming.

In a nutshell, the lawsuit goes on to state that IGRA was meant to establish a level playing field for Indian tribes and private gaming operators — not to give one a leg up over the other. It doubles down on this claim by alleging that Washington state’s “tribal monopoly also violates the Constitution’s guarantee of equal protection of the laws by irrationally and impermissibly discriminating on the basis of race and ancestry.”

“The Indian Gaming Regulatory Act was intended to guarantee parity between tribal and non-tribal gaming, but unfortunately Washington State is misusing IGRA to instead create tribal monopolies on certain types of gaming, such as sports betting,” said Theodore B. Olson, one of the attorneys representing Maverick, in a press release. “Contrary to IGRA’s own words, the law is being used to insulate tribes in Washington State from competition that exists in many other states with legal gaming marketplaces. We look forward to resolving this matter so that IGRA’s intent and wording are reflected in Washington State’s regulated gaming marketplace for tribal and commercial businesses.”

Olson one of country’s foremost litigators

It is no exaggeration to say that Olson, who served as solicitor general under President George W. Bush, is one of the most formidable litigators in the country. He represented Bush in his victorious bid to win the presidency after the 2000 Florida recount and, on the other end of political spectrum, succeeded in preventing California’s Proposition 8, which would have banned same-sex marriage, from becoming law.

But for sports and gaming aficionados, Olson’s name takes on outsize importance on account of his role as the primary attorney representing then-Gov. Chris Christie and the state of New Jersey in the successful 2018 effort to have the Supreme Court repeal the Professional and Amateur Sports Protection Act (PASPA), clearing the way for states outside of Nevada to offer legal, regulated sports wagering. Olson also represented Tom Brady in the “Deflategate” scandal.

In Washington state, sports betting is restricted to tribal casinos, where mobile wagering is only available onsite. Unsurprisingly, Native American stakeholders question the credibility of Maverick’s lawsuit, which seeks to void tribal compacts and open the sports betting market up to private operators.

“Maverick Gaming’s newly announced federal lawsuit is a desperate attempt to overturn federal law, the will of the Washington State legislature, state and federal agency decisions, and the clearly expressed sentiments of the general public in Washington state,” Rebecca George, executive director of the Washington Indian Gaming Association (WIGA), said in a statement. “It would severely undermine the well-regulated and safe system of limited gaming that has been established in Washington state over three decades of carefully negotiated compacts between the State of Washington and Native American tribes.

“Those compacts are fully in keeping with the federal Indian Gaming Regulatory Act, as well as with state law, and have been repeatedly vetted at multiple levels of regulatory oversight. In short, this dangerous and destructive lawsuit is without merit, and were it to somehow be successful, it would cause irreparable harm … to historically marginalized tribal communities.”

Maverick’s lawsuit wasn’t mentioned during Thursday’s commission meeting, but the company’s president of Washington operations, Tim Merrill, was heavily involved in the proceedings, presenting three petitions — none pertaining to sports betting — for consideration. Two of Merrill’s petitions, one involving floor surveillance at card rooms and another involving the installation of ticket-in-ticket-out (TITO) kiosks for table games, unanimously advanced to the rule-making phase.

But Merrill’s third petition, which sought to raise table limits to $500 (the current tribal standard) at three-quarters of a venue’s tables and $1,000 at the other 25%, was met with wariness. This compelled Merrill, who eventually agreed to withdraw the petition so it could be discussed further, to ask the commissioners, “How is the commission comfortable allowing limits such as this through tribal compacts, then all of a sudden there’s not comfort allowing that at a private level?”

Commissioner Kristine Reeves, who is also named as a defendant in Maverick’s lawsuit, replied that she didn’t feel Maverick had presented “a well-articulated argument as to the necessity for” raising table limits. But Merrill’s statement could just as easily have been applied to Maverick’s inability to offer sports wagering, a prohibition it failed to get reversed during the 2021 legislative session.

Similar legislation, with bipartisan sponsorship, was pre-filed for the current session. But on Jan. 4, before the session started, Rep. Shelley Kloba, the chair of the House’s Commerce & Gaming Committee, informed one of the bill’s sponsors, Democrat Amy Walen, that the legislation would not be scheduled for a hearing this year.

“Allowing sports wagering to happen outside of the very tightly regulated tribal compacts could diminish this source of revenue that has been so crucial for the tribes to survive and thrive, and strengthen themselves to the point that they are in a position to give back to the greater community,” Kloba, a fellow Democrat, wrote in explaining her decision. “I think we have an obligation to honor the IGRA purpose ‘… to protect such gaming as a means of generating tribal revenue’ and do not think it is appropriate to water down that protection.”

To this, Walen replied, “I’ve looked into the Indian Gaming Regulatory Act — it does not give tribes exclusive rights to operate gaming. … It’s the opposite in many states, and could be here. The Act says that a tribe ‘may offer a gambling activity only if that activity is expressly allowed for any person or entity in the state.’ So in other words, the Act was intended to give Tribes the same rights as everyone else in the state with respect to gaming, not an exclusive.

“A carefully constructed regulated market for sports betting can and should combat the illicit market that is alive and thriving across our state and online,” she continued. “Card rooms in local communities offer a safe and secure option to stay close to home. … It’s a very different customer base at a local card room than at a large casino. No valet. No hotel. 15 tables max — a modest neighborhood experience. These customers should have access to legal sports betting, in my opinion.” 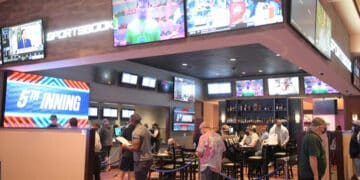 A Year Into Sports Betting, The Action’s Elsewhere In Washington State