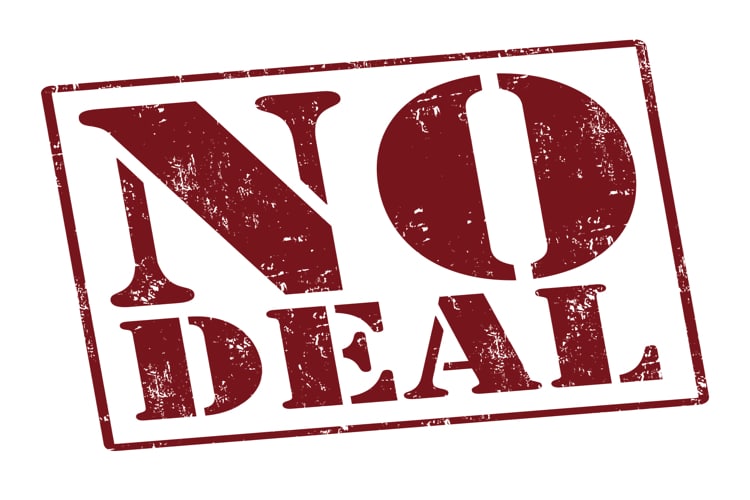 Tekkorp Digital Acquisition, which was the only applicant moved forward by the Illinois Gaming Board in late April for an online-only sports wagering license, announced Tuesday it will not seek a vote to extend talks with Playtech, Caliente Interactive, and Calipay, essentially ending its pursuit to enter the marketplace.

In a statement released late Tuesday afternoon, Tekkorp cited changing market conditions and an inability to complete a deal by the Oct. 26 deadline required. It will also begin winding down its special purpose acqusition company (SPAC) that had $250.4 million in a trust account. Tekkorp announced plans for the SPAC in September 2020 and raised nearly $300 million in its Initial Public Offering that was made official Oct. 26, 2020, starting the two-year clock.

As a result of persistently high valuation expectations combined with an increasingly volatile market and declining IPO market, the Company was unable to secure an opportunity that it believes would offer a compelling return on investment for its shareholders. In light of these circumstances, the Company has determined that it is not feasible to complete an initial business combination by October 26, 2022 and no longer believes that seeking an extension to such date would allow the Company to secure a compelling opportunity for its shareholders.

Is an application process reset coming?

The announcement means Tekkorp is expected to withdraw its application, leaving no active applicants for Illinois‘ three online-only sports wagering licenses. Three applications were originally accepted by the Illinois Gaming Board last December, but Betway withdrew during the vetting process and Fubo Sportsbook was rejected by the state agency. A fourth applicant, widely reported to be Tipico, was never granted consideration since its application was received shortly after the Dec. 3 deadline.

Tekkorp had reportedly been in talks with Caliente Interactive — a Mexican-based sportsbook owned by Playtech — since December. Because the IGB could not disclose who the applicants were for the three online-only licenses available per state law, Tekkorp was an unexpected entrant and a bigger surprise to be moved forward.

Illinois currently has only seven mobile operators but has still muscled its way into a top-three spot nationally when it comes to monthly handle and accepted $14.2 billion in wagers since launching shortly before the pandemic in March 2020. It is one of four states — along with New Jersey, Nevada, and Pennsylvania — to surpass $1 billion in operator revenue during the post-PASPA era.