Mobile sports betting is now legal in the state of Tennessee. The state has introduced the first online-only model in the U.S. with the first apps projected to launch sometime in 2020.

The state’s law took effect in early-July 2019, without the signature of Governor Bill Lee.

Historically, Tennessee has not been known as being “gambling friendly” so setting up a complex betting apparatus has been a slow but deliberate process.

This page will serve as a way to keep anticipated players apprised of progress related to rules, regulations and the launch timetable. After the mobile platform is running, the page will keep users abreast of how betting works, possible glitches and fixes, available sportsbooks and how to take advantage of free bets and bonuses.

Tennessee has no casinos or racetracks, so it’s not exactly conducive to retail sportsbooks.

Furthermore, there is nothing in the law that allows for land-based books. For now, and the foreseeable future, Tennessee will support a mobile-only sports betting industry.

The lack of retail outlets should hardly impede the industry, as in other states with both land-based and online delivery channels, online accounts for a large majority of wagers placed.

Tennessee is still a few steps away from announcing the mobile sportsbooks that will operate in the state.

The industry is regulated by the Tennessee Education Lottery Corporation, in accordance with a new Sports Wagering Advisory Council, that will advise the lottery corporation on various topics including tech assistance and best practices. The group is expected to meet quarterly.

As far as which operators will be present in Tennessee, we currently do not know for certain. What we do know, is that there is no limitation on how many operators can receive a license. So as long as an operator is approved by regulators, they’re good to go.

Given this leniency, we expect to see nearly all the major players that currently conduct online sports betting operations in other states, along with a few niche books, to enter the mix. 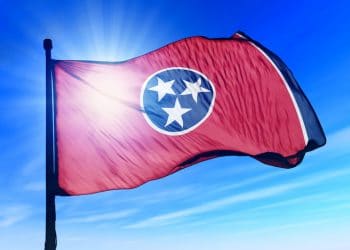 A House subcommittee adjourned a meeting Tuesday without considering a bill that could strip the Lottery of certain regulatory duties. 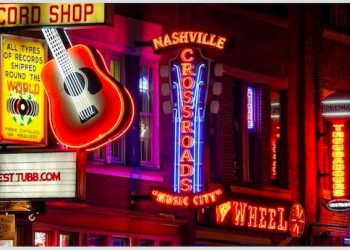 The TELC and its advisory council is expected to meet again in March at which time the rules may be closer to adoption. The situation is fluid. 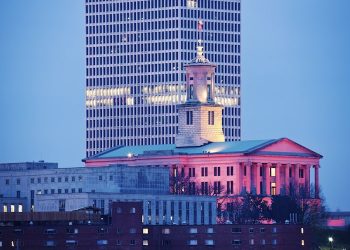 A rule that would have made a parlay a loss if one leg was a push will be revised, and regulators will revisit an 85% "cap."

Sports betting across the United States became a possibility when the U.S. Supreme Court, ruling on a lawsuit filed by New Jersey, overturned the Professional and Amateur Sports Protection Act of 1992 in May 2018.

The law originally was enacted to define the legal status of betting nationwide, outlawing the practice in all but a few states — Oregon, Delaware, and Montana –that had established sports lotteries, and Nevada, which had full-fledged sports betting.

When the high court ruled in favor of the Garden State’s challenge in May 2018 it made it possible for states to approve and implement sports wagering.

Is sports betting live in the state of Tennessee?

Not yet. The projected date for mobile sports betting is sometime in early-to-mid 2020, with at least an off chance that the industry will go live before the Super Bowl.

There will be no retail sports betting in Tennessee.

Who can place a real-money sports bet in Tennessee?

Bettors must be 21 years of age to place a sports wager in Tennessee. That is the age limit in most states that have legalized sports betting since May 2018 when the U.S. Supreme Court overturned the Professional and Amateur Sports Protection Act.

The law doesn’t detail specifics about geolocation technology but it’s a given it will be part of operational regulations written by the Tennessee Lottery to ensure the wager is coming from within state lines. We suspect, bettors must be geolocated via WiFi or 4G within Tennessee state borders before placing a wager. This will apply whether you’re a Tennessee resident or not. However, we do predict that you’ll be able to create an account, view lines, and conduct other account management tasks without physically being located in Tennessee.

How many online sportsbooks will be available in Tennessee?

Considering there is no limit on how many operators can apply for sports betting licenses, we foresee a very competitive market, chock full of sportsbooks.

With a high annual licensing fee and a 20 percent tax rate, Tennessee is a pretty harsh climate for sports betting operators. Yet, the inhospitable landscape in Pennsylvania hardly deterred big-name operators like FanDuel, DraftKings, and FOX Bet from entering the mix, and we suspect it won’t in Tennessee.

Smaller and mid-sized operations may not see a path to sustainability and could bow out of the market.

Undoubtedly. One of the primary marketing devices of online sportsbooks, especially in new markets, is to offer new players lucrative welcome packages. Check this page out frequently for exclusive promo codes.

How will I deposit online?

One of the main benefits of legal sites is that they make it exceedingly simple to get money on (and off) line.

Based on payment methods offered in other markets, we should see the following deposit methods, at minimum:

The one payment method that won’t be available is cash at the casino cage, simply because there are no casinos or racetracks in Tennessee.

What bet types and betting markets will be available?

There are no major restrictions on what markets sportsbooks are allowed to support, outside a ban on in-play wagers for college sports. Expect to see lines offered for all major pro sports (NBA, NHL, MLB, NFL), college basketball and football, golf, tennis, soccer, and some niche offerings like cricket and darts.

What is the history of sports betting in Tennessee?

The state government of Tennessee has consistently held a firm grip on all forms of gambling. Poker rooms and casinos also are non-existent.

As with any prohibition of a practice, horse racing flourished in the 1800s but a ban on betting killed off the practice in 1906.

In 2003, a lottery referendum was approved to support education. The first drawing was made in 2004 and it is very popular.

In 2010, limited and licensed charity bingo and lottery events were approved.

Fantasy sports were approved by lawmakers in 2016 with the passage of the Fantasy Sports Act.

How legal sports betting came to be in Tennessee

Tennessee’s final sports betting legislation was borne from bills introduced in 2018 in both chambers of the Tennessee legislature.

The state’s history of tepid interest in gambling overall and Gov. Bill Lee voicing his opposition to widespread gambling expansion prompted a compromise between he and the state’s General Assembly.

Tennessee is the first state in the U.S. to approve a mobile-only sports betting model.

The legislation was sent to Gov. Lee’s desk where it was returned without his signature on May 24, 2019.

His accompanying letter said “I do not believe the expansion of gambling through sports betting is in the best interest of our state, but I appreciate the General Assembly efforts to remove brick and mortar establishments. … We see this issue differently but let me be clear: my future efforts to expand gambling or introduce casinos in
Tennessee will assure my veto.”

The next steps for implementation of the law include completing appointments to the betting advisory panel, writing and approval of operational obligations, acceptance and vetting of sportsbooks and geolocation technology applicants, installation, testing and implementation of the mobile sports betting apparatus.

The switch is expected to be flipped sometime in early- or mid-2020.