Game, Bet, Match: Europeans Love to Wager on Tennis. Will US Gamblers Ever Follow Suit? 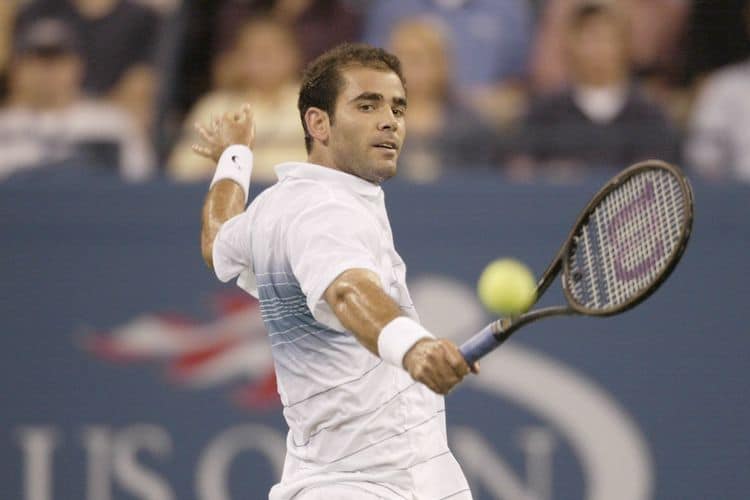 A funny thing happened during the darkest days of the coronavirus pandemic. When the vast majority of major sports suspended play for a prolonged spell, a semi-pro table tennis league, the Russian Liga Pro, streamed matches around the clock. They attracted millions of dollars in wagers from bettors who were bored out of their minds, desperate to gamble on something.

American gamblers were not immune to this unlikely Soviet sensation, but common wisdom dictated that the frenzy would die down considerably once the bigger sports came back online. Strangely, that never happened—especially in Colorado.

“Even though major sports have returned, for some reason, table tennis still ranks pretty high in Colorado,” said Ryan Rodenberg, a Florida State University associate professor who focuses on sports law. “Some fans must have found it attractive during the shutdown when there was nothing else to bet on and have stuck with it. It was just a bunch of guys playing ping-pong 24 hours a day, but there was always content.”

Actual tennis — the kind played on courts, not tables — is huge in Europe, ranking below only soccer and basketball in markets outside the United Kingdom, where horse racing pulls in a prettier penny. But it’s struggled to find its footing in the U.S. sports gambling market, where pro and college football and other major team sports reign supreme, and where there hasn’t been a marquee men’s singles player for what feels like forever.

“Tennis betting is almost entirely about the majors,” said John Murray, executive director of sportsbook operations for the SuperBook at Westgate Las Vegas.  “For tennis to really take off, you’d need a big American superstar, like what golf had with Tiger Woods. Pete Sampras and Andre Agassi — you’d probably have to go back 20-some years. If you could get back to that, it’d certainly be great for business. People seem to watch and bet more when that happens.”

Tennis wagers account for a mere 1% of the total sports handle at Westgate. If you think that’s bad, it rings up to just one quarter of 1% at Baldini’s Casino in northern Nevada. The man who runs the sportsbook there, Robert Kowalski, said it would be “a win” if tennis nudged its way up to a full 1%.

“There’s just not as much interest in the weekly events,” said Kowalski. “[Bettors will] look at the majors, and even then, it’s a real struggle. Is it the fact that it’s not a team sport? Is it the fact that the events start at 3 a.m. locally? They just don’t know the players as much?”

But, as Kowalski and others see it, the increasing popularity of mobile and in-match wagering gives the sport room to grow.

“Sports in general, people are betting more in-play than pre-game,” he said. “Every point, how many faults — there are so many ways to bet.”

“I look at the popularity that table tennis seems to have sustained in the Colorado market post-major sports blackout and see the tennis product being able to capitalize on that developing interest in a point-by-point-style live betting experience,” said Matthew Trenhaile, a London-based betting industry analyst. “It is a great live betting sport, so as the market sees more live betting, I think there will be a natural gravitation toward it. There is a huge number of matches across a wide range of time zones, so most apps should be able to provide a tennis match for large portions of the day.”

Yet Trenhaile acknowledged that there are challenges ahead.

“U.S. tennis has only really had Serena [Williams] as a standout player and personality to drive engagement for a long time, and it would benefit from more top-level players with a strong social-media presence,” he said.

Another hurdle: tennis’ reputation as a sport that’s easily fixed. As Westgate’s Murray puts it, “Any sport with an individual athlete is easier to throw than a team sport. Tennis is the easiest sport to fix because a player can just start the match and say they can’t continue, and it only takes one player involved to do that.”

How this sort of situation is treated varies from sportsbook to sportsbook.  Westgate requires that a match actually be completed, or else all bets are off. But other books have lower thresholds, such as requiring just one set to be completed for bets to be paid off in the event that a player retires from a match prematurely.

Suspicious activity in pre-match betting pools can also signal that a match might not be on the up and up. In 2016, for instance, Pinnacle Sports suspended betting on a mixed doubles match in the first round of the Australian Open when a peculiarly large amount of money was put down on a duo that wound up winning 6-0, 6-3 — with the first set lasting only 20 minutes. And a 2016 BBC investigation revealed that 16 players in the Top 50 had been flagged over match-throwing suspicions in the space of a decade.

The problem is worse in the sport’s minor leagues. Unlike in baseball, where every athlete is guaranteed a modest salary, thousands of pro players on the World Tennis Tour and other lower-rung circuits struggle to merely break even in their quixotic quest to get wiped off the court in a first-round match against Novak Djokovic one day.

“Everyone who’s not on the ATP tour level on the men’s tennis side of things, you can make more money fixing a minor-level match than you’re going to get paid, and a lot of the guys who are grinding on that part of the tour, they have a tough time making ends meet on tournament winnings,” said Drew Dinsick, a sports betting analyst for NBC Sports Edge and an avid tennis bettor who lives in Long Beach, Calif. “You’re traveling around the world, you’re paying trainers, you’re staying in hotels. It’s a pretty costly sport if you’re not from a wealthy family, so I get why [match-fixing] happens.”

Tennis’ integrity issues became so pronounced that the sport’s governing bodies, including the International Tennis Federation (ITF), commissioned an independent panel to identify ways to reduce crooked play. Among the panel’s 2018 recommendations was a ban on the sale of official data on the lowly Futures Tour as a means of discouraging gambling on such matches.

However, Dinsick feels that the sport has “done a pretty good job” policing nefarious behavior in its lower ranks—and he’s not alone.

“The vast majority of tennis at this level is played in absolutely the right way, and trying to adopt a prohibition approach is not the right answer,” said David Lampitt, managing director of sports partnerships for Sportradar, a leading sports data provider. “Ensuring that the market is appropriately controlled and monitored is far better than saying we’re going to discontinue betting. This could push [wagering] into the shadows and create a black market.”

“Bookmakers are reporting every conceivable integrity concern they have,” said Trenhaile. “Personally, I feel that these bodies (ITF, ATP, WTA, etc.) have been slow to react to this data. Bookmakers now routinely maintain lists of players they will no longer offer odds on, but I feel the organizations should be taking more drastic and swifter action.”

“I believe that gamblers should have access to real-time data and betting should be allowed on lower-level circuits for several reasons,” he added. “Firstly, betting boosts engagement and interest in sports. Fans bet on sports and bettors become fans. With TV contract numbers stalling for all but the highest level of sport, there is also a need to bring more revenue streams online for the benefit of all who play a sport. Data is that new revenue stream and betting companies know it makes for great products that fans want to interact with.

“My larger concern is that earnings from data on lower-level circuits will not manifest itself in funding for grassroots projects or larger prize funds at that level. A lot of people are making good money from ITF data, for example, and more of that money needs to ensure that being a professional tennis player is a more economically viable career at the lower levels.”

Integrity issues aside, tennis is a sport that inherently provides a plethora of in-match wagering opportunities, which, as Kowalski noted, is where sports betting in general is headed.

“It’s the ideal sport for in-match wagering,” said Dinsick. “Compare it to something like soccer. You’ll get a goal every 30 minutes, whereas [in tennis] you’re going to have swings in-match five, 10, 20 times, depending on whether it’s a best of three, best of five. There are a lot more buy-low, sell-high opportunities in tennis than any other sport except for maybe the NBA.”

Dinsick feels that prop bets — like how many aces a match will feature or which player will win the next point — “are great ways to get people involved,” but he’d also like to see oddsmakers play the long game and offer futures pools involving up-and-coming players.

“There’s really no way to have a long-term position on a player as they develop and win,” he said. “It really would be worthwhile if you could invest in a player — if you were grinding on the [ATP] Challenger level and said, ‘This guy’s going to be amazing,’ and you could buy in and sell when you think he’s reached his peak. That sort of buy-low, sell-high market over a longer-term career would be huge in terms of bringing player fandom and gambling into the same boat.”