Is Texas Next For Sports Betting? There’s Been Lots Of Smoke, But No Fire 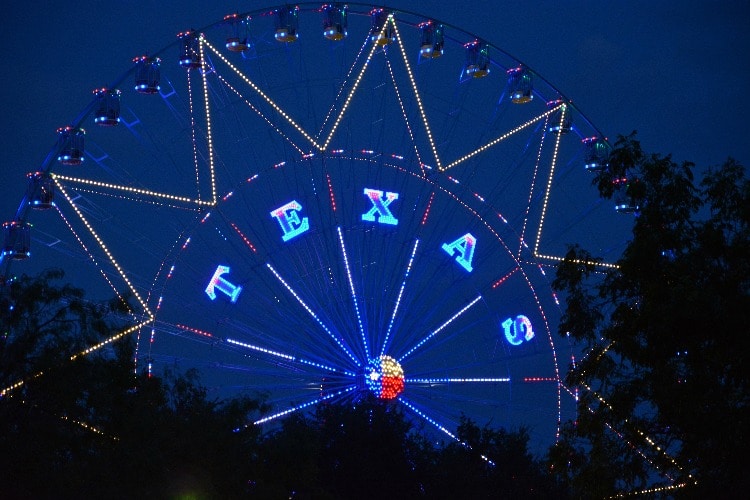 Is Texas a serious candidate to join the ranks among legal sports betting states in the U.S.? Hard to say for sure, but Las Vegas Sands billionaire Sheldon Adelson is making a play for expanded legal casino gaming in the state — and sports betting would likely be a part of that.

A month after a casino bill was pre-filed ahead of the 2021 session, Adelson’s group acknowledged in the Texas Tribune that it is ramping up in Texas with the goal of bringing casino-style gaming to a select few spots in the Lone Star State. Adelson’s group clearly had a hand in crafting the bill filed on Nov. 10 by Rep. Joe Deshotel, which calls for retail gaming at up to nine locations, mostly on the state’s Gulf Coast. The bill does not explicitly endorse or ban statewide mobile/online sports betting.

“We view Texas as a worldwide destination and one of the top potential markets in the entire world,” Las Vegas Sands lobbyist Andy Abboud said during a conference hosted by the Texas Taxpayers and Research Association. “Texas is considered the biggest plum still waiting to be out there in the history of hospitality and gaming.”

According to the Texas Tribune and other media sources, Las Vegas Sands has hired 10 lobbyists for the upcoming session, with a focus on gaming destinations or resorts. Texas, second in population behind California with nearly 30 million residents, has three tribal casinos and a handful of horse and greyhound racetracks.

HB 477 does not explicitly name sports betting, but it would legalize Class III gaming, under which sports betting usually falls. According to the text of the bill, a legal casino game would be “any game of chance, including a game of chance in which the outcome may be partially determined by skill or ability, that involves the making of a bet.”

Mobile or online betting is also not specifically mentioned in the text of the bill, nor is it prohibited. Given its population, Texas is one of the biggest potential markets in the U.S. for sports betting, but it would be drastically untapped if digital sports betting is not also legalized. Since the Supreme Court struck down the Professional and Amateur Sports Protection Act in 2018, and COVID-19 shuttered casinos and sportsbooks across the country, online sports betting has accounted for more than 90% of handle and tax revenue in New Jersey, Colorado, and other states where statewide mobile is legal.

Gambling bills were filed in Texas last week, though sports betting isn't mentioned anywhere in the legislation. @brianpempus on the state potentially legalizing casino games, and what it would take to add sports betting: https://t.co/fhjBAbwEWB pic.twitter.com/KZwDXc7AnI

Casino operator licenses would be granted to up to nine specific entities, including horse or greyhound racetracks and existing tribal casinos, in the counties of Bexar, Galveston, Harris, Jefferson, and Nueces, as well as in “first” or “second” tier coastal communities. With regard to tribal casinos, the bill references the Kickapoo Traditional Tribe, which operates a casino in southwestern Texas.

Other features of the bill:

The bill was pre-filed in tandem with a constitutional amendment that would go on the 2021 ballot. According to the text of the bill, the amendment must be approved in order for the bill to take effect. The session runs Jan. 12-May 31, 2021, and in Texas, the legislature meets every other year.

Will anything actually happen?

Given Adelson’s muscle and the fact that a gaming-expansion bill has been filed, it would seem like Texas is poised to become the biggest state to add sports betting to its legal options. But one billionaire and one bill aren’t enough to count Texas done.

Following the 2020 elections, Republicans maintained control of both the Texas House and Senate. Though sports betting has been largely a non-partisan issue across the U.S., Texas Republicans have not shown great support. Key to a gaming expansion in Texas will be money — not how much Adelson spends, but how much the state is short in the face of the COVID-19 crisis.

Some casino owners see Texas as the last great frontier for their industry. https://t.co/melGqQd7hP

Many Texas lawmakers and Gov. Greg Abbott have long been anti-gaming.  In 2015, Abbott vetoed a bill that would have allowed the Texas Lottery to investigate the feasibility of online gaming. State regulators reportedly had visited Delaware, which runs sports betting through its lottery, to learn about expanded gaming. Abbott shut down the research.

“In light of continuous external pressures to expand the footprint of gaming in Texas, it is timely and necessary that I provide direction on prohibiting all such expansions without express authorization and direction by the Texas Legislature,” Abbott wrote in a letter dated Nov. 9, 2015. “Please ensure this intent and direction is strictly enforced among the staff of the Texas Lottery Commission.”

In 2019, Abbott tried to extend his reach to Congress, where he wrote a letter in opposition to expanded Indian gaming on the Louisiana border. At that time, Abbott said that the bill would “attempt to restrict Texas’ power to regulate activities within its borders” — but the reservation is technically subject to federal, not state law.

The point is, Adelson and other gaming brands may want legal gaming in Texas, but Abbott is the one person who could single-handedly block an expansion. Even if the state legislature legalizes an expanded gaming package — no matter how limited or specific — Abbott, as governor, has the power to veto a bill. The same has already occurred in Maine. Should that happen while the legislature is still in session, the vetoed bill would be sent back to the originating chamber (in this case the House), and a two-thirds majority could override the veto.

There are some timing issues that could prevent a vetoed bill from getting back to the legislature for a vote, meaning the veto would stand. Either way, if a gaming expansion isn’t approved by the end of the session, it will be another two years before sports betting or gaming could be considered since the state legislature meets only once every two years.