Turkey, Stuffing And A 3-Team Parlay: A History Of Betting Trends On Thanksgiving 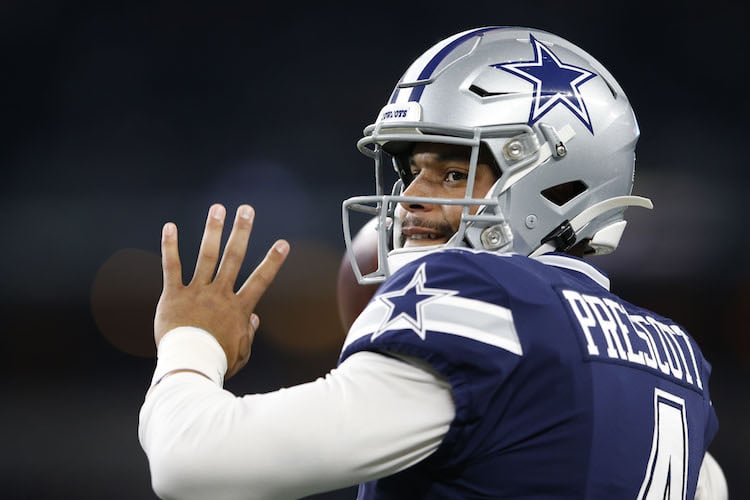 For Las Vegas residents looking to avoid the hassles of cooking on Thanksgiving Day, Red Rock Casino in suburban Summerlin offers a sumptuous buffet under $30 a person.

The four-course Thanksgiving feast features a carving station with Citrus Brined Roasted Turkey and Dijon Glazed Baked Ham, along with succulent hot offerings such as loaded sweet potatoes and cranberry stuffing. You can munch on appetizers like chilled shrimp cocktail and assorted sushi, before topping off the meal with pumpkin cheesecake.

Then, once the tryptophan kicks in, bettors can head over to the Red Rock sportsbook for the nightcap of an annual NFL triple-header. Sophisticated bettors attuned to the prevailing trends on Thanksgiving Day should be thankful for a considerable favorite bias.

Since 2006, when the NFL added a third game to the holiday schedule, favorites have dominated the slate going 31-8 straight up and 25-14 against the spread, according to Chuck Esposito, director of race and sportsbook operations at Sunset Station in Henderson, Nev. Over the same period, when the Detroit Lions have closed as underdogs on Thanksgiving, the lovable losers are 0-9 on the moneyline and 1-8 versus the spread.

The inability of underdogs to keep it close on the holiday has left numerous sportsbook managers with severe indigestion after consuming their festive meals.

“I guess that it explains why our Thanksgiving dinner doesn’t always sit well late in the night,” Esposito quipped.

The most infamous play in Thanksgiving Day history arguably occurred in 1993 when the Cowboys and Dolphins slogged through a defensive struggle at snowy Texas Stadium. Led by venerable 40-year old backup Steve DeBerg, who filled in admirably for an injured Dan Marino, the Dolphins drove down the field in the final minutes for a game-winning score. Trailing 14-13, the Dolphins were on the verge of upsetting the defending Super Bowl champion Cowboys, a 10-point favorite.

With 15 seconds left, Dolphins kicker Pete Stoyanovich lined up for a 41-yard field goal. Despite the inclement weather, the All-Pro kicker connected on two of his first three field goals on the afternoon. At the snap, the Cowboys received a push up the middle enabling defensive lineman Jimmie Jones to block the kick. On the sidelines, an NBC camera captured an ecstatic Jerry Jones celebrating with his arms over his head.

The camera zoomed in on the Cowboys’ owner for so long that NBC missed a blunder by defensive lineman Leon Lett in real-time. While teammates Troy Aikman and Michael Irvin celebrated with a hug, Lett darted 20 yards, lost his footing and slid before kicking the ball. Lett ignored the pleas of linebacker Dixon Edwards, who warned teammates to stay away from the area.

After a frenzied meeting in the end zone, officials awarded the Dolphins the ball on the 1. Thee seconds remained. Stoyanovich calmly hit a 19-yard field goal for a 16-14 win.

Neither the spread, nor the total came into play. Due to the snowy conditions, Las Vegas bookmakers adjusted the total to 37 before the game. However, bettors who took the Dolphins to win outright received an early Christmas gift courtesy of Lett.

The Cowboys closed as heavy favorites, at around -400 on the moneyline, Boyd Gaming’s Director of Race and Sportbooks Bob Scucci recalls.

“I remember needing the Dolphins for a lot of money,” Scucci said.

Although the Lett play is indelibly inked in the minds of Cowboys’ fans, it may not even be the team’s most striking moment on Thanksgiving. Facing the archrival Redskins on Thanksgiving Day in 1974, the Cowboys went down 16-3 in the third quarter on a 9-yard touchdown catch by Duane Thomas. Then, with 9:57 in the quarter, the Dallas comeback attempt took a hit when future Hall of Fame quarterback Roger Staubach left the game with a concussion. Years later, ex-Redskins’ offensive lineman George Starke revealed that former coach George Allen placed a $200 bounty on Staubach to knock him out of the game.

In an odd twist of fate, the move backfired. Following the trade of veteran backup Craig Morton earlier in the season, former Cowboys coach Tom Landry was forced to turn to unheralded rookie Clint Longley. On Longley’s first drive of his NFL career, he hit Billy Joe Dupree for a 35-yard touchdown to trim the deficit to 16-10. Longley orchestrated another touchdown drive in the third, before Thomas scored again to give the Redskins a 23-17 lead.

With 28 seconds left, the Cowboys had the ball on midfield trailing by six. Longley’s initial play called for wide receiver Drew Pearson to run an in-breaking route, deep downfield. The Cowboys, though, improvised in the huddle as Pearson decided to fake a post. Longley delivered a bomb, split two defenders and hit Pearson outside the numbers for a 50-yard touchdown. Dallas prevailed 24-23.

“I could watch the tape of that game and I would bet against him on tape to do it,” Dallas radio host Norm Hitzges told the NFL Network.

The Lett miscue also might not be the most bizarre incident on Thanksgiving Day. The honor instead could go to the overtime coin toss in a 1998 matchup between the Lions and Steelers at the Pontiac Silverdome. Tied at 16 in overtime, Steelers running back Jerome Bettis called tails as referee Phil Luckett tossed the coin.

“Heads is the call, he said heads, it is tails,” the referee announced on the stadium’s public address system.

During a less equitable era of overtime NFL football, Terry Fair returned the ball to the Lions’ 35, and Detroit promptly marched down the field highlighted by a 28-yard catch from Herman Moore. A 42-yard field goal by Jason Hanson gave the Lions a 19-16 victory, producing a gnawing defeat for backers of the Steelers. Pittsburgh closed on Thanksgiving as -2.5 point favorites.

On Thanksgiving, Jerome Bettis can be thankful he's not calling heads or tails. The Bus, on that infamous coin toss: http://t.co/k75rfMYRvF

Book traffic on the holiday

On Monday, Esposito made the short commute across town to assist his colleagues at Red Rock in determining the pricing for this week’s top contests. Inside the Red Rock hub, several sportsbook executives from Station Casinos discussed the bias among favorites on Thanksgiving. The Station’s team questioned whether to adjust the lines on the favorites given the bias.

“You want to look at it that way, but you’re still looking at each game as an individual entity,” Esposito said.

At the Boyd properties, Scucci’s team will inflate the line if they anticipate a high amount of public action on the favorites. With parlays, though, the line in many instances will become irrelevant, he explained. On days such as Thanksgiving, a large percentage of bettors will parlay the favorite with the over regardless of the spread. As a result, Boyd is lucky to break even most years on Thanksgiving, he said.

Both Scucci and Esposito indicated that the NFL handle on Thanksgiving is fairly strong, given that it is a holiday. At Rampart Casino, down the street from Red Rock, a ticket writer said that many locals tend to place their wagers before Thanksgiving, rather than watching the game from the book. As with most properties around Las Vegas, book traffic at the Westgate Superbook on Thanksgiving has declined somewhat due to the advent of mobile betting.

“I can remember working Thanksgiving Days when we were very busy because we had a skeleton crew, three NFL games and a packed house,” Superbook Director John Murray told Sports Handle. “Guess what happens when the favorites win and cover? People have more bullets to bet back with. Those were long days.”

As bettors digest their holiday meals, they may be thankful for the plethora of promotions being offered from top books across the country. PointsBet USA is offering a promo on the team that scores the first touchdown in the Bears-Lions game. For all straight win bets (at the moneyline), a customer will win if their team scores the first touchdown, regardless of how the game plays out. PointsBet customers can also win a $500 bonus bet and an additional player prop this Sunday if they guess the total rushing yards combined in the three NFL games on Thanksgiving.

FanDuel Sportsbook, meanwhile, will double a customer’s winnings on any pre-game over wager placed on an NFL Thanksgiving Day game, up to $50. DraftKings Inc., FanDuel’s chief rivals, announced Nov. 26 that for every point scored during an NFL game this Thanksgiving, it is donating $1,000 to a variety of veterans’ nonprofit organizations in the New England region. As with a typical NFL slate, both websites will offer numerous markets on the Thanksgiving Day games.

Russell Baxter, an NFL historian and co-founder of SI Pro Football Guru, has come up with his own custom bet for Thanksgiving.

“There are three games on Thanksgiving, I’ll take the over on my helpings of turkey,” Baxter told CBS Sports Radio. 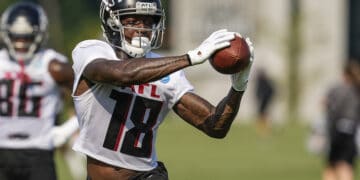 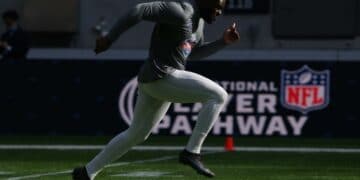 A Bettor’s Guide To The NFL Combine