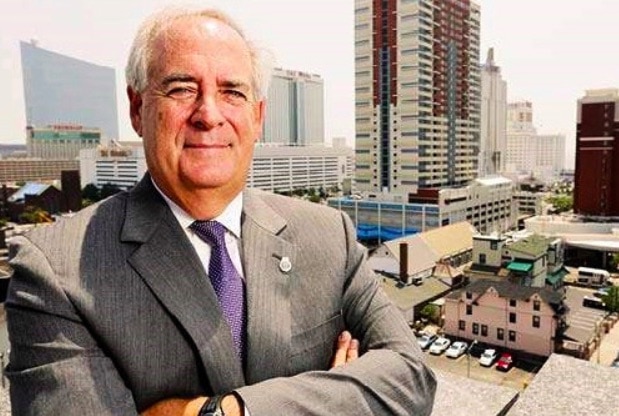 New Jersey Division of Gaming Enforcement Director (DGE) David Rebuck on Tuesday offered his blunt assessment of the NFL’s characterization of the state of sports betting in the U.S.: “Nonsense.”

The NFL’s stance, voiced again at a House of Representatives hearing on Sept. 27, was that states legalizing sports wagering are now engaging in a “regulatory race to the bottom,” which Rebuck called “fear mongering” and “nonsense.”

Rebuck’s remarks came during a Global Gaming Expo (G2E) panel in Las Vegas alongside Pennsylvania’s Susan Hensel, Director of Licensing for the state’s gaming control board, and Matthew Morgan, Director of Gaming Affairs for the Chickasaw Nation. Rebuck’s criticism focused in part on the “integrity fee” as well as Major League Baseball’s and the NBA’s efforts at compelling lawmakers to require state-licensed sportsbooks to use “official league data” for grading wagers, which he framed as fundamentally anti-business, and a mandate that New Jersey unequivocally will not implement.

Checking out a discussion on how states and tribes will be preparing for sports betting. Panel includes NJ head regulator David Rebuck. #G2E2018 pic.twitter.com/AAIonJa2mb

Rebuck’s and the New Jersey DGE’s stance is important given (a) the state’s tireless efforts in challenging the 1992 federal ban (PASPA) on full-fledged wagering outside Nevada — ruled unconstitutional in May by the U.S. Supreme Court — and (b) because active sports betting operations are now testing the state’s regulatory approach to sports betting. Many other states like Ohio and Kentucky are in information-gathering modes at this time.

One month after the fall of PASPA, a law sponsored and weaponized by the sports leagues that long opposed sports wagering in the U.S., New Jersey passed its sports betting enabling legislation. The DGE then began licensing its casinos to offer betting in accordance with regulations. The regs were largely prepared in advance in anticipation of a SCOTUS victory. Now, the leagues are engaged in a well-financed and widespread lobbying effort aimed at capturing any revenue opportunity they can find.

“The leagues have been unsuccessful in all seven states so far” in their attempts to convince lawmakers to require sportsbooks to pony up the ‘integrity fee.’ “It was bad marketing effort on their part,” Rebuck added.

MLB exec says “it blows my mind” that casinos figure “yeah, we can get our data from some guy in a garage watching the game on TV” rather than buy official league data #G2E2018 #SportsBiz

NBA commissioner Adam Silver has conceded that state lawmakers have not been receptive to the integrity fee idea. Put simply, the fee, initially cast as states helping leagues to cover “integrity monitoring” expenses in a legal sports betting climate, has morphed into just calling it a royalty. Silver, MLB commissioner Rob Manfred and NHL commissioner Gary Bettman have explicitly stated that the leagues deserve such a cut because sportsbooks offer wagers on their leagues’ games. So far this has not moved any state to grant the request. Nevada in its rich history of legal betting has never paid a dime in such a fashion.

So the leagues have now focused on pushing states to require sportsbooks to use,  i.e. purchase,“official league data” for any wagers not determined by a final box score. These data packages would cost a “commercially reasonable rate,” the leagues have submitted in several states.

The chief argument in favor of such a mandate is rooted in scare tactics — that sportsbooks using other sources of information will create risk for sports leagues.

Rebuck rejected that position and framed it as an affront to business.

“To make a broad mandate (for sportsbooks to purchase league data) is very unreasonable and inconsistent with how business works in the United States,” Rebuck said. “To mandate it by law to purchase this data is an overreach.”

Rebuck noted the deal that MGM Resorts International struck with the NBA, a quasi-marketing deal making MGM the NBA’s official gaming partner. The non-exclusive deal for a reported three years and $25 million gives MGM the ability to use league marks in connection with their betting offerings — as well as the “official league data.”

It’s a non-exclusive deal … meaning the NBA can strike a similar data or intellectual property deal with Penn National Gaming, Boyd Gaming, DraftKings or any/all sports betting operators big or small in the U.S. or abroad.

This is data, consider, that sportsbooks now collect through their employees’ eyeballs and through their existing trusted partners in a free, competitive market. Reliability is key for sportsbooks’ protecting their financial interests, too. Rebuck said businesses can decide if they want to purchase it. Some will.

Part of the NFL’s argument for a data mandate is based on protecting bettors from putting money on “ghost games” or fake matches put on by crooks. Go ahead and unpack that one and check out the Orioles at Angels at 7 p.m. tonight.

Elsewhere at G2E, data businesses put on the panel, “Official Versus Unofficial Sports Betting Data: The Attractions and the Issues.” It was billed as such:

Unregulated gambling operators do not include consumer protections or monitor for any irregular activities or crimes including match-fixing, fraud or money-laundering. Unlike licensed, regulated gaming operators, the illegal market will use illegal sports betting data to make money at all costs. There is no entity better positioned to ensure the integrity of sports betting than the existing state and tribal sovereign nations gaming commissions and the legal data monitoring technology that can be found in legal domestic and international sports betting markets. Learn more about integrity cooperation, legislation and enforcement to ensure a safe consumer experience through legitimate gaming operators.

Sports Handle did not attend this panel, but we detect from the description that it was a polished PR pitch. It’s their business — this is understandable.

However, it’s laced with fear-mongering and echoes the notion that states declining to put down a mandate are adversaries, not partners, in protecting betting integrity and integrity of sporting contests.

Rebuck, in a position that probably regulators in every other state would co-sign, said that regulators are “committed to fixing a broken system where U.S. citizens are entrenched in an illegal market, sending funds outside U.S.”

States have only begun migrating customers from the black market to a legal, regulated one, that will better serve the leagues’ integrity interests and fatten their coffers.

Bottom line: The official data push is a money grab. Our words, not Rebuck’s, but he might well put his name on it, too.