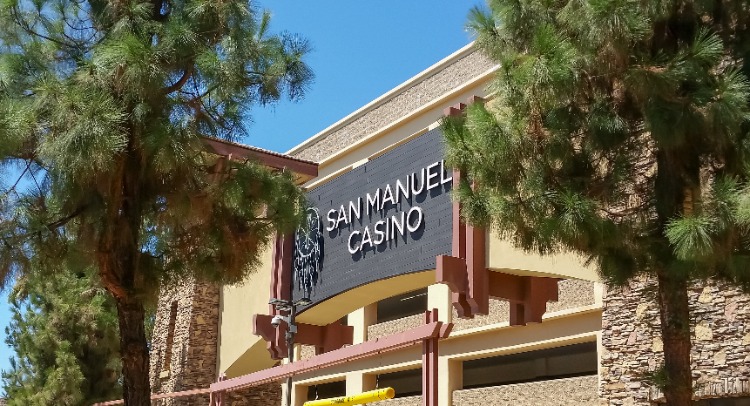 A California legislative analysis dated Monday revealed that a proposal for statewide mobile sports wagering put forth by a coalition of tribes may not be as profitable for the state as anofther proposed initiative.

The tribes’ proposal, called The Age-Verified Tribal On-Line and In-Person Sports Wagering & Homelessness Solutions Act, calls for 10% of gross gaming revenue to be earmarked for the California Homelessness and Mental Health Fund (CHMHF). According to the legislative analysis, that could amount to anywhere from “tens of millions of dollars to mid-hundreds of millions of dollars,” if the tribes could be compelled to make payments at all.

“It is unclear whether tribes could be required by tribal-state compacts (including the model compact agreement) to make payments (excluding funds used to reimburse state costs) into the CHMHF,” the analysis reads. “This is because a federal court previously determined that the payments required by certain tribal-state compacts into the state’s General Fund for use at the state’s discretion generally were an illegal tax prohibited under federal law.”

In Florida, the Seminole Tribe and state officials tried to stretch the law by allowing for tribal regulation only, both on and off reservation for mobile wagering, by deeming that any wager placed anywhere in the state was considered to be on-reservation if it flowed through a server on tribal lands. That compact — which was also approved by the U.S. Department of the Interior — was vacated by a federal court judge in November, and the tribe pulled down its Hard Rock Digital platform 34 days after launch.

Tribes that already have — or are considering legal sports betting — have paid close attention to Florida. Those backing this California sports betting initiative amended their initial proposal in mid-December in hopes of being able to offer statewide mobile wagering off reservation, no matter how the courts find in the Florida case.

The California tribal proposal is one of several connected to sports betting that could land on the November 2022 ballot. One sports betting initiative that would allow for retail wagering only at tribal casinos and horse racetracks has already qualified for the ballot. Two others — one put forth by a coalition of commercial operators led by DraftKings and FanDuel and one backed by local card rooms — are in the signature-gathering phase. Both would allow for statewide mobile wagering, but under very different circumstances.

Proponents of the operators’ initiative, titled the California Solutions to Homelessness and Mental Health Act, were the first to tie sports betting revenue to homelessness and mental health issues, both of which might resonate with voters in the state. Should that initiative pass, 85% of tax revenue less regulatory expenses — with the total potentially amounting to half a billion dollars per year, according to the fiscal note — would be funneled to the CHMHF. For the tribal mobile initiative, 10% of “sports wagering revenue,” which is defined as gross revenue less player winnings, promotional discounts, and federal gaming taxes, would be earmarked similarly only if “required by compact or regulations.”

The other proposal, backed by card rooms, does not earmark money for the CHMHF. All of the proposals call for some revenue to go to the state to cover expenses.

The San Manuel Band of Mission Indians, a powerful gaming tribe in California, is among those backing the latest proposal, which also allows for an expansion of gaming. Tribes would be allowed to offer roulette and dice games at their retail locations, and live sports betting could start no earlier than Sept. 1, 2023.

The proposal outlines three ways for tribes to be able to offer wagering, and the route that each tribe picks ultimately affects how much, if any revenue, could go to the CHMHF or the tribal fund. The fiscal note refers to increased “state revenues that could range from the tens of millions of dollars to the hundreds of millions of dollars annually, depending on how the measure is implemented and legally interpreted.”

The proposal would amend the state constitution to allow for wagering — which should be at least a step in the right direction to solve the issue of IGRA involvement — but also allow tribes to legalize via a “model compact” or by renegotiating individual tribal-state compacts.

In most scenarios, the proposal calls for 15% of gross gaming revenue to go to a tribal fund and 10% to go to the CHMHF. In any of the scenarios, tribes would retain most of the regulatory power, though a gaming commission that includes two representatives from each tribe, the U.S. Department of Justice, and the California Gambling Control Commission would be created.