MMA To The Rescue: Cruz Offers Underdog Appeal Vs. Cejudo For UFC 249 Betting

Can the 135-pound legend pull off another upset after a lengthy layoff? 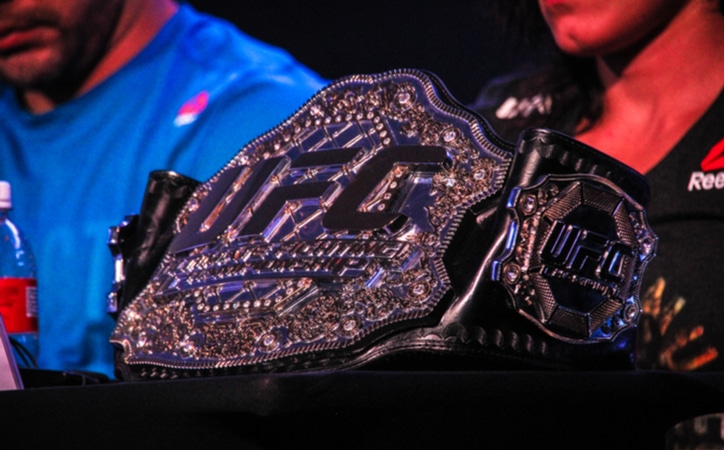 With the hype for UFC 249 nearing its crescendo as the first live-action sports betting event in the United States since the COVID-19 pandemic crumpled the sports schedule back in mid-March, the overall quality of the scheduled card from top to bottom provides intriguing handicapping options as bettors are undoubtedly eager to place bets on any sort of live action sporting event.

Of the 12 fights on the card, this will be focusing in on the co-main event: Henry Cejudo versus Dominick Cruz for the 135-pound bantamweight belt. Cejudo is the current strapholder, while Cruz — a two-time champion at this weight class — has recovered from a series of injuries and is fighting for the first time since losing to Cody Garbrandt in December 2016.

Originally, Cejudo was scheduled to fight Jose Aldo as part of UFC 250, which was originally scheduled for Saturday, but Aldo pulled out last month due to visa issues, resulting in Cruz taking his place. Cejudo, who is 17-2, has also held the 125-pound flyweight title, making him one of four fighters to hold belts in two different weight classes simultaneously. Cruz, who won the bantamweight belt originally in 2010 and then again in 2016 after a lengthy injury layoff, enters the fight with a 22-2 record.

Cejudo is a prohibitive favorite across the board, with FanDuel and PointsBet listing the champion at -225 on the moneyline. BetMGM is right behind the pair at -223, BetRivers and DraftKings have Cejudo listed at -210, and as of Thursday morning, FOX Bet has the best value for picking the current strapholder at -188, if you’re looking Cejudo’s way.

There is a similarly narrow band for picking Cruz on the moneyline, with FanDuel the best option at +186, followed by Bet MGM at +180, and BetRivers, PointsBet, and DraftKings all checking in at +175.

All the sportsbooks are expecting this fight to go the full five rounds, ranging from FanDuel (-174) to PointsBet (-186).

Cejudo has won his last five fights and moved into the conversation of being one of the best pound-for-pound fighters at 135 pounds. The 33-year-old avenged one of his two losses by defeating Demetrious Jonson by decision at 125 pounds to win the flyweight title and has won his last two fights by knockout.

Cejudo’s last fight was a third-round knockout of Marlon Moraes at UFC 238 last June to win the vacant bantamweight title. “Triple C” has not lost since dropping a decision to Joseph Benavidez in December 2016.

The former Olympic gold medal freestyle wrestler is one of the best strikers in the sport and has used that to his advantage in winning the two belts. While it has not been an issue in previous bouts, it should be noted the 5-foot-4 Cejudo will be working with a reach disadvantage against the 5-8 Cruz, who has four inches in that category.

Cejudo, though, has shown a consistent ability to power through opponents. That could loom large when it comes to facing Cruz and his potential octagon rustiness in his first fight in nearly four years.

The 35-year-old Cruz has fought exactly four times since beating Johnson in October 2011 for his second defense of the bantamweight title, winning by decision despite breaking his hand during the fight. A spate of injuries — including two torn ACLs and a torn groin — forced him to vacate the belt by February 2014.

Cruz had a first-round knockout of Takeya Mizugaki in UFC 178 in September of that year, but a torn ACL in his other knee sidelined him until his January 2016 victory over T.J. Dillashaw in which he regained the 135-pound belt via split decision. Cruz also defeated Urijah Faber at UFC 199 before losing to Garbrandt at UFC 207.

Since that defeat, Cruz has dealt with plantar fascia tendinitis, a broken arm, and a shoulder injury before getting to this point. He has, though, been able to put in a full cycle of training ahead of this bout after being tabbed to replace Aldo.

Cruz is a unique fighter who attacks from a variety of angles. He is also somewhat underrated in terms of wrestling skills — Cruz does not have the gold medal pedigree of Cejudo but is more than capable of shooting on the counter, and his octagon smarts are hard to match.

The pre-match teleconference between the two offered plenty of fireworks, with Cejudo repeatedly calling Cruz “Dominique” and “Princess,” and Cruz calmly offering a few stinging retorts based on performance and height. It is clear there is plenty at stake for both fighters, starting with Cejudo looking to add to his status as the best pound-for-pound fighter at 135 pounds.

Cruz, though, has an uncommon mental toughness forged from all his injury hardships that is hard to ignore given the unique circumstances of this fight card. His brittleness is a real concern, but he can compensate with his octagon savvy to escape danger in his bid to become the first three-time UFC bantamweight champion.

There is also the issue of whether the former flyweight Cejudo will be comfortable in his second fight at 135 against the natural bantamweight Cruz given the expectation this bout will go the full five rounds. It is another instance where Cruz’s fighting nous and experience could be a determining factor.

If Cruz is indeed fully healthy, this could be the best fight on the card Saturday night. The feeling is the challenger is worth the moneyline pick as an underdog. For those with more confidence, taking Cruz by decision — where the returns begin at +270 at FanDuel and +275 at BetRivers, BetMGM, and DraftKings to +310 at PointsBet could result in a tidy windfall.