Urban One Makes Its Pitch For $517M Casino In Richmond 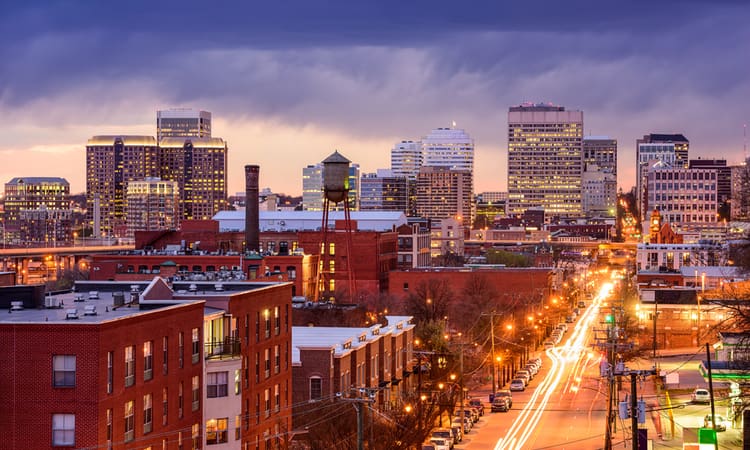 Touting its local presence and the distinction of becoming the first Black-owned casino in the United States, Urban One made its public pitch Wednesday night to build a $517 million casino in Richmond.

It was the second of three presentations in as many days that residents in Richmond will hear ahead of the city picking a preferred operator in May. Cordish Companies made its pitch for a $600 million casino Tuesday, and Bally’s rounds out the presentations Thursday.

Virginia, which launched sports betting in mid-January, is in the process of greatly expanding its gaming prospects. Along with sports betting, the state made it legal for five cities to have brick-and-mortar casinos. In November 2020, voters in four of those cities approved casinos. Richmond has has been on a different timeline, and voters there won’t have their say on a casino until November.

Describing itself as an “urban media company,” Urban One has partnered with Peninsula Pacific Entertainment (P2E) and Live Nation for the proposed casino, with P2E already established in Virginia via its restoration of the Colonial Downs Racetrack in New Kent and Rosie’s Gaming Emporiums located throughout the state.

P2E, which also operates Hard Rock Casino and the Diamond Jo properties in Iowa and del Lago Casino in upstate New York, also recently added a corporate office in Richmond to go with locations in Iowa, California, and Idaho.

Urban One confirmed during its presentation the casino would have a retail sportsbook but said it has yet to decide on an operator.

RICHMOND CASINO? This week, each of the final three proposals in the running to build a casino in #RVA are answering questions from the community in virtual meetings. Tonight — it was @UrbanOneRadio's turn. Hear what Richmonders had to say at 11 on @8NEWS pic.twitter.com/cXKtTyOy1k

Urban One’s proposed casino would be located in an industrial area in the 8th District — on a tract of land where tobacco giant Phillip Morris previously operated — that requires no rezoning and would be directly accessible from I-95. Urban One CEO Andrew Liggins, who led most of the presentation, said the casino would have 90,000 square feet of gaming with 100 table games and 1,800 slot machines.

Liggins also said the area would have a wetlands area and a railroad track to serve as buffers to help limit traffic around nearby neighborhoods. In addition to the casino, the property would also have a 150-room luxury hotel, with the “padding” of the 100-acre site allowing for an expansion of up to 350 additional rooms. It would have 12 bars and restaurants, with commitments to local restaurateurs already in place.

The casino would also feature a 3,000-seat Rise Theatre for music and entertainment, with the group leveraging Live Nation for booking up to 200 shows per year. A unique feature would be the creation of a 15,000-square-foot television and radio production studio on the grounds.

Liggins offered a commitment of $50 million in original programming production from Urban One — which reaches 4.5 million listeners on the East Coast from Atlanta to Philadelphia — and an additional $25 million in free advertising to the city for tourism promotion.

The grounds would also have 55 acres of parks and green space accessible to the public.

Urban One also outlined a $30 million commitment to the city of Richmond broken into four parts: Education, Workforce, Housing, and Community Sponsorships. The biggest single piece was $10 million that would go toward affordable housing on the south side of the city while another $5.5 million would be directed to students “globally,” which includes out-of-school programs and scholarships.

Liggins projected the proposed casino would create 1,500 permanent jobs. It matched Cordish’s proposal with a starting wage of $15 per hour and estimated the average salary and benefits would be $55,000 per year. There would also be an employee profit-sharing program that would have the potential to add an additional $3,000 to $5,000 annually at year’s end.

Beyond the tax revenue generated by the casino, Urban One said it would contribute an additional 2% of net gaming revenue to the city, which Liggins projected to be up to $60 million. He expressed confidence that Urban One could be the first to open among the three finalists, targeting December 2022 as when the “first phase would be operational.”

Liggins projected $343 million in direct and indirect tax revenue over the first 10 years of the casino as part of the overall $458 million in benefits over that span when including community outreach and media advertising.