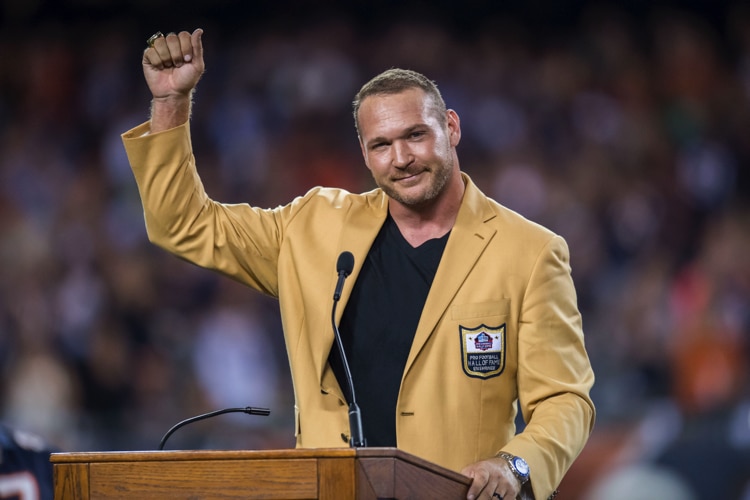 Speaking to media Saturday as part of the Chicago-centric FanDuel FanFest adjacent to Guaranteed Rate Field, Urlacher suggested Ridley’s suspension was excessive given the receiver had no impact as a player on the game he wagered on. Ridley is believed to have made six wagers on Falcons games totaling $3,900 in a five-day span last year while he was away from the team on the non-football illness list. Ridley’s suspension runs through the entire 2022 season at a minimum.

“I think they (the NFL) are making a lot more money. I think that’s what they’re all about, right,” Urlacher said in response to a question about the league’s embrace of legalized sports wagering. “The problem I have with it is if you’re going to suspend guys for betting on games they’re not involved in, then you may want to watch your partnerships and stuff like that. Because they’re promoting it, and the kid last year for Atlanta got suspended for a while, but it wasn’t a game he was playing in, it wasn’t a game he had any control of. …

“I get it, I understand it, but I think it’s contradictory at the same time.”

[Also see: NFL Punishments For Watson And Ridley Aren’t Equal — And They Shouldn’t Be]

FanDuel is one of three official partners of the NFL along with DraftKings and Caesars, and through a separate agreement the league has made PointsBet, BetMGM, FOX Bet and WynnBET league-approved sportsbooks. The deal signed last year with FanDuel, Caesars, and DraftKings — reportedly worth $1 billion over five years — ushered in a new era of sports wagering in the United States, helping bring it into the mainstream as more than $100 billion has been legally bet nationwide since the start of last year.

Now a decade removed from his playing days, Urlacher thinks players can still successfully tune out the noise when it comes to game preparations. Though sports wagering is a newer form of potential distractions to players given the rise of social media, the eight-time Pro Bowl selection likened its impact to fantasy football when it became popular.

“The more people you have interested in your games, the better it’s going to be for your bottom line,” Urlacher said. “What’s fantasy football done? It’s the same thing, now you can just risk money.

“It might be more stressful for you because you can actually bet money. Bad for the game, the players don’t know that. … If I have something bet on the game, I’ll probably pay more attention to it.”