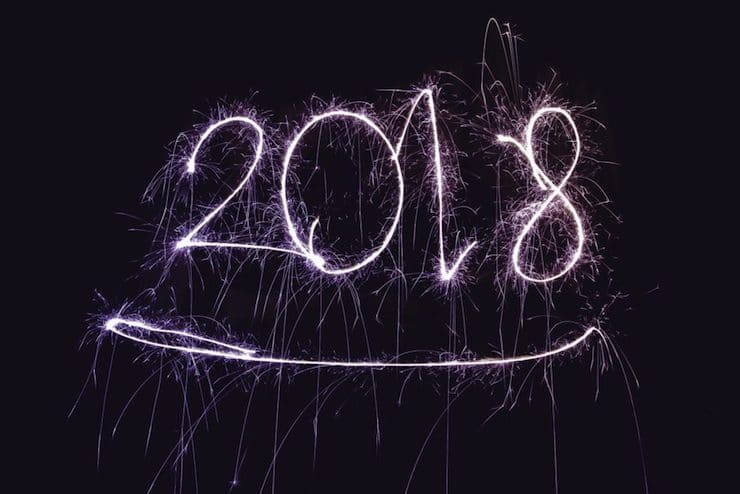 Once the Supreme Court struck down the federal ban on full-fledged sports betting outside Nevada in a May ruling, there were bound to be a lot of firsts. Truly a watershed year for legal sports betting in the United States, 2018 brought quite a lot of milestones and surprises even prior to May 14.

Below, we take a tour through most of the major and mid-major debuts, milestones, mergers and acquisitions, openings, partnerships, and some other odds and ends in the year that was.

1/24: NBA Executive Vice President and Assistant General Counsel Dan Spillane testifies at a hearing on sports betting before a New York State senate committee. “We believe it is reasonable for operators to pay each league 1 percent of the total amount bet on its games,” he said.

2/4: With Nick Foles under center and the guts to call the play “Philly Special,” the Eagles upset the New England Patriots 41-33 in Super Bowl LII. Many Las Vegas bookmakers took a beating due to the 4.5-point underdog Eagles taking a lot of action, plus a ton of player and scoring props going over.

“We don’t usually lose Super Bowls,” Wynn Las Vegas Sportsbook Director Johnny Avello said. “Once in a while. The last couple have been tough. Maybe the Patriots won’t be there next year.”

2/17 : At the NBA All-Star weekend, Commissioner Adam Silver was asked a question about sports betting and the so-called integrity fee. “This notion that as the intellectual property creators that we should receive a 1 percent fee seems very fair to me,” Silver says of levying a fee on potential operators. “Call it an integrity fee, call it a royalty to the league.”

3/30: Shareholders of Pinnacle Entertainment approve a merger with Penn National Gaming, which owns the Hollywood Casino brand. Pinnacle owns 16 casinos in nine states, many of them likely to have the ability to offer sports betting by the end of 2020. 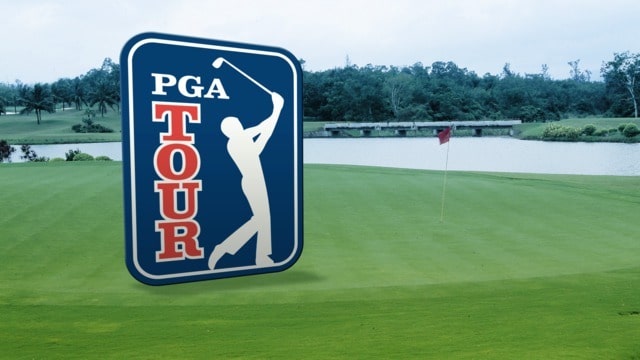 4/3: The PGA Tour publicly aligns itself with the NBA and MLB on sports betting regulation.

4/19: ESPN Chalk reports that MLB and the NBA begin looking to end their respective ownership stakes in DraftKings and FanDuel, in a move believed to be tied to their desire to not have a direct hand in the bookmaking side of sports betting.

4/24: It’s reported that the National Indian Gaming Association (NIGA) adopts a resolution in support of legalized sports wagering — under certain circumstances and rules.

5/4: The NHL Vegas Golden Knights just keep on winning and threaten to put a large dent into Las Vegas sportsbooks.

The legalization of sports gambling requires an important policy choice, but the choice is  not ours to make. Congress can regulate sports gambling directly, but if it elects not to do so, each State is free to act on its own. Our job is to interpret the law Congress has  enacted and decide whether it is consistent with the Constitution. PASPA is not.

5/14:  Utah Senator Orrin Hatch — one of PASPA’s co-authors — announces his intention to introduce a bill regulating sports wagering. “We need to ensure there are some federal standards in place to ensure that state regulatory frameworks aren’t a race to the bottom,” his office says in a statement.

5/14: No longer an open secret, DraftKings announces its intention to move into the sports betting market.

“Our mission has always been to bring fans closer to the sports they love, and now, thanks to the wisdom of the Supreme Court, DraftKings will be able to harness our proven technology to provide our customers with innovative online sports betting products,” says Jason Robins, CEO and co-founder of DraftKings. “This ruling gives us the ability to further diversify our product offerings and build on our unique capacity to drive fan engagement.”

5/18: NIGA says in a statement that “Each Tribal Nation must determine for themselves what the risks and benefits are and decide accordingly.  NIGA will continue to serve as an information gathering and information sharing resource for our Member Tribes.”

5/21: The NFL announces its “core principles” for sports wagering, which made no mention of a fee or royalty, signaling a public break in strategy for monetization of sports wagering.

5/23: States push to keep federal regulation out of sports betting.

5/29: MGM Resorts International makes a bet in New York with the purchase of Empire City Casino and Yonkers Raceway.

5/30: By now, all of the leagues have released statements and intentions regarding sports betting.

[Also see: The 10 Most Important Sports Betting Stories Of 2018]

6/5: The post-PASPA sports betting era begins in Delaware — the first state to offer full-fledged wagering outside Nevada. Three state-licensed operators draw a combined $322,135 in bets on Day 1. Governor Jay Carney’s $10 bet on the Phillies — the first in the state — is a winner.

#Phillies doing work for Governor of Delaware John Carney and that $10 money line bet he placed this afternoon vs. #Cubs. pic.twitter.com/Ky17m2bDSj

6/8: Paddy Power Betfair lands a pair of deals to become the sports betting operator for online, mobile and retail sports betting for Meadowlands Racetrack in New Jersey and and Tioga Downs in New York.

6/12: Mississippi’s Band of Choctaw Indians announce their intention to move forward with sports betting in time for football season, making it the first tribe to do so.

6/14: New Jersey sports betting begins at the William Hill Race & Sportsbook at Monmouth Park in Oceanport, and shortly after at The Borgata in Atlantic City.

6/15: Pirates president Frank Coonelly tells the Pennsylvania Gaming Control Board (PGCB) in a letter that “revenue collected from sports wagering should be allocated to the maintenance and upkeep of PNC Park…”

6/15: The NFL submits a letter to the PGCB in which it agrees with every casino operator that the state’s mammoth licensure fee ($10 million) and tax rate on revenue (36 percent) is prohibitively high and will keep people in the black market.

6/16: DraftKings and Resorts Casino in Atlantic City announce they will partner up for sports betting.

6/19: ESPN learns that the House Judiciary Committee will hold a hearing on sports betting on or about June 29, when the NFL would testify. It is later postponed.

6/21: The West Virginia Lottery Commission sets forth its sports betting regulations, and expects that operators will be ready to go by Sept. 1 at the latest.

6/21: Mississippi, which previously legalized sports betting, rolls out its regulations and believes its casinos will be ready to go by football season.

6/22: Rhode Island legalizes sports wagering. Per the law, the state will get a whopping 51 percent cut.

6/26: FanDuel scores a deal to manage sports betting operations at the The Greenbrier Resort in West Virginia.

6/29: USA Today reports that the NCAA won’t seek an “integrity fee” or royalty from sports betting. It also tells its member schools regarding sports betting that “they will need to look at their own values and decide” how to proceed.

7/12: New Jersey DGE reports that the first three sportsbooks to open in state generate $16.4 million handle in 17 days of operation in June.

7/16: DraftKings scores a deal to operate the sportsbook at the del Lago Resort & Casino in New York State — once laws and regulations permit.

8/6: After a one-week soft launch period, the DraftKings Sportsbook becomes the first to fully launch in New Jersey.

8/15: Pennsylvania ’s gaming control board approves temporary regulations for sports betting, but at this point, no potential licensees had applied for sports wagering certificates.

8/25: IGT and William Hill U.S. announce they’ve been chosen by the Rhode Island Lottery to be the “end-to-end” sports betting service operator in the state.

We are proud to announce the grand opening of The Sportsbook at Hollywood Casino at Charles Town Races on Saturday, Sept. 1. Former professional football player, Joe Theismann, will join us in the festivities that day! @Theismann7 @HollywoodCCTR pic.twitter.com/VMvpzDoHF0

9/4:  William Hill and Eldorado Resorts jointly revealed they had reached a wide-ranging partnership agreement through which WH would operate all the major regional casino company’s sportsbook operations in the U.S.

The Dallas Cowboys have become the first NFL team to have an official casino designation, partnering with WinStar World Casino and Resort in Oklahoma as an exclusive partner. The league relaxed its rules on gambling-related content, allowing teams to accept advertising money…

9/16: A glitch at the FanDuel Sportsbook at the Meadowlands, results in an erroneously produced $82,000 winning ticket for one man, which FanDuel initially declined to pay, instead offering $500 and tickets to three New York Giants games. The man declined the offer and FanDuel reversed course two days later.

9/24: Harrah’s Philadelphia becomes the third to apply for a sports wagering certificate in Pennsylvania, following  Hollywood Casino and Parx Casino in August.

9/27: A House of Representatives Judiciary subcommittee on Crime, Terrorism, Homeland Security and Investigations, held a 90-minute hearing titled “Post-PASPA: An Examination of Sports Betting in America” under the shadow of a more high-profile hearing in the Senate (the Brett Kavanaugh hearings).

10/15: Hearings or meetings about sports betting held this week in Indiana, Illinios and Washington D.C., also recently in Kentucky.

10/17: The Santa Ana Star Casino & Hotel, a tribal gaming operation near Albuquerque, New Mexico, makes N.M. the first Western U.S. state to join Nevada in offering full-fledged sports betting in a legal environment. The tribal casino is the only legal sports betting location in the state.

10/23: William Hill filed a lawsuit against FanDuel in New Jersey District Court, alleging copyright infringement, specifically for copying the company’s “How to Bet Guide” for its own guide in print and online.

10/24: DraftKings and FanDuel score a victory in an Indiana Supreme Court case, which has some implications for sports betting.

10/28: In a 29-27 contest and plenty of room to hit paydirt, Rams running back Todd Gurley did the smart football thing, which upset a lot of people (a touchdown would have given the Rams -9 a cover and also sent the total over 57) . The handle @MySportsUpdate sums it up well:

Todd Gurley doesn't care about your fantasy team, the spread, or the over/under. pic.twitter.com/xNoc42LdyB

11/6: Arkansas voters made sports betting legal via ballot referendum, with 54 percent voting in favor of a measure that will automatically grant two sports betting licenses.

11/15: Figures show that New Jersey sports betting handle grows to $261 million for the month of October.

11/27: MGM adds MLB to its stable of sports leagues partners, designating MLB as the official gaming and entertainment partner.

12/18: Makers of the mobile app theScore reveal plans to launch a New Jersey sportsbook in conjunction with Monmouth Park.

12/18: Washington D.C. Council passes a bill that will make sports betting legal in the District once the mayor signs and Congressional review period ends on Jan. 18.

12/28: Foreshadowing:  Incoming chairman Joseph Addabbo of the New York State Racing, Gaming & Wagering Committee says “I do think sports betting will be done in the budget.” 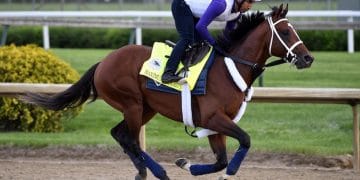 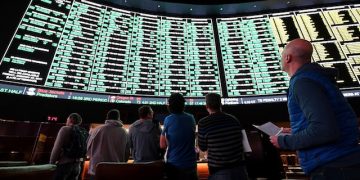