VA is second state after Washington to legalize in 2020 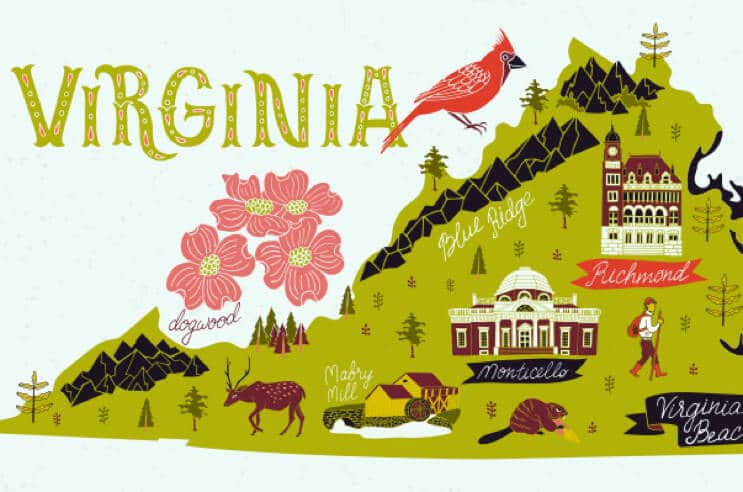 Virginia lawmakers continued their back-and-forth on sports betting Wednesday when the General Assembly and Senate met in separate tents on the state house grounds for a one-day reconvened session, and each accepted gubernatorial amendments to sports betting bills.

The Senate passed an amended version of SB 384, 27-13, just minutes before HB 896 came up in the House and passed, 64-30. Later in the day, the Senate concurred on the House bill, 27-13, and the House concurred on SB 384, 61-29. According to Governor Ralph Northam’s office, once the bills were signed, they became law, and will be effective July 1. Northam’s signature was not required after both chambers accepted the amendments.

Tents were erected because the state house is closed during the coronavirus crisis. The reconvened session is designed to allow lawmakers a chance to act on gubernatorial vetoes or legislation amended by the governor.

“If you voted for this before, there is no reason not to vote for it now,” Delegate Mark Sickles, the House bill sponsor, said ahead of the House vote on HB 896.

Northam’s amendments include changes to licensing fees and deadlines, and will allow two NASCAR tracks to partner on marketing. Northam had until midnight on April 11 to sign legislation or let it become law without his signature. Rather, he sent SB 384/HB 896 back to the General Assembly with amendments.

Sickles addressed the amendments dealing with the NASCAR tracks, saying they could now jointly market their products, but the amendment may not allow for sportsbooks at the tracks. He also talked to his colleagues about the change in licensing fees. In the version of HB 896 sent to Northam, the application fee for sports betting was a flat $250,000. Northam’s amendment deletes the flat fee in favor of a sliding scale of a $50,000 fee per “principal” in the organization. Sickles told lawmakers this is in line with other casino legislation, and that it applies only to those who have a minimum 5% stake in an organization.

Both chambers also passed amended versions of casino bills with little discussion. Sports betting is part of a package that also allows for the opening of five Virginia casinos  — none of which are built yet. The casinos, as well as the Colonial Downs racetrack and pro teams headquartered in Virginia would have access to mobile sports wagering licenses. The measure would ban wagering on local college teams and college sports prop bets and would require to-be licensed bookmakers to use “official league data” for in-game wagering options.

Washington State Gov. Jay Inslee made his state the first to legalize in 2020 on March 25, when he signed a tribal-only bill that restricts wagering to within the premises of tribal casino properties, and also bans betting on local college teams. To date, 20 states have legalized or allowed operators to go live with sports betting since the Supreme Court overturned the Professional and Amateur Sports Protection Act in May 2018. Virginia is the 21st and the second this year to legalize.

Virginia lawmakers approved sports betting in an extended session last month, just days before professional sports leagues around the U.S. shut down amid the COVID-19 crisis. Lawmakers across the state favor legal sports betting, but details forced the House and Senate to form a conference committee to get the bill to the finish line. The key issue was the prohibition on betting on colleges teams, The House favored banning bets on all colleges, but the Senate did not. In the end, Senate leaders gave in to banning betting on only Virginia college teams to get the bill passed.

Virginia took a massive step toward gambling expansion on Sunday as sports betting legislation was sent to Gov. Ralph Northam. Here's an overview of the bill, including proposed tax rates and a provision to attract Washington Redskins' owner Dan Snyder: https://t.co/u9cNKjLDMf pic.twitter.com/yJWdNwqOk2

It could be some time before the first legal sport bet is placed. Virginia currently has no casinos or experience regulating non-lottery games, and there is evidence that states without dedicated gaming regulatory agencies take longer to get from legal to launch.

Neighboring Washington, D.C., is an excellent example — had the DC Lottery gone forward with its mobile launch last month, it would have been more than a year between the time the mayor signed sports betting into law and the launch. In addition, commercial operators are still likely months away from offering live betting. And Tennessee lawmakers legalized in July 2019, but are still in the regulatory process.

When bets can be placed in Virginia, operators will be taxed at 15% of gross gaming revenue and the Virginia Lottery will be the regulator. The legislation will allow the lottery to issue up to 12 mobile sports betting licenses and would allow casinos and pro sports venues to go live with mobile platforms ahead of retail facilities being built. However, there could be more than 12 mobile sportsbooks, as digital licenses associated with pro sports facilities or casinos would not count against the cap, according to Sickles.

There are currently no major professional sports venues in Virginia, but state officials are hoping the NFL Washington Redskins, currently headquartered in Ashburn, Va., will build a new stadium in Prince George’s County. The legislation would allow for that and could be an enticement for the Redskins to move from FedEx Field in Landover, Md. There are multiple auto racing venues across the state, including NASCAR sites at Richmond and Martinsville.

Dan Snyder making personal appeals in both Virginia and Maryland, dangling the prospect of a new Redskins stadium in either state and asking to help launch sports betting industries. https://t.co/nEcnYqKiMI

A hot but somewhat under-the-radar issue is the requirement that sportsbook operators use “official league data” to settle in-game wagers, a provision that the NBA, MLB, and PGA Tour have aggressively lobbied for. Before Virginia lawmakers agreed to this — and it wasn’t even a hotly contested issue — only three other states included such language in their new laws. Tennessee, which legalized mobile-only sports betting in 2019, was the first, and Illinois and Michigan followed suit.

Operators in Illinois and Michigan went live with sports betting just a few days before the professional sports leagues shut down and states began forcing the closure of casinos across the country, so it is still unclear how a mandate to procure the data from leagues will play out for individual operators. Many operators have already forged these partnerships absent a mandate, but not all.

In terms of geography, Virginia would be the third jurisdiction in its region to legalize sports betting behind West Virginia, which was the fourth state to legalize in 2018 after the fall of PASPA, and Washington, D.C., which legalized in early 2019. West Virginia, which got caught up in yet another brouhaha, this time over betting on the presidential election earlier this month, has had live sports betting since the fall of 2018. The D.C. Lottery was poised to launch its online sports betting app in March, but delayed due to the lack of sports to bet on. Maryland lawmakers voted in March to send sports betting to the voters, and a referendum will be on the November ballot.