Virginia Lottery says new bill won't hold up launch, and no operators have been approved yet 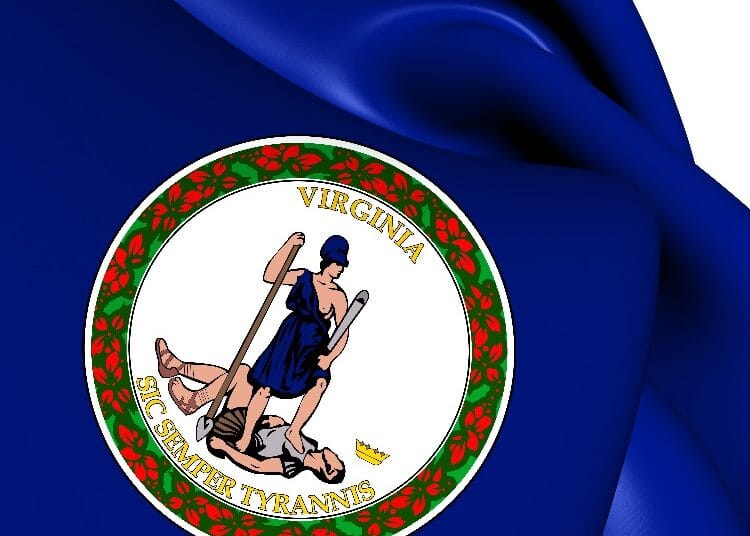 A bill prefiled in the Virginia General Assembly last week could increase the number of sports wagering licenses available in the state, which has plans to launch sports betting within the next month. The bill will not delay the Virginia Lottery’s rollout of digital sports betting, but a Lottery spokesperson said that despite reports to the contrary, it has yet to approve any potential sports betting operators.

Approximately 25 operators applied for up to 14 currently available licenses. The lottery is aiming to “award the first of the licenses” in the next couple of weeks, according to a Lottery spokesperson. That timing would make it a tight squeeze for an operator to be live in Virginia ahead of the Super Bowl, but many of the major operators can green light a platform within days, if needed. Super Bowl LV is set for Feb. 7.

“In the coming weeks, we expect to begin issuing the first sports betting licenses according to the existing law and regulations,” the Virginia Lottery’s Director of Public Affairs and Community Relations Jennifer Mullen told Sports Handle via e-mail. “If this proposed legislation is successful and takes effect on July 1, 2021, it potentially would make additional licenses available in the future.”

Casinos would no longer count toward maximum

HB 1847 does not go so far as to remove the current cap, but it does rework the explanation for which sports betting entities or locations count against the cap. In the year-old sports betting law, the Virginia Lottery was allowed to issue up to 12 licenses, though licenses awarded to pro sports franchises would not count against the maximum number of available licenses. Licenses awarded to casinos, however, would.

A key section of the bill now reads:

The Director shall issue no fewer than four and no more than 12 permits pursuant to this section; … A permit shall not count toward this the minimum or maximum if it (i) is issued pursuant to subdivision 4 or 5 to a major league sports franchise or to the operator of a facility; (ii) is issued pursuant to subdivision 6 to an applicant that operates or intends to operate a casino gaming establishment; or (iii) is revoked, expires, or otherwise becomes not effective

What exactly does this mean? Under the current law, it’s looking like the Virginia Lottery could issue up to 14 permits for sports betting — the maximum of 12 plus one each for the NFL’s Washington Football Team, which has its headquarters in Ashburn, and Major League Soccer’s D.C. United, which is moving its team corporate headquarters to Loudoun County and has a practice facility in Springfield.

Among the 14 licenses, four would be tethered to casino projects in Bristol, Danville, Portsmouth, and Norfolk, meaning six potential licenses are already accounted for through pro teams or casinos.

Should HB 1847 pass, it appears that the casinos would be out of the equation on the “maximum” side, and that the Lottery could issue an additional four permits. Besides that, any professional sports franchise that has a headquarters or plays a minimum of five regular-season games in the state will get “preferred and substantial consideration” for a sports betting license — so should a Major League Baseball, NBA, or NHL team ever establish roots in Virginia, it would be allowed to apply for a sports betting license.

Currently, Hard Rock (Bristol), Caesars/William Hill (Danville), and Rush Street Gaming (Portsmouth) already have casino deals and with those, market access. Casinos in all three jurisdictions, as well as one in Norfolk, were approved by voters on Nov. 3. A fifth casino project in Richmond is also in the works — and under the new bill also would not count toward the maximum number of licenses.

FanDuel also potentially has market access through its partnership with D.C. United. The company already has plans to operate a sportsbook at the team’s Audi Field in neighboring Washington, D.C.

NEW: AGA member @FanDuel and @dcunited announced a partnership today that will bring a Fanduel sportsbook to Audi Field. @novy_williams and @soshnick detail the deal for @Sportico. https://t.co/IEcPSi5HE9

Multiple operators, including BetMGM, FanDuel, and PointsBet have acknowledged that they have applied for sports betting licenses in Virginia, though the lottery has not released the list of applicants. WynnBet is also betting on having market access via partnerships with NASCAR venues Richmond Raceway and Martinsville Speedway, though NASCAR venues do not get the same “preferred and substantial consideration” as pro sports franchises according to the law.

The bill also spells out that the Virginia Lottery may not offer its own sports betting product at a brick-and-mortar location, and further defines the definition of amateur sports.