'Make a Living Off of Sports!' says the purveyor of sports picks 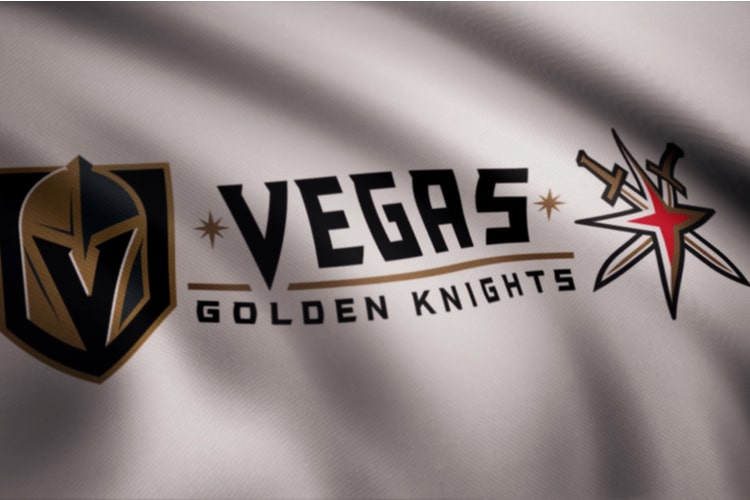 In some ways, it feels fitting that the city most associated with sports betting has a pro sports franchise making the first partnership with a picks service, also known as a “tout” for touting winning selections. But perhaps an entity that proffers to sell winning picks on sports contests, under the tagline “Living Off Sports,” is not fit for any reputable partner, let alone a franchise in one of the big four U.S. professional sports leagues.

The Vegas Golden Knights on Wednesday announced a multiyear strategic partnership with UpickTrade.com, making the Mexican-based company an “Official Sports Pick Service Partner” of the team. It is a bold and controversial step considering the nascent sports betting industry in the United States — outside Las Vegas, of course — is still getting accustomed to pro teams partnering with sportsbooks where betting is now legal.

“We are thrilled to partner with UpickTrade.com and become the first professional sports franchise to partner with a sports recommendation service,” Golden Knights Vice President of Global Partnerships Mike Mungiello said in a joint statement. “We are hopeful our fanbase will make UpickTrade.com a part of their sports pick betting process.”

The Golden Knights are no strangers to being the first NHL team to forge partnerships with relation to sports betting. They partnered with sportsbook William Hill in September 2018 shortly after the U.S. Supreme Court struck down PASPA that May. That partnership came on the heels of Vegas reaching the Stanley Cup Finals earlier that summer in its first season in the league.

Who and what is UpickTrade?

While the press release touted the partnership as a first between an NHL club and Mexican-based company, UpickTrade is not a household name in the United States. The English-language landing page for its website promotes the idea to “Make a Living Off of Sports!” and explains its origins from December 2017 as a “sports picks recommendation service based on statistics and a great money management strategy for each client.”

In its FAQ section, UpickTrade further details its picks method as based on “a proprietary mathematical algorithm that allows us to find success opportunities across all major league sports.” It has a tab for records which documents its picks made on a day-by-day basis that includes the amount wagered and won or lost. In reviewing the picks made since the start of 2021, UpickTrade did not list having made any NHL picks until Feb. 15, though it had offered such picks in 2020 prior to the COVID-19 pandemic.

UpickTrade will be featured on the team’s web-based and social media platforms — UpickTrade itself does not appear to have a Twitter handle — and there will be an in-game feature as well as in-game signage on the boards at T-Mobile Arena for Golden Knights home games.

“As an Official Sports Recommendation Pick Service of the Vegas Golden Knights, it is a historic moment in the sports betting market,” said Carlos Lazo Reyes, CEO of UpickTrade.com. “We are the first sports recommendation pick service to partner with a major professional sports franchise. The Vegas Golden Knights are a dynamic sports franchise that has been successful since their inaugural season in 2017. Our company, upicktrade.com also began in 2017 and has now grown to over 6,000 subscribers to our sports recommendations service worldwide!”

On balance, though, telling a client “what to pick and how much to bet” is a recipe for disaster, at least for the paying client.  Winning money on sports betting long-term is exceedingly difficult. The bettor has to outrun the “vig,” or the house fee for taking the bet.  Representing to have a formula to accomplish this rare feat — and at scale for 6,000 plus paying customers and more — is  a much longer story about lack of transparency, “get rich quick” scheme dreams, frauds and liars. Touting services of UpickTrade’s apparent species fall on a spectrum of mildly offensive to possibly criminal. When their subscribership swells with unsuspecting Golden Knights fans, we should find out more where the company fits in.

you should fire everyone involved in the chain of this decision making https://t.co/BBJyzECc7E

While the partnering of professional sports teams and sportsbooks was an eventuality as sports wagering spread across the country, the partnership of a team and a picks service is unchartered territory. The most glaring concern involves the potential bad optics of UpickTrade offering a pick on a Vegas Golden Knights game for its service when there is a player injury status involving either or both teams playing and the casual link bettors could make wondering if the service has inside information due to its partnership.

This takes on a heightened form because the NHL has arguably the most vague injury public disclosure policy among professional sports leagues — the league did not disclose any injuries upon resuming play last season. This season, a look at ESPN’s injury report for the NHL lists only three player statuses — day-to-day, out, and injured reserve — and a majority of any specific injuries listed, even those with the vague “upper body” or “lower body” label, are often only listed with confirmation via source.

wonder if Upicktrade will ever recommend a bet against the knights https://t.co/fQYLrnxSlP

There is also the issue of UpickTrade simply offering picks for games involving the Vegas Golden Knights. Will it publicly offer a pick against the team it has a partnership with? Would UpickTrade choose to not publicize the pick yet have it in its recommended plays to bettors? Will the team promote UpickTrade picking the Golden Knights for any wagering selection on a league-run official website?

These are all questions not addressed in the joint release, and there are undoubtedly more that require answers involving complete transparency. A request to the team to interview Mungiello has yet to receive a reply, as has an inquiry to the National Hockey League regarding any potential role it may have had in the deal with relation to vetting UpickTrade and approval.