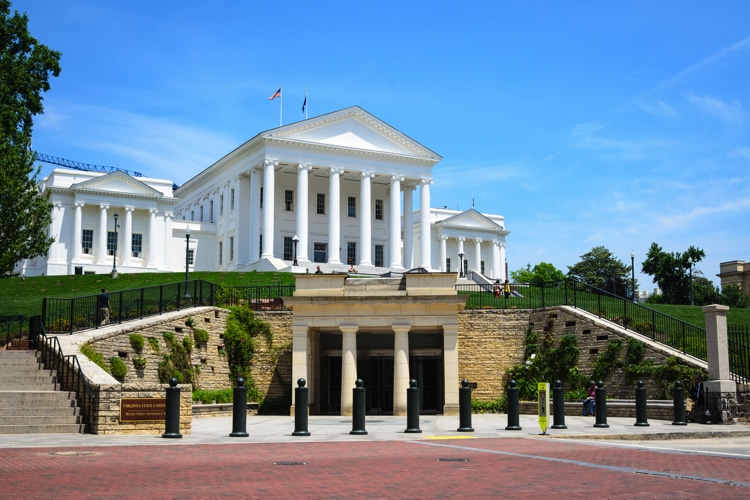 A banner 2022 for FanDuel can include Virginia, where it is the only mobile sports betting operator to generate more than $1 billion handle and claim more than $100 million in gross revenue through the first seven months of the year.

The Virginia Lottery fulfilled a Freedom of Information Act request from Sports Handle that included monthly revenue reports spanning January through July. The state recently changed its rules regarding deductions for promotional revenue, which has already proven to have a notable impact on monthly adjusted revenue totals subject to a 15% tax rate.

The Virginia Lottery does not provide handle and revenue information by operator or by sport category in its monthly public report, with the most important second-level information provided being the number of operators that finished with a positive AGR eligible for taxation.

The request did not include the most recent report for August, which was being compiled at the time the FOIA request was made, but the promotional revenue total showed a dramatic falloff similar to July compared to when operators were allowed to claim substantial amounts. Additionally, operators were permitted to carry over negative adjusted revenue totals from month to month that lessened tax receipts.

BetMGM handle could be biggest surprise

Given FanDuel’s popularity and first mover status regarding same-game parlay wagering, there is little surprise at the separation it achieved in Virginia this year. The sportsbook cleared $109 million handle each of the first seven months of the year and surpassed $21 million in gross revenue in both April and May. FanDuel’s 10.1% hold on gross revenue was also the highest among the 10 operators that have accepted wagers throughout 2022, edging out BetMGM for that top spot.

Keeping with BetMGM, Virginia may be its strongest showing as a No. 3 book to FanDuel and DraftKings. BetMGM was actually second in gross revenue at more than $52 million, and its $528.9 million was $70 million less than the $598.6 million in accepted wagers by DraftKings.

Caesars was a comfortable fourth with close to $230 million in accepted bets, while Barstool Sportsbook rounded out the top five for handle with more than $80.4 million. PointsBet was further back at $66.5 million, but the Australian-based book did double the handle of BetRivers, which was next in the pecking order at $31.8 million.

DraftKings rounded out the podium spots for revenue with more than $43.2 million, while Caesars was the only other operator to reach eight figures for the calendar year at $11.7 million. Barstool and PointsBet had close to $9.6 million in gross revenue between them.

A fabulous foursome for tax receipts

Of the 10 operators that started the 2022 calendar year accepting wagers in Virginia, only four of them — FanDuel, DraftKings, BetMGM, and Barstool Sportsbook — paid taxes in each of the first seven months. More importantly, there was never a month where any of the four carried over a loss to the following month that would have lowered the monthly taxable adjusted gross revenue. Barstool had the ability to do so in February, but no carryover amount was listed in its report.

Of the four books paying taxes each month, BetMGM stood out as the outlier in terms of promotional revenue, which was a line called “Monthly Noncash Winnings” in examining the line-by-line deductions provided by the Virginia Lottery. BetMGM’s gross revenue was nearly $9 million more than DraftKings thanks in part to a 9.8% hold, but it also deducted $27.4 million as “noncash winnings.”

As a result, DraftKings finished with more cumulative monthly taxable adjusted revenue with $21 million compared to BetMGM’s $17.8 million when including the additional deductions of voided and canceled wagers, resettlements, adjustments, and the federal excise tax. The last of those deductions impacts high-volume operators more. As an example, FanDuel’s excise tax for the month of July was $268,198, while Bally Bet‘s was less than $550.

The other two sportsbooks among the 10 in full-year operations that paid taxes, PointsBet and WynnBET, did so in just one month. PointsBet’s levy in June was $62,556 after its best month since launching operations last December, and the nearly $685,000 in adjusted revenue outpaced the carryover from May to allow the Australian-based book to finish in the black. WynnBET made its lone payment of $5,713 in July, the most visible effect of the change in law which took effect in July prohibiting operators from claiming promotional deductions once they’ve conducted wagering for more than 12 months.

Most states that conduct wagering have some sort of rule regarding negative taxable revenue carryover, which allows an operator to “carry” a negative adjusted revenue amount into the following month to zero out the tax it would have paid the previous month. For example, if a sportsbook in Virginia finished with a -$100,000 adjusted revenue total for a given month, the 15% tax rate means there would be $15,000 in outstanding taxes. Should the sportsbook finish with a positive AGR the following month, the first $100,000 or less would go against that amount to zero out the taxes owed.

In the case of Virginia, operators are allowed to carry over negative AGR in perpetuity, which was a key reason four operators did not pay any state taxes the first seven months of the year, and why PointsBet and WynnBET paid relatively paltry amounts. Of the four operators that did not pay any taxes, only Bally Bet finished with a negative cumulative AGR before monthly carryovers.

Caesars, which generated close to $230 million handle from January through July, totaled slightly more than $1 million in AGR in that span. However, it also carried over a negative AGR from the end of 2021 and finished with a negative AGR in both January and February to further inflate that loss. By the end of February, Caesars was sporting an AGR of more than -$4.7 million — the largest deficit of any of the 10 operators.

From March to July, Caesars generated close to $8.8 million in gross revenue, but more than $2.7 million of that was classified as monthly noncash winnings and nearly $3.6 million were classified as additional deductions. Caesars finished with positive AGR each of those five months, but that revenue was not taxed, as it was put against the carryover of negative AGR Caesars had accrued since launch in February 2021.

Caesars ‘net AGR dropped under negative $2 million entering August, thanks in part to not being able to claim promotional deductions in July. The sportsbook finished with a monthly AGR of $733,240, or 64.7% of the more than $1.1 million in gross revenue for the month. Its total AGR of $313,606 for the first six months of the year accounted for less than 3% of the nearly $10.6 million in gross revenue.

As the months move forward, existing operators will continue to zero out their balances, though the pace will largely depend on how they fare as opposed to how much they can claim in monthly noncash winnings. The state record 13% hold for gross revenue reported for August may have accelerated the pace for operators to reach the break-even point, with nine operators finishing with positive adjusted revenue eligible for taxation.

Through the first seven months of 2022, that total never exceeded seven, and even that could be taken with a grain of salt, as some books — including Hard Rock, Betway, and SI Sportsbook — that finished with positive AGR beyond the “Big 4” were in their first months of operation.

Promotional revenue fell off the proverbial cliff when the new rules took effect, plunging from $7.8 million in June to less than $400,000 in July. It increased nearly three-fold in August to $1.1 million, but that figure will take a notable decline in October when Barstool crosses the 12-month threshold, and again in December when PointsBet does likewise.

The early returns, however, are encouraging for Virginia’s coffers. The nearly $4.5 million in tax receipts collected in August was an all-time monthly high and marked just the second time the total exceeded $4 million. There have been more than $7.5 million in tax receipts the last two months, and that accounts for 17.5% of the overall $43.1 million collected since launching in late January 2021.