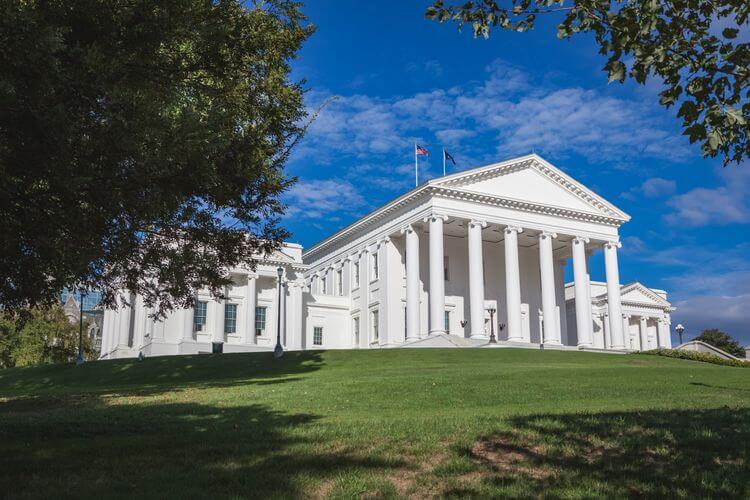 Changes could be coming to sports betting in Virginia, as a few noteworthy bills and joint resolutions have been introduced in early 2022 aimed at altering the market.

A pair of joint resolutions, SJR 24 and HJR 63, were introduced in the last two weeks and they suggest studying the potential creation of a gaming commission that could oversee sports betting within Virginia. The Virginia Lottery is the current sports wagering regulator for the state.

SB 96 is another sports betting bill introduced in 2022, and it aims to prohibit sports betting and casino gaming operators from using “Virginia” or “the Commonwealth” in advertisements related to their services. A violation of this could lead to a penalty of $50,000.

One of the more notable bills is HB 1103, which was proposed by Del. Mark Sickles. His piece of legislation, which he introduced on Jan. 12 and was referred to the committee on general laws, would prohibit sportsbook operators from excluding bonuses and promotions from taxable revenue after their first 12 months of wagering activity.

Sickles’ bill allows operators to benefit from tax deductions for promotions in their first year of operation, likely for customer acquisition purposes, but he eventually wants promotions and bonuses to be taxed, which would bring increased tax revenue to the Commonwealth of Virginia. The bill also includes language that would eliminate the ability of sports betting operators to carry over losses on a monthly basis when calculating taxable revenue.

Promotions and bonuses play an important role in operators pleasing customers and engaging new customers, and they’ll likely push back on the bill if given the opportunity. DraftKings and FanDuel are among the major national operators who use a bevy of promotions once entering a market to gain and retain customers.

If the bill becomes law, consumers might find that operators decide to offer fewer and less lucrative bonus and promotional opportunities to those in Virginia. From a Virginia perspective, it’s easy to see why legislators in the Commonwealth might be interested in generating more tax revenue, though.

While mobile sports betting is legal in Virginia, those betting in the Commonwealth can’t place wagers on Virginia colleges and universities. Sen. Monty Mason, who introduced SB 576, wants that to change. HB 1127, introduced by Del. Schuyler VanValkenburg, asks for the same change.

Some argue that allowing betting on Virginia colleges could lead to corruption and fraud, as big bettors could convince athletes or referees to throw games for a big payout. Others worry about leaked information benefiting certain bettors. Mason argues the opposite, saying that Virginians wager on Virginia colleges all the time, they just do it using black market options.

“How many people in the room when I present this think that no one placed a bet on the Virginia-Virginia Tech football game this year?” Mason told Sports Handle. “All you’re doing is driving this activity back to where it was, and that’s underground.”

Mason thinks putting those collegiate bets on legal platforms could actually help limit potential corruption and fraud related to sports wagering. His bill would still prohibit prop betting on Virginia college athletes, a move he feels should also help alleviate concerns about athletes being influenced by outside forces. The bill could also help generate tax revenue for Virginia, as schools like the University of Virginia and Virginia Tech often draw betting interest from Virginia bettors, although revenue generation wasn’t Mason’s focus when proposing the legislation.

Worth noting for my Virginia followers: A pair of bills were introduced last week aimed at allowing bettors within the Commonwealth to legally wager on college teams in Virginia.

Virginia Tech’s athletic department estimated that $185 million was wagered nationwide on Virginia Tech football and basketball during the 2020-21 season, including nearly $25 million on the men’s basketball team’s NCAA tournament matchup with Florida. With programs like Virginia Tech, UVA, Liberty, JMU, Old Dominion, and others all generating significant fan interest within the Commonwealth, it’s likely those schools would also receive significant betting action.

As for Mason’s thoughts on the potential of the bill, he’s not sure if it’ll pass. Admittedly, he has more important tasks in front of him during a budget year.

“It’s not something I’ve stayed awake at night thinking about,” Mason said.

Elsewhere in Virginia, Richmond’s City Council approved a plan Monday night for a second casino referendum, once again aiming to partner with Urban One and Peninsula Pacific Entertainment to create a casino resort in Richmond. The first referendum aimed at adding a casino to the city narrowly failed in November, with 51% of voters against the referendum.

Richmond City Council passed a motion tonight to take another referendum on a casino project. By doing so, they ignored the decision that was made last November by Richmond City voters.

This is not democracy at work.

Mayor Levar Stoney is among those proposing a 2-cent reduction to Richmond’s real estate tax rate should a referendum pass, hoping to gather the number of votes needed to pass a referendum later this year. If created, the casino is projected to create $30 million in annual tax revenue and roughly 1,500 jobs.

“Our residents deserve tax relief and access to good jobs,” Stoney said in a statement. “They want public infrastructure improvements and more funding for school capital projects. This project provides a unique opportunity to do just that.”

Detractors of the project worry about potential gambling addiction and criminal activity created by the casino. Some, including Richmond Times-Dispatch columnist Michael Paul Williams, argue that Richmond had its shot at approving the referendum in November. Sen. Joe Morrisey wants to pass a bill to give Petersburg a chance to hold its own referendum and prevent Richmond from holding a referendum for five years, and Williams is among those suggesting Petersburg should have its chance.

“The passage of this legislation would defy the expressed will of the people in Richmond,” community activist Allan-Charles Chipman said during Monday’s city council meeting. “It is a frequent tactic of casinos once they lose any democratic referendum to try and break the will of the people with consecutive referendums.”

Despite the opposition, the city council approved the plan, and the second casino referendum is in the process of moving forward. 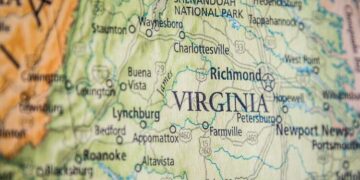 Virginia Loses Out On Potential Tax Revenue Due To Promotional Credits