by Chris Altruda
in Legal, Sports 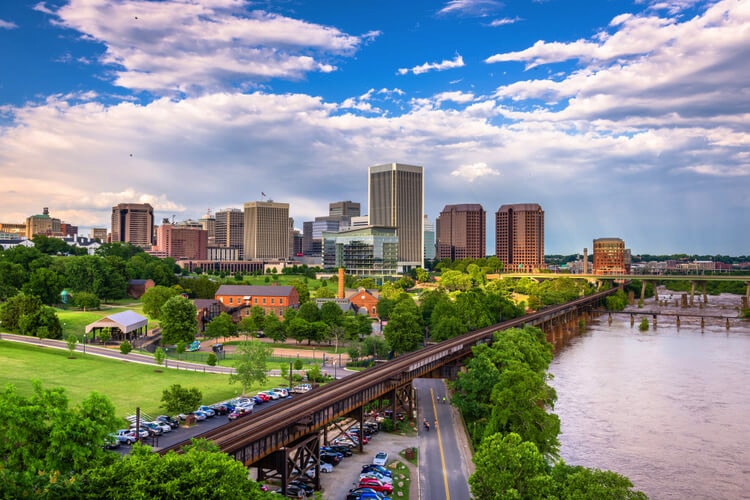 ONE was apparently too many for Richmond voters when it came to a casino in Virginia.

Voters appear to have rejected the construction of a $565 million casino with retail sports betting available in the state’s third-largest city, with “No” votes receiving 51.44% of the vote and “Yes” votes receiving 48.56% as of 10:39 p.m. EDT on Tuesday night. All but one of the city’s 72 precincts had reported by that juncture, with “No” votes holding a lead of 2,225.

#UPDATE: Mayor @LevarStoney releases a statement on the “failure” of Richmond’s casino referendum.

To note, votes are still being counted but it’s unlikely the referendum will pass. https://t.co/xyOMGxVCbf pic.twitter.com/ajhGET6Vj4

Urban One, a media group that partnered with Pacific Peninsula Entertainment (P2E) for the proposal that would have made ONE the only Black-owned casino in the United States, had reportedly spent more than $1 million in advertising to drum up support for “Yes” votes ahead of the referendum.

“While extremely disappointed, our entire Urban One family, my mother and business partner Cathy Hughes, and I accept the will of city of Richmond residents. For the last two years, we have worked so hard to build a large and inclusive tent with our ONE Casino + Resort project,” Urban One CEO Alfred Liggins said in a statement. “We had a lot of loyal supporters who worked tirelessly on behalf of this project and for whom we will be eternally grateful. We ran a robust campaign and strongly believe this is a huge missed opportunity for Richmond residents to have a tourist attraction that would have provided the financial resources to improve schools and roads as well as enrich the lives of its citizens.

Urban One has been a part of the fabric of Richmond for the last twenty-two years, and we will continue our tradition of serving the community.”

ONE Casino had been named the preferred gaming operator by the city’s Resort Casino Evaluation Panel in May, with its proposal beating out those presented by Bally’s and Cordish Companies. The project called for the casino to be built in an industrial area of the city where tobacco titan Philip Morris once operated. It also called for a casino with 90,000 square feet of gaming space that would have had 1,800 slot machines and 100 table games, in addition to the sportsbook and a 3,000-seat entertainment venue.

Virginia, which launched digital-only sports betting in January, made it legal for five cities to have brick-and-mortar casinos last November. Unlike Bristol, Danville, Portsmouth, and Norfolk, a competitive bidding process and voter referendum was required for a casino in Richmond.

Residents in Nashua, New Hampshire, voted to allow a DraftKings retail sportsbook Tuesday by a 7,387 to 6,207 vote. Nashua is the second-largest city in the Granite State with approximately 90,000 people, and its southern border is on the Massachusetts state line.

Proponents of legal sports betting in Massachusetts again failed to get traction in the statehouse, which has resulted in residents crossing state lines to place wagers. New Hampshire has been one of the beneficiaries of the Bay State’s inaction, and posted a record $68.1 million handle in September.

DraftKings is the lone sportsbook operator in New Hampshire, and it offers mobile betting in addition to its three retail locations within the state. New Hampshire has received more than $13.4 million in tax revenue from sports betting this year from the nearly $29 million in operator revenue DraftKings has collected from $436 million worth of wagers.

A sportsbook in Nashua would give DraftKings retail locations in three of the state’s four largest cities, as Dover, Manchester, and Seabrook currently have books taking action. DraftKings is allowed up to 10 retail sportsbooks in New Hampshire.

Also in New Hampshire, Portsmouth voters sided against allowing KENO 603 games at restaurants and establishments. The electronic bingo game was narrowly voted down, with 2,770 votes against and 2,649 votes for allowing KENO 603. Voters in Portsmouth were also against the ballot initiative in 2019.

In New Jersey, voters soundly rejected a constitutional amendment that would have opened the nation’s biggest sports betting state to wagers on Jersey-based collegiate teams and events.

The state’s law covering sports betting, based on a 2011 referendum that easily passed years prior to PASPA repeal, prohibits wagering on Rutgers football games, Seton Hall basketball, and similar in-state sports, as well as events like NCAA March Madness games that take place in New Jersey, even if they involve out-of-state teams.

The constitutional amendment to allow such wagering in a state where as much as $1 billion is already bet in a month was authorized by the legislature this year, but 56% of voters rejected the addition in Tuesday’s referendum.

– Bennett Conlin and Gary Rotstein contributed to this report.