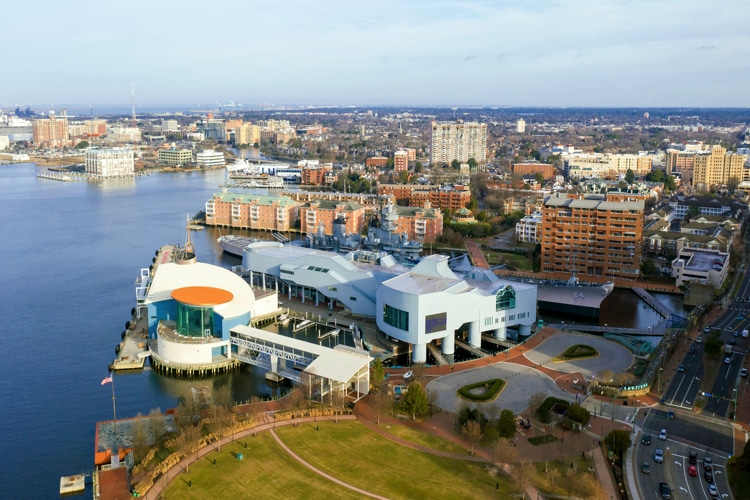 The Virginia Lottery reported a record $53.8 million in gross sports wagering revenue for September, yet again furthering the nationwide trend of the house routing the betting public and helping set all-time national monthly revenue records in the post-PASPA era.

The gross revenue figure reported marked the first time the Old Dominion surpassed $50 million, with the previous record of $48.3 million set last November. Though the Virginia Lottery does not break out handle and revenue by either operator or sport, the numbers fall in line with operators running roughshod over the public in the first three weeks of the NFL season. Those losses likely extended into same-game parlay wagering involving NFL games, further increasing the house’s good fortune.

The win rate on gross revenue was 13.1%, an all-time high in 21 months of wagering since launch in late January 2021. To put the house’s performance in September in perspective, that hold ranks 17th of 24 states that have published figures. Overall, only Nevada (9.3%) and New Hampshire (9.4%) failed to post at least a 10% hold thus far, and all 22 states in double figures reported a win rate of 11.3% or higher.

The budget amendment passed in June that limited operators’ promotional claims was notable, as just $1.7 million in credits was reported. September is a key month for operators to attract new bettors with promotional offers, as the NFL drives that market. Operators that have been carrying over negative adjusted revenue — for some dating back to that January 2021 launch — reported more than $3.7 million in carryover for September.

That left the state eligible to tax a record $48.4 million in adjusted revenue, with nine operators finishing with positive adjusted revenue for the month. Virginia’s 15% levy resulted in close to $7.3 million filling state coffers for September.

In the three months of reporting since operators that have been accepting wagers more than 12 months could no longer deduct promotional revenue, the state has generated $14.8 million in receipts. That is nearly half the $30 million in tax revenue for the year, and September’s total sent Virginia’s all-time tax receipts over $50 million.

As state reports have been released for September, it quickly became a matter of “when” and not “if” the November 2021 gross and adjusted revenue records would fall for all-time post-PASPA monthly figures. The Old Dominion took care of both marks in one fell swoop thanks to its record month.

Virginia sent the national gross revenue total to nearly $742.1 million, eclipsing the previous mark of $723.3 million from 10 months ago. The adjusted revenue cleared $600 million for just the second time in 52 months of wagering, reaching $647.1 million with the Old Dominion’s contribution as the $614.4 million standard from last November fell by the wayside.

The state tax revenue total across the nation for September, which easily cleared January’s mark of $128.6 million thanks mainly to New York’s $73.3 million contribution, surpassed $150 million for the first time in post-PASPA history and is currently $155.9 million. With Arizona, Colorado, and Illinois yet to report, there is an outside chance the total could eventually reach $175 million.

Handle and revenue metrics are up

September #SportsBetting numbers for #Virginia, via @VirginiaLottery, a 🧵. Top-line takeaways:

September’s success by the house, coupled with the notably higher handle that comes with the start of the NFL season, resulted in substantial month-over-month and year-over-year improvements.

For gross revenue, the $53.8 million was 45.5% higher compared to August and 74% better than September 2021, when operators reported a then-record $30.9 million in gross revenue. The adjusted revenue, however, is where the bigger difference emerged, as the $48.4 million was nearly a four-fold increase compared to 2021, when operators claimed more than $17.4 million in promotional revenue and another $3.2 million in various deductions.