Virginia is for lovers… of straight bets 8-team multi-sport parlays. In March of 2020, the Virginia state legislature passed a bill (SB 384) to bring legal sports betting to the state, meaning sports fans will soon be able to place legal wagers in-state, once Gov. Ralph Northam signs off on the measure, as expected.

If Northam signs or lets it pass into law without inking it, Virginians — and visitors from Washington D.C., Maryland or anywhere else — may be able to place online wagers by the end of 2020. Betting at brick-and-mortar sportsbook lounges will take longer. In the bill, the legislature also approved up to five cities to build casinos that could house sportsbooks, but each city will need to have a referendum on whether they want to build casinos in their municipalities, and of course construction will take time.

So which online and mobile sportsbooks might be coming to Virginia? The short answer is “quite possibly most of ‘em,” based on the fact up to 18 sportsbooks are allowed in the state, and even New Jersey – which was first to market and offers a good business environment for sportsbook operators – “only” has only about 18 online sportsbooks currently operating.

Is there sure things to arrive in Virginia? Clearly not, as growing heavy-hitter DraftKings initially struggled to find a pathway into Pennsylvania, and likewise PointsBet, citing the high tax rates and licensing fee. But with Virginia’s tax rate at 15% on gross sports wagering revenue  (New Jersey’s is 13% for online books) it would appear the field is wide open.

So while we can’t say with certainty that the following sportsbooks will apply for and gain VA sports betting licenses, many of them will. Here’s a partial list:

As for the potential of land-based sportsbooks, things get a bit murky. Again, the legislature has made allowances for five “economically challenged” (as the bill states) cities – Bristol, Danville, Portsmouth, Norfolk and Richmond – to build casino (and sportsbook) operations, but voters in each city will have the final say-so come November 3.

As with most big money deals, who and/or what will be operating these as-yet mythical casino/sportsbook operations are up in the air, but the Associated Press has reported the coal industrialist Jim McGlothlin wants to open the Hard Rock Bristol Resort and Casino with Hard Rock as an equity partner. The federally-recognized Pamunkey Indian Tribe is looking at Norfolk and Richmond for the site of $350 million casinos.

“I promise you we will build something you’ll be proud of,” said Rush Street Gaming chairman and co-founder Neil Bluhm, a real estate billionaire whose firm operates casinos in Pennsylvania, Illinois and in other states. “We couldn’t be more thrilled that you’ve selected us to develop a terrific entertainment district facility.”

Bluhm’s Rush Street would bring the BetRivers Sportsbook to Virginia, or at least the Rush Street Interactive software that powers BetRivers.

Another group to watch out for is the MGM Resorts International, as it is expected the Maryland-based MGM National Harbor will certainly take a financial hit should five casinos pop up in Virginia. A legislative study in Virginia showed roughly 30% of MGM’s income comes from Virginia residents.

And let’s not forget the Washington Redskins, a team actively shopping for a new home once their lease for FedEx Field  in Landover, Md. ends in 2027.

Virginia is now in the running to host the NFL stadium, because the law would permit a Virginia-based professional stadium to obtain a licensure to run a brick-and-mortar and online sportsbook. Redskins owner Dan Snyder has made it clear that’s what he wants, and Maryland did not make any provision for that in the recently-passed bill that would leave legal Maryland sports betting up to the voters in November 2020. 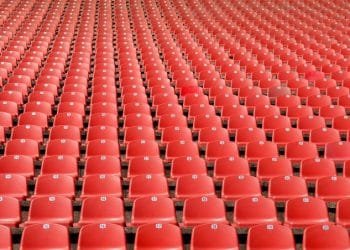 COVID-19 and lack of sports to bet on are key reasons why D.C. Lottery will hold off on offering sports... 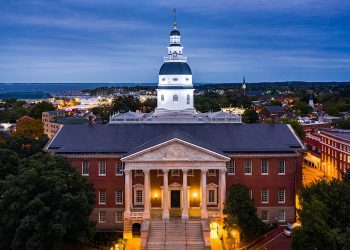 Lawmakers stripped a sports betting bill to push is through before adjournment, but industry experts aren't sure that was the... 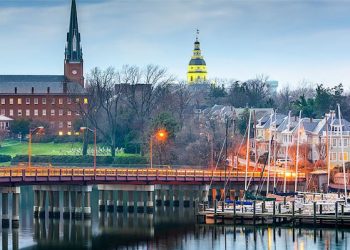 In a race to beat an early adjournment and get a referendum on the 2020 ballot, lawmakers stripped down bill.

Sports betting in Virginia will look similar to most other states, with two notable exceptions, both regarding college sports.

First up, you won’t be able to wager on any and all Virginia college and university action. This is similar to New Jersey’s law, where in-state collegiate betting markets are closed. It would have been… frustrating or problematic during the Virginia Cavaliers’ NCAA men’s college basketball championship run in 2019.

The second wrinkle, which appears to be first in the nation? No live-betting on college sports, period.

Regulating the whole operation will be the Virginia Lottery, and that outfit has until September 15 to issue guidelines for would-be operators.

An additional wrinkle in the Virginia legalization push is the state of sports betting in the nation’s capital. In 2019, sports betting was legalized in Washington, D.C., but as of the time of this writing, not a single legal bet has been placed, although March or April of 2020 may mark the beginning.

Why? Politics, mostly, which shouldn’t come as much of a surprise. Additionally, the only District-wide online operator at this time would be the DC lottery, operating a system via Intralot, which has already rolled out an abominable product in Montana.

Brick and mortar sportsbooks in D.C.? They’ll be coming at the big arenas and ballparks, including at Capital One Arena, as well as bars and restaurants able to apply for individual licenses. It looks and feels like a big mess right now, and the transient population around the D.C. area means Virginia-based sportsbooks would likely take a big slice of the action.

Meanwhile, Virginia’s legalization may also pull some customers from West Virginia, which legalized sports betting in March of 2018. DraftKings, FanDuel, and BetMGM all have online sportsbooks there, and there are five brick-and-mortar operations at all the existing casinos and racetracks.

As noted above, Maryland residents in November will have a chance to vote on whether or not to allow legal sports betting, although the bill is bare-bones and would leave a whole lot  up to the regulations. So we don’t know yet what things might look like there. Unlike Virginia, Maryland already does have six operating casinos and a gaming control agency.

While no announcements have been made yet, it’s safe to assume sportsbooks will utilize most or all of the same banking options in Virginia as in other states. These include the following, though not all sportsbooks utilize all of these options.

Is sports betting live in the state of Virginia?

Close. The legislature has passed a bill legalizing it, and it’s awaiting the signature of Gov. Ralph Northam. Best guess scenarios would allow for online sports betting to be up and running at some point in late 2020 or early 2021.

Who can place a real-money sports bet in Virginia?

If the bill becomes law, anyone ages 21 or older within Virginia state limits will be able to place a wager.

How many online sportsbooks will be available in Virginia?

Anywhere between four and 18, depending on what the Virginia Lottery decides.

Based on their activities in other states, almost certainly.

How will I deposit online?

Depends, but a safe bet will be using methods such as PayPal, ACH transfer and prepaid cards.

What bet types and betting markets will be available?

To be determined, but it’s reasonable to expect all sports and bet types that are currently available in other states will be available in Virginia. Two notable exceptions: Wagering on games involving Virginia collegiate teams will not be allowed, and live betting on any college game will also be prohibited.

What is the history of sports betting in Virginia?

Less than two months after PASPA was overturned, the Virginia Secretary of Finance Aubrey Layne predicted sports gambling was headed to the state. This came as a surprise to some, as lawmakers for years put off attempts at casinos and the like to come to the state. But after a year of negotiations, all would-be Virginia bettors are waiting for is the signature from the governor.

How legal sports betting came to be in Virginia

Legal sports betting’s arrival Virginia – assuming the governor signs the bill, which he is expected to do – may come as a bit of a surprise to many residents. After all, Virginia has been one of the few states where there are currently zero casinos, commercial or tribal, operating in the state.

Virginia does, however, have a rich history of horse racing, dating all the way back to the first settlers. (Despite the Puritan nature of the times, horse racing has always been a thing in Virginia.) But outside of Virginia voters bringing the lottery to town in 1987, gambling in Virginia has been relatively barren compared to other states.

And then in the spring of 2018, when PASPA was overturned, sports betting in the Old Dominion state began its relatively quick journey from idea to actuality.

The first bill was put forward in November of 2018, and much of it came to pass, namely the 15% tax, the $250,000 operator fee, and the ban on betting on Virginia collegiate sports. One key difference: The original bill, written by Delegate Mark Sickles, would have only allowed for five operators.

The matching bills passed in the respective chambers, SB 384 and HB 896, allow for up to five land-based brick-and-mortar sportsbooks for the cities of Bristol, Danville, Portsmouth, Norfolk and Richmond. No casinos currently exist in these cities (or anywhere else, for that matter) and voters in each city will have the chance to choose whether they want a casino or not this coming November 3.

Online sportsbooks, however, could be up and running by the end of 2020. The Virginia Lottery is in charge of regulating the sportsbook world in Virginia, and they will have to issue a set of rules and guidelines for would-be sportsbooks by September 15, 2020.

The bill that passed specifically calls for between a minimum of four and maximum of 12 sports betting permits to be issued at any one time (with a maximum of 18 total) and that the amount issued should “maximize tax revenue.”

Reading between the lines, it would certainly appear the legislature is keen to get a competitive marketplace up and running sooner than later.

The bill requires a couple things that the pro sports leagues have lobbied for – -a requirement for “official league data,” which is dissected and criticized here, as well as the requirement that sportsbooks provide leagues with “real-time” data, which is another onerous provision.

Is it possible for betting to be live in 2020? It certainly appears so. Once licenses are issued, it would seem – based on similar timelines in other states – that sportsbooks could be up and running once they pass technical checks.

This page will be updated with developments as they occur.