by Mike Seely
in Regulation 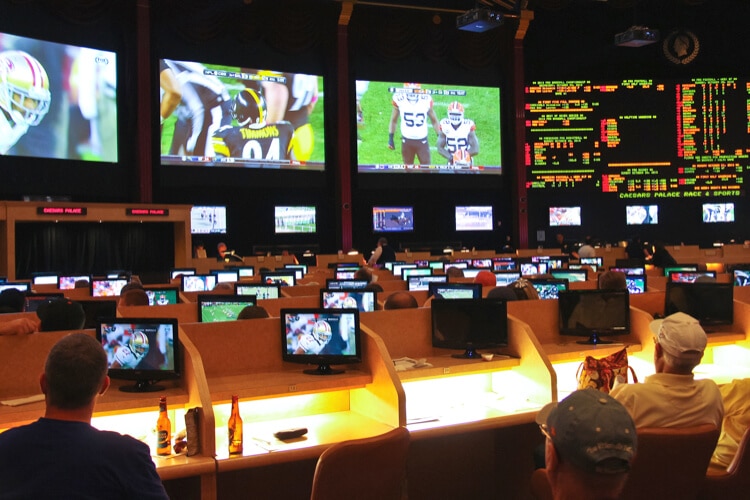 About one of 20 adults in Washington state apparently bets on sports on at least a monthly basis.

That nugget was part of information shared at Tuesday’s meeting of the Washington State Gambling Commission, where interim Director Tina Griffin presented findings from a recent survey. The study was conducted by Dr. Kahlil Philander, an assistant professor at Washington State University’s Everett campus who appeared via videoconference.

The study, which has yet to be published and was unanimously approved for presentation to the state legislature, explored Washingtonians’ attitudes toward sports betting, as well as the potential impact of its various legal forms on the state’s economy.

At the forefront of the study — and Griffin’s presentation — was a survey of more than 1,000 Washingtonians, only 5% of whom said they bet on sports once a month or more. The other 95% said they bet “never/less than once a month.”

Of those who said they wagered on athletic events, half said they did so through office pools, the vast majority of which presumably involve the NCAA men’s basketball tournament. Another 27% said they bet through retail sportsbooks, while 17% replied that they bet via mobile phones or online, and another 5% said they wagered through private bookies.

While “mobile” wagering is legal in Washington so long as it’s restricted to tribal properties, no tribe has launched it yet — and only the Snoqualmie Tribe has opened a retail sportsbook. (Washington’s sports betting industry is fully controlled by Native American tribes, which pay no gaming taxes to the state.) Hence, it’s fair to surmise that a good portion of the bets in Washington state are currently being placed outside of legal channels.

Technically, this illicit wagering includes all those March Madness office pools, which compelled the WSGC’s vice chair, Julia Patterson, to ask Philander how much of that action might move to regulated sportsbooks now that the state has them.

“When we look at migration to the legal market, a lot of that comes from having a comparable product,” he replied. “To the extent that there are viable, legal alternatives that can effectively substitute for the illegal activity, you can expect that much of that activity will transition. It’s not obvious to me that something like a March Madness pool would move over the same as somebody using an offshore bookie.”

No ‘comparable product’ in Washington state

“A comparable product” is something that Washington state — which only allows the on-site mobile, requires in-person registration, and prohibits betting on in-state colleges — currently lacks when pitted against its black-market rivals. But Philander’s study took a look at what the state’s market might look like if it moved in a more progressive, digital direction — and it will be interesting to see how the state legislature reacts to his findings, both in the short and long term.

This will come as no surprise to anyone who knows anything about how legal sports betting markets have fared in the U.S. since PASPA was repealed, but if Washington were to allow for fully mobile registration and wagering, it would exponentially increase related job growth and gross economic gains statewide. As for market maturity, Philander projects that Washington state would top out at $93.8 million in operator revenue with its current mix of retail and on-site mobile. But if Washington were to go fully mobile, the study said that figure could grow to $321.5 million — $42.2 million of which would be retail.

While the WSU study did not cover how the expansion of legal sports betting might impact problem gambling, Rep. Shelley Kloba asked Philander for his personal views on the correlation.

“I think the United States is going through probably the biggest change it’s ever seen in terms of the normalization of gambling in society and within our culture,” he replied during the meeting. “What’s become normative now is everybody’s seeing ads for gambling on TV, social media. … You’re seeing all of these significant organizations with significant reach now engaging in this betting activity. Not only that, but we’re also seeing that sports betting is not an end unto itself, but also a [path] into higher-margin online gambling.

“From a problem gambling standpoint, I think it’s unclear what the net impact could be,” Philander continued. “If gambling also, in some ways, comes out of the shadows and there is a greater understanding of the risks, perhaps there will be an adaptation effect where people will start to understand this activity because it’s much more front of mind.”