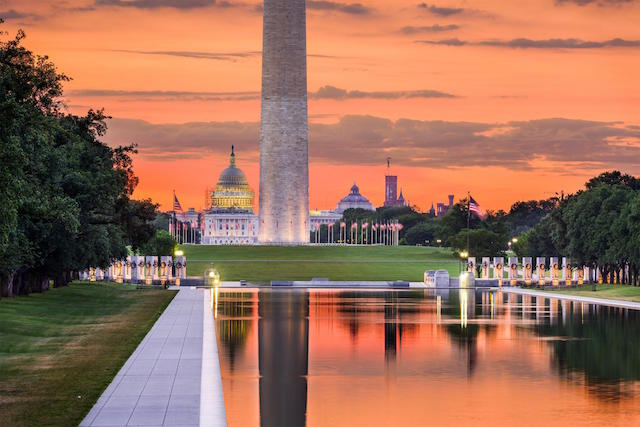 The second reading is the final reading, and if the bill passes, it moves on for the mayor’s signature and then for review by Congress (standard procedure).

The bill did not advance without ample discussion, and two council members who were adamantly opposed. In particular, councilman David Grosso said, “I don’t believe all of the hype that’s been going on around this legislation. … I believe there is a lot of self-interest in this debate and I believe that some of my (fellow council members) believe there will be millions and millions in revenue, and I don’t believe it.”

Two amendments were proposed on Tuesday. The first, from council member Robert White, would have changed the bill to allow for five mobile and internet apps in the District vs. the single-app system that the bill would put in place. White’s amendment also called included a requirement that minority and female-owned businesses to get a piece of the pie.

“If we don’t do this, it will allow Virginia and Maryland to jump ahead of us,” White said with regard to a multiple-app model. “We will lose our advantage.”

The Council has been moving quickly on sports betting in the hope of beating its neighbors to market. A sports betting bill has been pre-filed in Virginia, and Maryland lawmakers dabbled in sports betting during the 2018 session, and are expected  to take it up seriously in 2019, although Maryland may have to wait until a voter referendum in 2020 to implement. West Virginia, which legalized sports betting earlier this year, is already advertising in D.C.

Councilman Jack Evans, sponsor of the bill and chairman of the Finance and Revenue Committee, rebutted White’s argument for a multiple-app system saying that the District of Columbia CFO favors the single-app system, and that allowing for multiple apps would result in $57.9 million less in revenue.

D.C. Sports Betting Bill Would Allow for ‘Pivot’ From Single-App System, if It Doesn’t Appear to Be Working

Either way, the bill that advanced will allow the D.C. Lottery to be the only mobile/internet app available in the District, outside of sports stadiums and other venues that are licensed for sports betting. The model is unique — no state with sports betting has blocked commercial apps within its borders. Whether or not the model will work is in question, even to members of the council, who have included language that will allow them to “rotate or pivot” away from the D.C. Lottery monopoly if it doesn’t appear to be working.

The second amendment was brought to the Council verbally by Charles Allen, who wanted RFK Stadium — one of the five venues named in the bill that could have legal sports betting — to be struck from the bill. At issue is RFK’s current status and that it sits on federal land. The stadium, vacant since the MLS DC United moved to Audi Field, which opened earlier this year, is currently used for youth soccer events and as a go-cart track. Allen argued that a youth sports venue is no place for sports betting, and that since the stadium sits on federal land, sports betting would be illegal there, anyway.

Evans and others, as well as Council counsel, argued that the status of the stadium isn’t relevant and that the city owns the actual stadium building. All acknowledged that while it is illegal to sports bet under federal law, there is an argument to be made that because the city leases the land and owns the building, sports betting would be legal at the venue. In any event, the idea isn’t to put sports betting at the current RFK Stadium, but at a future incarnation of the building, which the city hopes will bring the NFL out of the suburbs and into the District.

“So, we acknowledge that it’s illegal, that (the land) is owned by the federal government, but we’re going to do it anyway?” Allen asked. “It’s convoluted.”

RFK, along with Nationals Park (MLB), CapitalOne Arena (NBA and NHL) and Audi Field (MLS) are all named in the bill. The stadiums will be permitted to have sports betting, and, likely their own mini monopolies, as it is expected that the professional teams will block use of the D.C. Lottery app in their confines, in favor of their partner vendor (i.e. MGM or DrafKings, etc.).

The D.C. Council has been enthusiastic about legalizing sports betting before this session ends. To that end, amendments have been proposed during each of the first two steps to legalization. At the Nov. 28 mark-up hearing, the bill was amended to remove a payout to the professional leagues.

D.C. Council Didn’t Acknowledge Flyer Calling for a 25-Cent Fee on Every $100 Wagered and a Multiple-App Model

Since then, a flyer has been circulating around the Council building — the Wilson Building — outlining potential changes to the bill. The document being circulated confirms Major League Baseball, the NBA, the PGA Tour, Monumental Sports & Entertainment, DraftKings, FanDuel and MGM have formed some sort of coalition — united in opposition to the bill as-is. The one-page document was hand delivered to Council offices late last week.

Besides asking for a 25-cent fee on every $100 wagered on sports in the District of Columbia, payable to the pro sports leagues, and clearly stating the group’s opposition to the D.C. Lottery being granted a monopoly on mobile and internet sports betting, the groups are seeking other changes to the current draft of the bill:

The flyer did not come in discussion at Tuesday’s Committee of the Whole meeting and none of the points on the flyer were acted on. 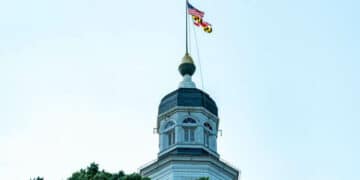