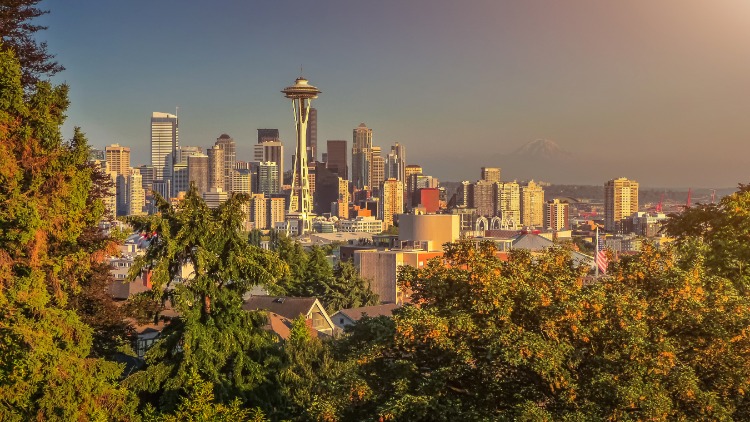 Commercial interests in Washington State are trying again to expand the legalization of sports betting to include the state’s card rooms and racetracks, but for a second time, it appears they are running up against a powerful tribal lobby and lawmakers who seem content to keep things as they are.

In mid-January, Sen. Curtis King filed SB 5212, which would allow for wagering at commercial locations. It’s unclear from the text of the bill whether or not it would include statewide mobile/online sports betting, which has been stridently opposed by both the tribes and lawmakers.

On Thursday, during a virtual hearing on the bill, Maverick Gaming owner Eric Persson, who supported the previous attempt at commercial legalization, testified along with more than a half a dozen Maverick employees and Teamsters representatives about the merits of expanding gaming.

Persson teamed up with Teamsters last year in an effort to strengthen his company’s position in Washington. Persson’s Maverick Gaming owns gaming properties in Colorado and Nevada, as well, and opponents of SB 5212 and previous commercial bills have portrayed Persson as an interloper with no meaningful ties to Washington State.

Maverick Gaming announces that they purchased all of the shares and assets of Great American Gaming Corporation. The assets include three cardrooms located in Everett, Tukwila and Lakewood. Read more about the purchase here: https://t.co/AsJSTyjtMj.

In a press release ahead of the hearing, Persson was clear that mobile wagering would be limited to on-site and that SB 5212 would ensure that no commercial sportsbook could launch ahead of the tribes.

“Commercial card rooms have been operating in this system since 1997,” he said. “SB 5212 will create a taxed and regulated marketplace for sports betting that fits our state’s measured approach by restricting sports betting to on-premise only, and would limit commercial sports licenses to only the currently licensed operators, thus curtailing future expansion. SB 5212 will also ensure no commercial business has a sports betting license before negotiations for tribal compacts are complete.”

Does new bill include statewide mobile or not?

SB 5212 seeks to add card rooms and horse racetracks to the current sports betting landscape, but there are apparently questions surrounding whether the bill would allow for statewide digital sports betting. Supporters say they want mobile/online available on property, similar to Mississippi, but opponents say the language leaves open the possibility of a market where online sportsbooks are accessible statewide via mobile devices.

“I’m very concerned at the suggestion that mobile sports betting would be placed only on premises,” said Rebecca George, executive director of the Washington Indian Gaming Association in testimony. “There are loopholes in this bill that suggest otherwise.

“Statewide mobile would be bad for this state. It was rejected last year, and should be again.”

Washington Tribes Fight To Keep All of the Sports Betting Pie https://t.co/bfvz34Sq1L

While the WSGC is a neutral party in this discussion, Director Dave Trujillo and Legal and Legislative Manager Brian Considine both testified.

With regard to keeping digital wagering on-premises only, Considine testified, “While I can see that language is there, because there is language there, it could read on-site only, but it could also be interpreted to mean it’s statewide. We would need the [legislature] to lock that down for us.”

The WSGC is currently moving forward to launch retail wagering at tribal locations, and should the current bill pass, it would then be tasked with crafting additional rules and regulating the commercial side, as well.

Difference of opinion with regard to revenue

The tenor of the meeting was much like it was in 2020 — Persson and Maverick Gaming arguing for a more inclusive environment while lawmakers appeared, for the most part, unmoved or even opposed. Sen. Derek Stanford noted that he’s seen reports in the media that sports betting could result in $50-$100 million in revenue for the state, but the fiscal note on the bill estimates closer to $5 million in tax revenue per year when the market is fully mature.

That number is likely more realistic. For the 2019 calendar year, the state of Mississippi took in about $5.3 million in taxes based on a 12% tax rate (8% state, 4% local). Mississippi has less than half of the population of Washington State and only allows in-person wagering, but it has 28 full-fledged casinos with sportsbooks that are regulated by the state, as compared to 19 local card rooms and a handful of racetracks.

Whatever the number, both sides were certainly trying to massage it for their own purposes  — the tribes and lawmakers on the low side, and Maverick representatives on the high side.

The arguments could be all for naught. In 2020, the commercial bill didn’t get to a floor vote in either chamber as the tribal bill moved easily onto the governor’s desk. In 2021, the temperature of the room — even in its virtual state — seems about the same. Thursday’s hearing closed with no action. The legislature is in session until April 25.