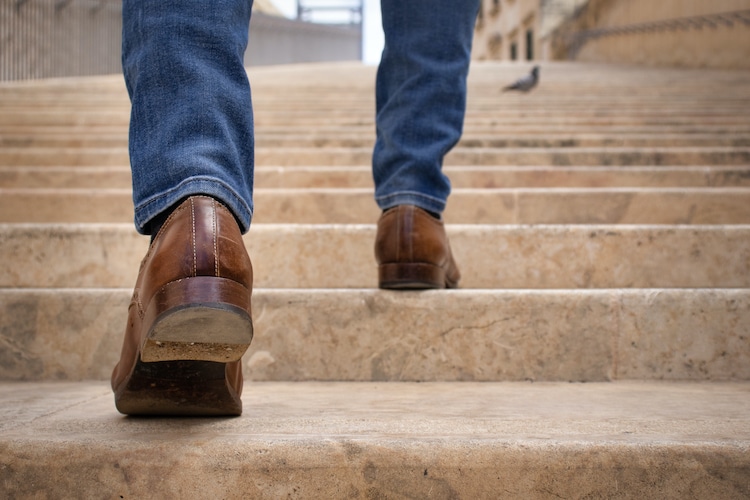 As the first state to legalize sweeping tribal-only sports betting, Washington regulators have a long path to follow before they can roll out regulations, license sportsbooks and ultimately give the go-ahead for the first bets to be placed. To start with, the Washington State Gambling Commission and interested tribes must go through 11 steps before regulations are officially approved. On a parallel track, regulators will be developing infrastructure and tribes will be building out sportsbooks, contracting with operators and completing all of the other odds and ends needed to offer up a chance to bet on the Seahawks or Mariners.

“It’s unlikely the compacts, regulations, tribes and state will be ready by the end of the year,” WSGC Executive Director Dave Trujillo told Sports Handle. “We’re looking at the first quarter of 2021, I think. We’ve already spent time getting ready, and we’d be further behind if we hadn’t done that. We’re ready to move forward, we’re just waiting on the pacts.”

Though 20 states plus Washington, D.C. and Puerto Rico have legalized sports betting since the Supreme Court struck down the Professional and Amateur Sports Protection Act in May 2018, Washington State is the first in which the state legislature — in tandem with Indian Country — legalized wagering exclusively on tribal properties. Regulators know they are in a unique situation, but it is one they are used to. Tribes have been down this road before, too. It is all the other stakeholders that will need to practice patience.

The first step in the compact negotiation process has already begun — four tribes have requested to negotiate with the governor’s office to rework their compacts. The governor’s office has given the power to negotiate to the WSGC, which has 30 days to reply to a request. The WSGC has done so, and is in talks with multiple tribes. Unfortunately, from a time perspective, each compact — there are 29 tribes that have gaming compacts with the state, though only 22 operate casinos — must be negotiated on its own.

“The goal is to have a model amendment that could be included in other compacts,” Trujillo said. “But the first pacts will take awhile. … Once a compact amendment is approved in the Federal Register, then it is specific to that tribe, and the next tribe has to go through its own process. Whichever tribe is quickest at us helping them will be first out of the block.

“Prior to the first referral, we were hoping that the tribes would appoint a point tribe.”

Though that hasn’t happened yet, those in Indian Country also see the value of having a model.

“Tribes are collaborating throughout the state, so we can find a good common-sense solution to bring this thing across the finish line,” said Kevin Zenishek, executive director of casino operations for the Kalispel tribe’s Northern Quest Casino.

Operators may need licenses from state and tribes

The WSGC is currently in communication with the Kalispel, Snoqualmie, Suquamish, and Tulalip tribes. Once a tribe and the WSGC reach an agreement, it will be sent to WSGC commissioners and legislative committees. The legislature has 30 days to respond, the WSGC then has 45 days in which to hold a public hearing and send the agreement to the governor. From there, Gov. Jay Inslee would sign a compact, forward it to the tribal chairman to sign, and then the tribe would send the agreement to the U.S. Dept. of the Interior for review and posting in the Federal Register. Suffice to say, it’s a long process.

Washington is a step closer to offering legal sports betting for the first time. Four tribes are in discussions with the state Gambling Commission to work out the details, after the Legislature signed off on the plan earlier this year. @TomBanse reports. https://t.co/8Z3NcijqU3

In addition to what’s going on on the state’s side of things, tribes are developing their own sets of rules and regulations, so any sportsbook in Washington State will likely be subject to dual licensing — through the state and a tribe. So, for example, if a company like Caesars, FanDuel or PointsBet contracts with a tribe to manage its sportsbook, it may be subject to getting two licenses.

According to WSGC Legislative Liaison Brian Cosidine, the state will “co-regulate” with the tribes. “It’s two separate and parallel tracks.”

The process, according to both sides, is moving along smoothly, and it’s expected that WSGC staff will ask for initial rule-making to begin at Friday’s meeting.

‘We’re not going to reinvent the wheel’

Given the inherently complicated nature of getting to live sports betting, Washington regulators aren’t looking to make the process any more difficult. They’ve visited Nevada, New Jersey and Pennsylvania to garner some ideas for what works and what doesn’t, but are conscious of the reality that their state is different. Behind Nevada, the WSGC is the second-oldest gaming regulatory group in the U.S., so it is savvy on how to manage and regulate casino gaming, but reworking compacts and introducing a new kind of gaming isn’t a regular occurrence.

“There is not one specific state we are looking to model,” Trujillo said, “But we’re not looking to reinvent the wheel. The regulations are going to be relatively similar to other states.

“We have their information, but it’s a different model.”

From a tribal perspective, there is a desire to move more quickly, but an understanding that the process will be arduous.

“I think we’ve had a second meeting with the state, and it’s moving along,” said the Kalispel’s Zenishek. “But it’s new for everybody, so both sides are trying to make sure we don’t miss anything.”

Zenishek says the tribes are “going through the nuts and bolts” of the compacts, looking at everything from what defines a geofence to how to address responsible gambling to how information is transmitted over the internet. Because of the compacting process, some of the items that would usually appear in state regulations may instead appear in each compact.

In addition, tribes are opening conversations with potential operators. It’s a good bet that all the major players and smaller competitors, from Rush Street Interactive to US Bookmaking, will be a part of the mix when Washington sportsbooks open. And rest assured that even though statewide mobile sports betting isn’t part of the current landscape, operators will want a foothold on the physical side of things in anticipation that things could change in the future.

How much money will WA make from sports betting?

Washington State’s non-traditional sports betting setup also means that the state won’t directly benefit from a monetary standpoint in the same way other states do. The new law does not impose a tax on sportsbooks — it can’t, under the federal Indian Gaming Regulatory Act  — but state lawmakers are counting on the tribes continuing to give back through the continued economic impact on communities and charitable donations. The state will get direct revenue via license fees, which will be charged to operators, and those will be used to cover costs incurred by the commission, according to Trujillo. But “hard dollars that go to the state will be few and far between.”

Traditionally, the tribes have funneled money to education and health care for their people. Under an agreement with the state, the tribes also contribute to “charitable organizations, local governments, smoking cessation and problem gambling programs.” Ultimately, Washington tribes have given the state tens of millions of dollars over time.

Beyond managing the development of regulations and the licensing process, the WSGC is trying to sort out how to deal with a $6 million loan approved when the new sports betting law was passed in March. The money was supposed to give regulators a head start on clamping down on the sports betting black market, and is scheduled to be repaid in late 2021.

With just about no gaming revenue since Washington shut down its casinos in the face of COVID-19 earlier this year, regulators are already exploring how they will deal with the loan. Casinos began reopening in May. When the WSGC asked for the loan, it had planned to repay it via revenue from sports betting licensing fees.

“The hope was that sports betting would come quicker,” Cosidine said. “At the very least, we’ll have to ask that (deadline) to be pushed back because we don’t want to use non-sports betting dollars to pay it back. The $6 million is going to help the agency, but it’s not clear how much we’ll use for sports betting or how much we can flex to use for other things so we don’t have to raise fees.

“We’re hoping to keep the money and use if for sports gambling and to fill other holes.”

That challenge is just one more to handle while those coffee beans are aging.