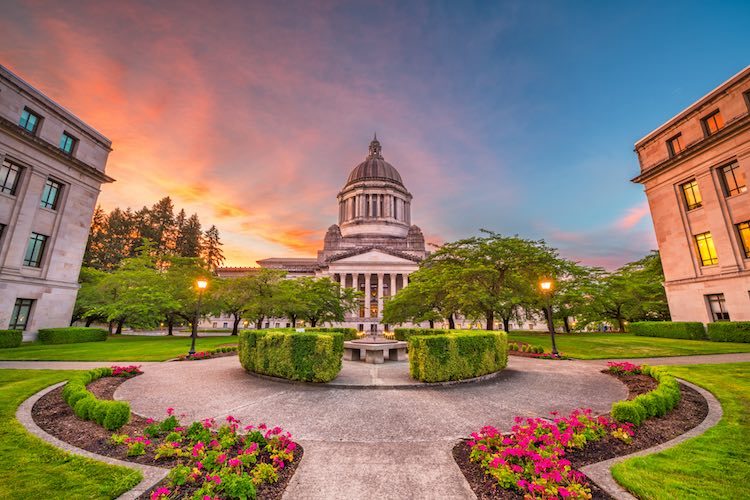 Washington State is poised to become the first state in the West to legalize sports betting after the House overwhelmingly approved substitute HB 2368, 83-14, late Thursday night. The bill will now go to the Senate for concurrence, which should be a lay up if not a slam dunk, and then head to Governor Jay Inslee’s desk for signature.

A mirror-image bill is in the Senate, but leaders there told the Seattle Times last week they would hold off and let the House take the lead on sports betting.

The House bill would also make Washington the first state to pass sweeping tribal-only legislation. It will allow only sportsbooks on premises at tribal gaming facilities. North Carolina passed tribal-only sports betting, but it only affects two casinos, neither of which have launched sportsbooks yet. Michigan legalized sports betting in December for both tribal and commercial sportsbooks, making it the first state to find a consensus between tribal and commercial interests. Washington State currently has 29 tribes active in gaming.

Salmon to enforcement: Most amendments fail

The bill does not include a state-wide mobile component, and there is no tax or licensing or revenue-sharing structure. It does invite the professional leagues and the NCAA to be part of the discussion during the rule-making process. Fees and adjustments to the tribal-state compacts will come later. From the bill:

Upon the request of a federally recognized Indian tribe or 2 tribes in the state of Washington, the tribe’s class III gaming 3 compact may be amended pursuant to the Indian gaming regulatory act, 4 25 U.S.C. Sec. 2701 et seq., and RCW 9.46.360 to authorize the tribe 5 to conduct and operate sports wagering on its Indian lands, provided 6 the amendment addresses: Licensing; fees associated with the gambling 7 commission’s regulation of sports wagering; how sports wagering will 8 be conducted, operated, and regulated; issues related to criminal 9 enforcement, including money laundering, sport integrity, and 10 information sharing between the commission and the tribe related to 11 such enforcement; and responsible and problem gambling. Sports 12 wagering conducted pursuant to the gaming compact is a gambling activity authorized by this chapter.

On Thursday, lawmakers brought five amendments ranging from using some sports betting revenue to repair culverts and restore the state’s salmon runs to upping the commitment to problem gaming, but the only one that passed was Amendment 1224, which would advance $6 million to the state’s gambling enforcement commission to get “ahead of the curve” before sports betting goes live.

“We are thrilled at the overwhelming bipartisan support for HB 2638,” said Kevin Zenishek, executive director of casino operations for the Northern Quest Casino, which is owned and run by the Kalispel tribe. “An 83-14 vote shows that legislators in Washington State recognize and appreciate the good work the Tribes do with their government gaming dollars here and don’t support attempts by an out-of-state company to siphon money away from Washingtonians.”

Debate on the bill was informed and impassioned, with those in favor reviewing the contributions that Washington’s tribes make to the state and arguing that Washingtonians only want sports betting if it’s in a controlled environment.

“I’ve had a chance to travel the state and see what tribes are doing,” said Democratic Representative Strom Peterson, who detailed tribal advances in childhood care centers, elder care, education and job creation. These are things “we try to do every day here in Olympia, but they are doing this not just for themselves but for the communities around them.”

#BREAKING: A proposal to legalize sports betting in WA tribal casinos — and only there – just passed the state House of Representatives by 83-14 vote. Now goes to state Senate where odds looking better with each passing week of #waleg session. Background: https://t.co/rpNOieViNk

Opposition to the bill wasn’t about whether or not sports betting should be legalized in Washington, but how. In the recent weeks, a commercial bill, that would have allowed for sports betting at the state’s card rooms and other non-tribal venues, died in committee, despite vocal efforts from card-room operator Maverick Gaming. The local Teamsters Union recently joined forces with Maverick, but from the start, lawmakers have seemed committed to legalizing on Indian lands only.

Vick’s pleas appeared to fall on deaf ears, and his speech was followed by yet another in favor of tribal-only gaming. The vote itself took less than a minute, showing that lawmakers knew how they were going to vote before the debate even began.

Should the bill become law, Washington would join Oregon as the only Western state outside of Nevada to offer sports betting since the fall of the Professional and Amateur Sports Protection Act in May 2018. Oregon did not need a new law in order to offer sports betting, which it does via the Oregon Lottery and at at least one tribal casino. The only other states that have live tribal sports betting are New Mexico, New York, and Mississippi, none of which needed new legislation.