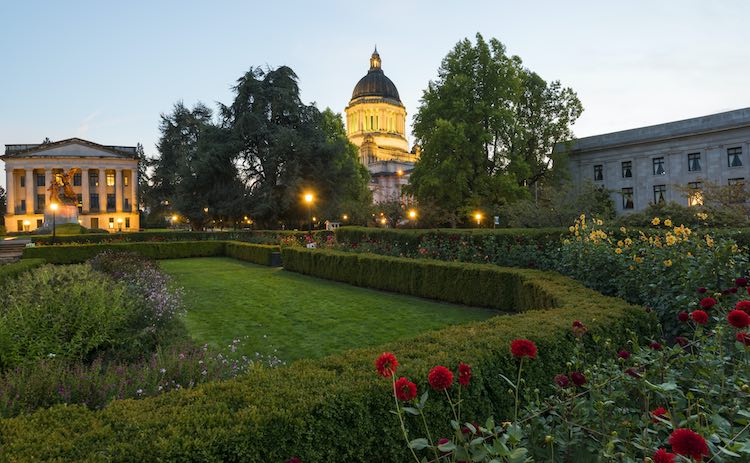 The question of whether or not Washington lawmakers should approve sports betting on tribal gaming premises only versus a more inclusive online model was debated Friday when the Senate Ways and Means Committee heard testimony from 16 stakeholders. The committee did not vote on HB 2638, the bill that passed the House in February. But the Ways and Means Executive Committee has the bill on its Monday agenda. It is listed as No. 21 out of 84 bills on the executive committee agenda. A vote in favor would send the bill to the Senate floor.

The Washington state legislature adjourns March 13, so the Senate would have about a week to take up the issue should it reach the floor.

On the other side is Maverick Gaming, which purchased a group of card rooms in Washington State last July. The owner, Eric Persson, is a native Washingtonian and a member of the Shoalwater Bay tribe, but he’s found himself opposing the tribes while asking lawmakers to consider being more inclusive. Persson brought multiple employees to Friday’s public hearing to testify, and the overall mantra was: slow down the process and include us. A key issue from Maverick’s point of view is that an emergency provision was added to the bill last month, meaning that if it becomes law, it goes into effect immediately.

Senator Ann Rivers, who has both tribal casinos and card rooms (not owned by Maverick, she noted) in her district, asked during the hearing if card rooms were “dodgy,” to which Dave Trujillo of the Washington State Gambling Commission replied that “most are good neighbors.” Rivers went on to ask questions throughout about why legislation in Washington couldn’t be more inclusive, but she seemed to be the only senator pushing for a bill that would include commercial gaming.

“If card rooms are good neighbors, why isn’t there enough to go around?” she asked. “Why can’t it all be bricks and mortar with no electronic?”

The reply from Washington Indian Gaming Association Executive Director Rebecca Kaldor was succinct: “This legislature has not had any interest in a massive expansion of gambling. This bill that the tribes are bringing forward is so we can compact under IGRA. I don’t see this as us vs. them, I see it as us doing what we need to do to get sports betting.”

The debate will likely continue should the bill continue to move forward, but it appears that Washington lawmakers are focused on legalizing sports betting on tribal lands only. HB 2638 has moved relatively easily and quickly through the legislature to date. In fact, the Senate already passed a similar bill, but agreed to lay back and let the House take the lead on sports betting, according to a Seattle Times story earlier this year.