Despite an ‘if you can’t beat ‘em, tax ‘em’ attitude, growing pains persist 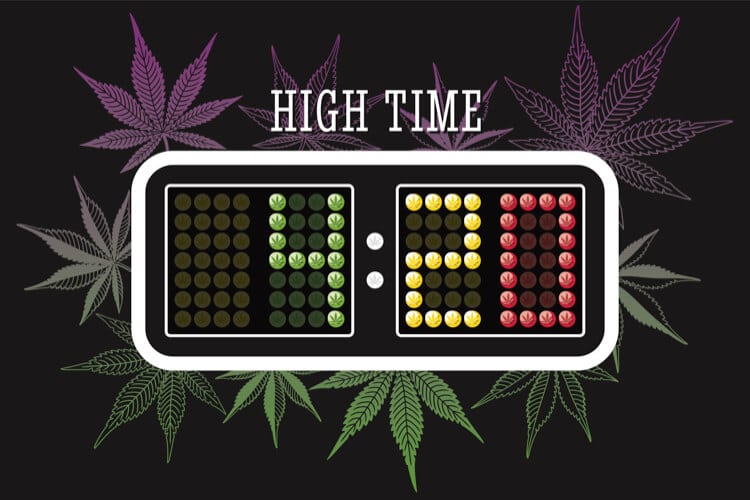 You might say that as the full-time cannabis editor for Denver’s alternative weekly, Westword, Thomas Mitchell has a professional obligation to sample marijuana. And that he does.

Mitchell also likes to bet on sports, an activity that, like smoking pot, is fully legal in the state of Colorado.

When Mitchell stays in for the night, he likes to “smoke a joint and watch the NBA” and “put a little $3 action” on a given game using a mobile sportsbook. On Sunday mornings, he remains sober while reviewing NFL spreads and determining what to wager on. And when he watches UFC fights with his friends, he’ll bet on them from his phone at a neighborhood bar in order to “make the night a little more fun without getting too serious.”

This all would have been unimaginable a mere four years ago, before PASPA was repealed by the U.S. Supreme Court. And for people who grew up when Nirvana and Pearl Jam were up-and-coming whippersnappers, Mitchell’s typical schedule of leisure activities is liable to elicit a “pinch me if this is real” reaction.

As summed up by Dr. Timothy Fong, the 50-year-old co-director of UCLA’s Gambling Studies Program who’s also conducted research on the effects of cannabis, “Think back to when you or I were in school and I said, ‘Hey, I’m going to the dispensary and then to the bar to bet on sports.’ You would have thought that was ridiculous, but that’s available tonight.”

‘Part of the human condition’

To this end, Roundhill has ETFs (a close cousin of mutual funds) devoted to sports betting ($BETZ) and cannabis ($WEED). Fittingly, the latter launched this past April 20, a date commemorated annually as “Weed Day.”

“At the end of the day, I think a lot of state governments are interested in tax revenue however they can get it,” Hershey said. “In both cases, these governments are starting to appreciate the size of the gray or black markets: This is going on anyway, we haven’t been able to stop it in the black market, why not create regulated markets where we can make tax dollars?”

“I think what’s happening in all these spaces is I actually just think that there’s been a real realization — really rethinking things that have once been illegal,” said FanDuel Canada General Manager Dale Hooper, who previously worked for a company called Cannabis Compliance Inc. “Once there’s enough of a foundation of people who are using it, regulating it and making it safer is the most important thing. And ensuring that consumers and people are protected.”

“Having it regulated and having it taxed and having more resources to deal with the downside, that’s a good thing,” added Fong. “In California, even with regulated cannabis, the unregulated market hasn’t shrunk at all — it’s gotten bigger.

“With gambling, unregulated websites still exist. So it isn’t so much about forbidding these kind of behaviors, because these behaviors are part of the human condition. We might as well discuss it and educate people much sooner to deal with it. The real truth of the matter for me involves stakeholders who actually regulate it do have a duty to ensure that their product is safe and minimizing the public harm.”

Ceiling not as high for U.S. weed

Various forms of sports betting and cannabis use are legal and operational in most of the United States, with each state responsible for establishing its own legal framework. But while the Supreme Court’s decision to strike down PASPA gave sports betting a form of government seal of approval, marijuana is still classified as an illegal drug on the federal level. That is among a handful of reasons why the cannabis industry faces a steeper climb in the U.S. than in Canada, where legalization was nationalized.

Take Roundhill’s ETFs, for example. With the sports betting offering, Hershey said he and his associates were able to raise $50 million — in the first two days. But with WEED, they’ve only raised $2 million in the first two months.

“For cannabis, there were several funds on the market since we launched. For that reason, it’s been rather tepid,” Hershey explained. “I think that investors are less euphoric than they were, and that’s shown with our launch. I still think there are a lot of people who really believe in cannabis, the difference being the repeal of PASPA and the fact that sports betting is legal on the federal level.

“For U.S. cannabis companies, none of them trade on the NASDAQ or New York Stock Exchange because they’re not allowed to. So they trade over the counter and on securities exchanges in Canada. Casino companies, more broadly, have had institutional investor bases, where with cannabis, a lot of investors simply can’t access these companies. If you look at Tilray, a Canadian cannabis company, it’s listed on the NYSE and they trade on a much more valuable level than their U.S. peers, who are much more profitable.”

Contrast the American experience with Hooper’s north of the border, where the cannabis company he helped get off the ground was purchased by the august investment firm Deloitte.

“After being in the cannabis space for three years, an opportunity came along with FanDuel,” Hooper said of his shift in sectors. “The part that really augmented my move into sports betting was I’d just gone through opening a new industry, illicit market to legal market, creating regulations for the first time. There are quite a few differences between cannabis and sports betting, the most obvious one being that the sports betting industry had existed for years. [The cannabis industry] was being invented in Canada.”

“Sports betting has a proven, profitable business model,” said Hershey. “Look at Entain, look at Flutter. There’s no question this is a proven business model at scale.

“I think sports betting and iGaming, from what we’ve seen so far, is going to have a much easier transition from unregulated to regulated [in the U.S.]. It’s a tech-based product offering as opposed to a physical offering. On top of that, the quality of the product that the FanDuels of the world are putting out is pretty compelling. You can’t [legally] get cannabis over the internet. In sports betting, you can. The shift is much lower friction than going through a store or larger entity.”

Despite the fact that he was hired to cover Colorado’s cannabis industry, Mitchell is somewhat guarded at work when it comes to disclosing his greener indulgences.

“If I’m talking to my boss, I wouldn’t bring up either as things I did over the weekend,” he said. “’What’d you do this weekend? Oh, I smoked weed and lost too much money on college basketball.’ You’re seeing Instagram accounts and meme accounts blowing up over these things, where you’re showing off excesses of legalization.”

So what happens when you smoke a little pot before placing a few bets? Whereas it can be rightfully assumed that a raging drunk might want to go easy on the prop bets, might marijuana act as a natural guardrail to reckless gambling behavior?

“It probably doesn’t help with the parlays,” Mitchell conceded. “It’s easier for me to convince myself, ‘Of course Nikola Jokic will score the first bucket of the game and Lewis Hamilton will come in top three. And why not combine that with an over/under and turn $3 into $1,300?’ Then it all comes crashing down within the first 30 seconds of the game and your bet’s over.”

That being said, Mitchell added, “It’s a low-money thing. It’s more for me to do something while I’m high.”

With mobile betting, Fong observed, “Friday night, I don’t have to go anywhere. The casino is now in my home. Does cannabis change risk-taking behaviors like with alcohol? We’re not sure, but my experience is absolutely, yes. The traditional stereotype is you’re just going to sit around and not get up, but some people become more impulsive, more likely to take bigger risks than they would if they were sober.”

However, he noted, “I’ve had patients who actually use cannabis as a way to treat their gambling addiction, to reduce their motivation to go gambling. I don’t know if I’m ready to call that treatment, but it worked for that person.”

Gummies at the counter?

Because cannabis is still classified as an illegal drug at the federal level in the United States, the commingling of marijuana and wagering has yet to expand beyond the couch of Mitchell and others like him. But Fong thinks “it’s only a matter of time” before such a union happens — at least in the mobile space, where he imagines a promotion might read, “Sign up now for our mobile sports betting app, get two pre-rolls for free.”

“When you think of gambling with other addictive substances, there’s been a long history of them going hand in hand,” Fong added, noting cigarettes’ reputation for managing stress and “alcohol served for cheap under the guise of getting people to stay engaged with gambling, gambling more, getting their inhibitions down.”

“With cannabis, the only reason we don’t see that partnership is because it’s not allowed. As soon as the federal government removes it from Schedule 1 or the Controlled Substances Act, I imagine we’ll see cannabis lounges inside casinos or gummies at the counter.”