Get A Grip: The Week In Sports Betting: Virginia And Michigan Sportsbook Launches, New York Mulls, Much More 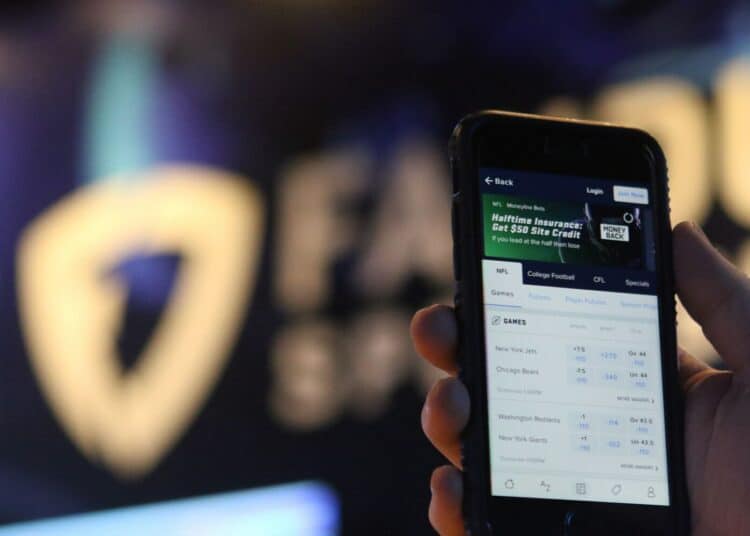 Legal sports betting in Virginia began on Thursday, Jan. 21, amid a combination of uncertainty, excitement, and frustration. (But mostly excitement.)

On Wednesday night, a pair of social media accounts associated with FanDuel Sportsbook teased that the platform would be available on Thursday, only to walk it back and say “soon.” But it was soon indeed, as FanDuel debuted in VA on Thursday afternoon, and it appears it will have exclusivity in the 13th state allowing online wagering — at least for this weekend. Regulators are soon expected to green light more operator applications, including BetMGM, William Hill, and PointsBet, among over a dozen others.

“Decisions on additional permit awards are imminent, and we anticipate more than one sportsbook will be in position to begin accepting legal wagers from Virginians in time for the Super Bowl on Feb. 7,” a lottery spokesperson said.

FanDuel’s solo debut was not coincidence, but rather an apparent prioritization benefit from partnering with the Washington Football Team. A spokesperson for the Virginia Lottery told Sports Handle that the sportsbook (apparently through its partnership with WFT) was “granted ‘substantial and preferred consideration’ by the Virginia General Assembly.”

This preferential treatment was thought to also extend to groups that will be making $250 million-plus capital investments in casinos approved for construction in several regions. In any case, perhaps those, including Rush Street and its BetRivers sportsbook, are next in the prioritization queue for launch.

And oh by the way, the very first legal wager in Virginia? One bettor staked $25 on the Golden State Warriors (against the spread at -5) to defeat the New York Knicks on Thursday night. Mark it an ‘L’, as the young group of Knicks whipped the Warriors 119-104 behind a career-high 28 points from R.J. Barrett.

Michigan mobile sports betting is live this week, and next week a Chic Fil A opens near me. Haven’t run this good since we knew all the 2k results during peak corona virus.

And of course, Virginia unexpectedly beat Michigan’s online sportsbook and online casino launches to the punch. That designation carries little to no value outside the eyes of state regulators and industry geeks.

Anyhow, Michigan’s shotgun launch of 10 online sportsbooks and eight online casino platforms was quite a robust launch, I believe the largest total group of licensed platforms to go live all at once. In Colorado and Tennessee in 2020, four sportsbooks apiece hit the airwaves on their respective go live dates of May 1 and Nov. 1.

Of the 10, only Penn National and PointsBet, which eventually will launch online casinos, did not do so simultaneously with the sportsbooks.

On Tuesday, New York Gov. Andrew Cuomo included mobile sports betting in the state’s fiscal year executive budget, sending the strongest indications yet that online sports wagering will be available in the Empire State at some point over the next 12 months.

At the same time, a parallel bill on mobile sports betting easily passed through committees in the New York State Senate and Assembly on Tuesday and Wednesday, respectively. Cuomo’s budget projects that mobile sports betting will bring the state $357 million in Fiscal Year 2023, and will step up to $493 million by FY 2025.

Using New Jersey as a model, Assemblyman J. Gary Pretlow believes the legislative pathway will generate more revenue than Cuomo’s proposed system. In December, New Jersey bettors wagered $996.3 million setting a new U.S. record for a single month, which equated to $8.3 million in tax revenue in the month alone based on a comparatively modest tax rate of 12.5% of gross gaming revenue for online bets. And that is with over 15 separate brands competing online; a sole-source lottery-run sportsbook, likely of inferior quality, most likely would vastly underproduce if New York has similar models to those in Oregon and Washington D.C.

Based on population data, Pretlow expects the monthly handle in New York to at least double that of New Jersey. If New York bettors wager between $2-$2.5 billion per month, “all of our expectations will be met,” Pretlow said at Wednesday’s hearing.

Pretlow also took the Gaming Commission to task for not moving expeditiously in crafting sports betting regulations two years ago. If his bill is signed into law, the assemblyman vowed to pressure the Commission to move quicker in formalizing rules for mobile sports betting.

“Sometimes I believe they’re being vindictive,” Pretlow said at the hearing, held via webcast. “They don’t want us to look right, so they’ll do what they can to slow things down.”

The developments this week set the stage for weeks of intense negotiations between the Governor’s office and the legislature. The New York state budget is due on April 1, and the General Assembly is in session until June 10.

WynnBet on the move

Since Wynn Resorts debuted its WynnBet mobile app in November, the company has been on a straight uphill track in terms of expansion. Earlier this week, WynnBet announced that it has secured sports betting market access in Ohio, the eighth state it will be able to offer mobile/online sports betting in.

WynnBet is currently available in New Jersey, Colorado, and now, Michigan. The company has also secured market access in Indiana, Iowa, Massachusetts, and Nevada, though it is not live in any of those states. It has also applied for sports wagering licenses in Tennessee and Virginia.

UPDATE ON HORIZON?: Unlikely the Biden Admin’s DOJ appeals the decision, rather Wire Act of 1961 could get an overdue update [CDC Gaming]

CASHING IN: President Biden’s inauguration is collection day for one member of the gambling media [US Bets]

MGM is walking away from its proposed £8bn bid for Entain just a week after Entain's CEO left and two week's after Entain's board rejected an initial offer. Wonder what this does to the joint venture relationship now…

GEARING UP: Sen. Craig Zucker on what’s next for sports wagering in Maryland [Press Box]

OUTLIER: What could be behind a 20% hold percentage for Barstool in December? [PennBets]

Since apparently we now think revenue is more important than handle…meet your new king: Barstool Sportsbook in PA🙄 pic.twitter.com/mVkbGIeTrb

Statement from Billy Walters on the clemency he received today: pic.twitter.com/1ZmAGIGxLY