Get A Grip: The Week In Sports Betting: Maryland, South Dakota, And More 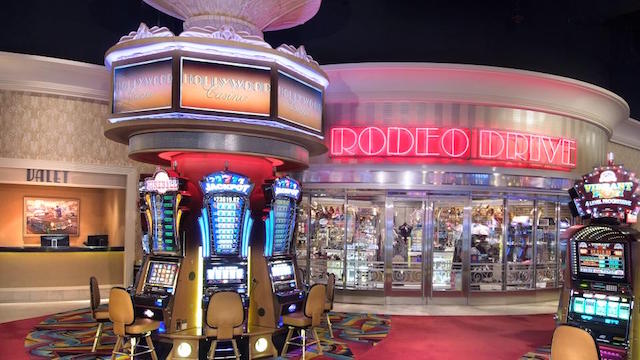 At a hearing before the Maryland House Ways and Means Committee on Wednesday, Delegate Jason Buckle lamented the slow-moving nature of government as the committee continued to educate itself on sports betting.

“We’ve worked collectively as a committee to move sports betting forward,” he said. “We are extremely disappointed that we continue to fall behind our neighboring states.”

Wednesday’s meeting including hearing time for three Maryland sports betting bills, all of which got support from DraftKings, and, for the most part, local casinos and horse racetracks. Maryland lawmakers have been trying to find a way around putting sports betting on the 2020 ballot, and legalize it sooner, but the hearing provided no clarity on that issue.

Some Maryland lawmakers looking for path to legalize sports betting that doesn't require a constitutional amendment. Here's a look at one such idea. https://t.co/5MnLOPb3kP

Representatives from the Maryland State Fair asked that one of the bills be amended to include half-mile racetracks, so that the fairgrounds track and OTB could be included among the facilities that could host sports betting, and one casino group wants to limit mobile sports betting to licensed casinos, rather than allow “stand-alone” mobile.

“We support mobile sports betting, but only through licensed casinos,” said a representative from Maryland Live! Casino during testimony. “That allows the casinos to have in-casino specials, and if they can bring people in two, three, four times a year, it will increase revenue.”

It appears unlikely that Maryland will legalize sports betting in 2019, as there are only six weeks left in the session, and none of the four sports betting bills has even gotten to a committee vote. On the Senate side, SB 470, which would put legalizing sports betting to the voters in 2020, is set for a hearing before the Senate Budget and Taxation Committee on March 13.

In February, the session closed in neighboring Virginia with no action, leaving West Virginia as the only state in the region that has launched sports betting. Washington, D.C. legalized sports betting in December and is aiming for a summertime launch.

“It is remarkable to me that D.C., which is not known for moving quickly, was able to get from 0-60 so to speak, and they will potentially be taking (Maryland) customers away,” Buckle said.

The Peach State became the latest to entertain sports betting when HB 570 was filed earlier this week. The bill would legalize mobile sports betting and would allow for up to 10 interactive sports betting operators throughout the state. In-person registration would not be required. According to the text of the bill, the state constitution must be amended to legalize sports betting, and a referendum would be placed on the 2020 ballot.

HB 570 would allow consumers to bet on college and professional sports, and the Georgia Lottery Corporation would be the regulatory body.

In terms of the financial details, the bill calls for a tax rate of 10 percent of adjusted gross revenue, and a $20,000 sports betting license application fee and a $10,000 renewal fee.

South Dakota lawmakers voted down a measure that would have put a referendum on the 2020 ballot to let voters decide for or against legalizing sports betting in the tourist hub of Deadwood. The House State Affairs Committee voted against the proposal, 7-3, on Monday. It had already been passed by the Senate. The proposal initially came at the request of the Deadwood Gaming Association, which according to the Associated Press, said it will now likely attempt to gather the necessary number of signatures to get the proposal onto the ballot, rather than go through the state legislature.

Legislative analysis from Sports Handle and US Bets

Arkansas legalized gaming in November, and there’s already a new bill with wholesale changes to the young law.

With deadlines looming, Indiana may not legalize sports betting this year.

FROM THE STRIP TO THE MOTHERSHIP: An inside look at ESPN’s ‘Daily Wager,’ which debuts Monday. [US Bets]

ALL BETS OFF: Issues with a third-party supplier have caused Delaware North to close down two West Virginia sportsbooks [MetroNews]

The @FDSportsbook will open at Valley Forge Casino in Pennsylvania on Wednesday, March 13. Book will feature seven teller windows, 29 visual displays (odds screens and TVs) and seating for more than 30 customers.

MLB released its new lineup and umpire policies, both of which raise plenty of questions.

The country’s three most populous states seem the most unlikely to legalize sports betting anytime soon.

Sports betting was a hot topic at the annual Sloan Analytics Conference in Boston.

LEBRON VS. MJ: Who’s better? Hard to say, but it’s sure fun arguing either side of the GOAT. [SportingNews]

CENTER OF THE UNIVERSE: Here’s why all eyes will be on Los Angeles. [LAT]