In the East, two markets continue to grow, while a pair of central states stare down hurdles 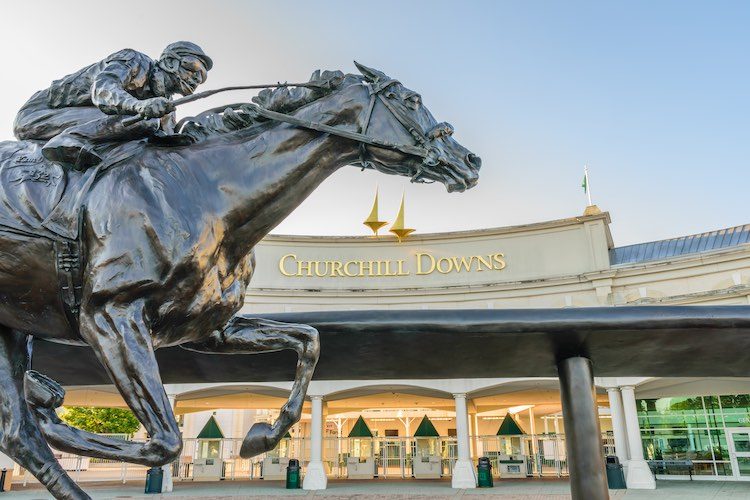 Here’s the weekend Sports Handle item, “Get a Grip,” recapping the week’s top stories and rounding up key stories in legal sports wagering, gaming, and the world of sports at large. You may have missed them, and they are worth reading.gif

This past week brought a pair of East Coast monthly revenue reports — from New Jersey and Pennsylvania — the largest legal U.S. sports betting markets outside Nevada. And the numbers showing December wagering figures, from a handle and revenue perspective, were pretty, pretty good.

The December reports also put a bow on 2019, allowing us to measure the first full year (non-calendar) of legal operations in Jersey. Writes John Brennan for NJ Online Gambling:

Of the $4.58 billion wagered in the state, $3.84 billion of that came from bets made on laptops, desktops, and smartphones. The casinos and racetracks took in another $747 mm in bets, so the total percentage of money wagered online was 83.8%.

New Jersey taxpayers might like to know how much the state got to keep. That would be $36.5 mm, with an estimated $5 mm to $6 mm of that coming from residents of New York who crossed the Hudson River rather than visit the far upstate casinos in their own state that also offer legal sports betting.

Similar story but different timeline in Pennsylvania, where PA online sportsbooks first went live in the Spring of 2019, and total betting handle surged  to a new high of $342.6 million in December.

The increase [from November] was all due to a boost in online wagering, which represented a new high share of 86.8% of bets, with $297.4 mm. The amount wagered online at eight sites was 11.5% higher than the month before.

The December volume pushed the total amount wagered legally on sports in Pennsylvania in 2019 to $1.49 billion. The gaming board reported the operators retained $84.1 mm of that as revenue — a 5.6% hold percentage — and state and local governments received $30.3 mm in taxes from it.

Koenig should have an easier time getting his bill onto the governor’s desk this year than last for two reasons: 1. 2020 is a budget year, meaning only a simple majority is needed to pass a budget bill vs. a two-thirds majority in 2019; and 2. new Governor Andy Beshear not only supports the legal sports betting, but gave Koenig and the bill a “shoutout” in his State of the Commonwealth address on Tuesday.

“Last year with needing 60 votes, we had north of 51, but nowhere near 60,” Koenig said. “It will be, it’s easier to get 51, and I feel confident about that in the House. With the governor as an ally and giving me and the bill a shoutout in the State of the Commonwealth, that is a big, big thing, and I think that will get some people to change sides. I think there will be others (bills), but mine will be the vehicle.”

HB 137 got a first reading in the House on Wednesday and was set for a second Thursday, and if things move quickly, on Friday, it could be added to the “Orders of the Day,” which means it can be voted on on the House floor, likely next week. The Kentucky legislature adjourns on April 17.

Other most important stories, happenings this week

As the league (@mlb) begs for money to protect the "integrity of the game," it shows true colors.

The latest corrupt influence isn't coming from the outside — the bad actors are in the house.

LOBBYING OR BULLYING: How MLB, the NBA and the PGA used ‘negotiation by bayonet’ [Athletic]

TN PUBLIC WEIGHS IN: ‘Follow Nevada rules to get it right’ [SH]

MANIFEST: Penn National takes control of its own destiny [IGB-NA]

WHY NOT:  National Lacrosse League teams up with MGM on betting deal [Bloomberg]

Premiere is 3 pm ET on Sunday on ESPN, re-airs at 9 pm Sunday on ESPN and watch anytime on the ESPN app. https://t.co/bgabL8dhd9 via @enquirer

Example 47 of a lottery being out of touch with reality.

If you thought this was going away today, you were wrong. Now there’s a call from Congressman Bobby Rush of Illinois for a Congressional Oversight hearing on the MLB cheating scandal. pic.twitter.com/TJlreTHKYr

ICYMI around our network this week

Kentucky On The Move As Sports Betting Bill Clears Committee

New #GambleOn podcast! Michigan Rep. @BrandtIden joins us to talk about how he got sports betting and iGaming legalized, plus we cover the veto in Maine, progress in Kentucky, MLB "integrity" as it applies to the Astros, and NFL Championship Weekend bets: https://t.co/m6yf17krg3