Get A Grip: The Week In Sports Betting: TN Releases Regs, Names Chief 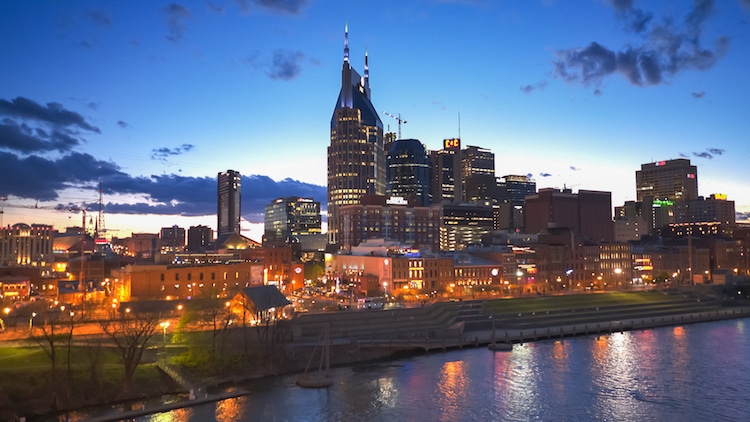 The Tennessee Education Lottery on Thursday announced that it will release draft sports betting regulations on Friday, Nov. 22. The regulations will then be open for a 30-day public comment period before being considered by the by the state’s sports betting council.

In addition to taking that step, the group also installed a Las Vegas veteran to oversee the state’s regulation of sports wagering: Associate Director of the International Center for Gaming Regulation at UNLV Jennifer Roberts announced on Wednesday that she will be leaving her position to become the Director of Sports Betting for the TEL.

Well, big life change happening in two weeks. Today, I formally accepted an offer to oversee sports betting regulation for the Tennessee Education Lottery. I hope y’all will come visit me in Nashville. Las Vegas will always be special to me and I’ll still be cheering on VGK!

The Montana Lottery Commission on Thursday voted 4-0 to approve the draft rules for sports betting, according to a Lottery spokesperson. In addition, it was announced that the new product will be called “Sports Bet Montana.”

Some minor changes were made to the wording of the draft rules in response to public comments, but the substance of the rules did not change. The rules will be published in the state register in early December, and the Lottery can open the application process.

It is expected that up to 1,400 locations around the state — from bars and restaurants to existing Lottery vendors — could apply for licenses. Locations that want sports betting must also have the appropriate gambling and alcohol licenses required by the new law. Bettors will be able to wager on college and professional sports either at a kiosk or on their phones in range of the kiosk. State-wide mobile sports betting was not legalized.

Lawmakers in Oregon believe that the Lottery, which launched sports betting on its mobile app in October, requires legislative oversight for its new ScoreBoard app, reports Willamette Week. According to a recently released opinion from the state’s legislative counsel:

Lawmakers expressed concerns rooted in problem gambling, but the Lottery stands by its decision to launch, and a spokesman said the process has been “transparent” from the start.

The Lottery released a draft summary of its October operating report, which included about two weeks of legal sports betting. According to the summary, handle was $560,000 with $538,500 paid out in prizes. After expenses, revenue to the state was $146,700. Sports betting revenue in Oregon is earmarked for the state’s pension fund. According to Willamette Week, more than 30,000 consumers have signed up for ScoreBoard and have bet more than $13 mm in the first month.

NFL PLUS POKER: The World Series of Poker is now an official NFL sponsor. [PocketFives]

BENGALS BITE: Bettor ‘bitter’ after he be barely misses turning $20 into $50K. [ESPN]

Thanks for the shoutout Fiona! pic.twitter.com/GkE4g7N3Lg

John Harbaugh has become the most aggressive 4th-down coach in the NFL.

These 2 things are related.

DIGGING DEEPER: MLB says it will extend Astros’ probe to including 2018, 2019. [HoustonChronicle]

A Full Update on the Astros Cheating Scandal (as of today)https://t.co/qUtp3JuaNd

HERE’S AN IDEA: Mike Bloomberg wants to be president. He should buy the Knicks, instead. [WSJ]

Legal but not live: When Colorado, Illinois, Montana, NH, and Washington, D.C. might launch.

How the legal U.S. sports betting market is fundamentally disadvantaged.

The secret files in the New Jersey sports betting saga: Why the suppression is unlikely to last.

Fox brand not translating into big betting so far in Pennsylvania.