Get A Grip: The Week In Sports Betting: DK Gets PA Mobile Nod, Wisconsin, More 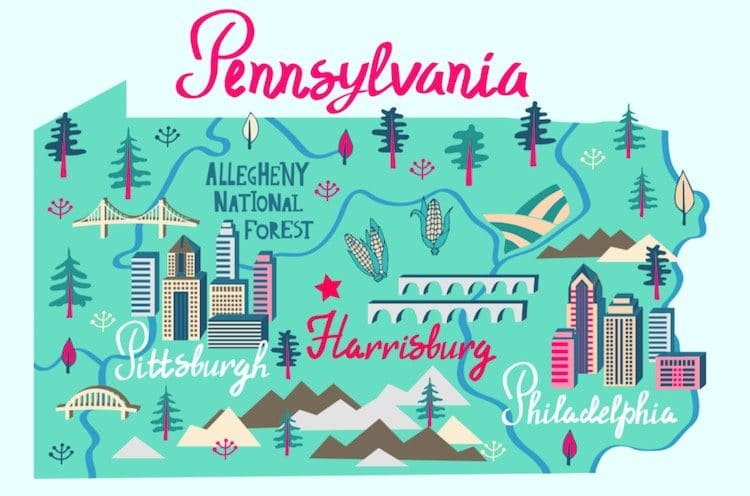 DraftKings gets mobile approval in Pennsylvania

DraftKings on Wednesday got the go ahead from the Pennsylvania Gaming Control Board to go live with its mobile/online sportsbook, and the company plans to do so next week. DraftKings has partnered with Penn National’s Meadows Racetrack & Casino for mobile.

The app will bring the DraftKings Sportsbook (online) to a fourth state — it already have mobile sports betting in New Jersey, West Virginia and Indiana. According to PennBets, the DraftKings app will be the sixth to go live in the Keystone state.

“DraftKings is excited to receive our Sports Wagering Operator License, moving us one step closer to bringing our top-rated online and mobile sportsbook app to sports fans in Pennsylvania,” Tim Dent, DraftKings chief compliance officer said in a statement. “Working in partnership with the outstanding team at Penn National Gaming, we expect the mandatory soft play period to begin on Nov. 4 towards the goal of an official public launch a few days later.”

No sports betting for you

Wisconsin is among a handful of states that has seen only minimal conversation about legalization among its legislators. Why? The state has a big tribal presence and according to a local lawmaker, the tribal-state compacts would need to be renegotiated to accommodate sports betting, but Governor Tony Evers likely isn’t open to talks.

“The way they were negotiated by (former) Governor Doyle with the tribes, I don’t think it’s something we can simply implement in Wisconsin,” Senate Majority Leader Scott Fitzgerald told WSAU. “That’s why there hasn’t been much talk about it in our state.”

Wisconsin is surrounded by states that have already legalized sports betting (Iowa, Illinois) or are discussing it (Michigan, Minnesota).

SIN STATE?: Las Vegas has been known as ‘Sin City,’ but NH is the Sin State. [USNews]

NCAA’s top governing board voted unanimously to permit students participating in athletics the opportunity to benefit from the use of their name, image and likeness in a manner consistent with the collegiate model: https://t.co/QLMpBD1k6D

READY: Philly’s Stadium Casino gets approval for mobile a year before opening. [Philly.com]

TRACTION: As sports betting catches on, eSports looks to be next. [InnoTechToday]

EARLY BIRD: Here’s why it pays to bet on college games before Saturday. [AL.com]

HOW TO: A beginner’s guide to Oregon’s Scoreboard app and sports betting. [Oregonian]

Seabiscuit barely beats Ligarroti in a 1938 match race at Del Mar. It was the first ever nationally broadcast race over the NBC radio airwaves pic.twitter.com/P1Kcms6IoD

LIVING THE DREAM: Inside the Nationals World Series win. [ESPN]

WHAT’S NEXT?: Astros had a dream season in the making. Where do they go from here? [BleacherReport]

NO WORRIES: Stephen Curry’s got a broken hand, but it’s not time to panic. [SI]

DEATH SPIRAL: Most of Deadspin staff resigns in protest. [USAToday]

Zion accidentally got Jaxson Hayes in the face 🤣 pic.twitter.com/vxRrWHwlwi

Also around out network this week

Pricing wars for sports betting promos: A race to the bottom or a viable business plan?

Legal U.S. sports betting: A fearless forecast for the next five years.

The impact of Google lifting its online gaming ad ban.

Michigan lawmaker on sports betting: ‘What does the governor’s office want?’