DraftKings Second To Launch Mobile In West Virginia This Week 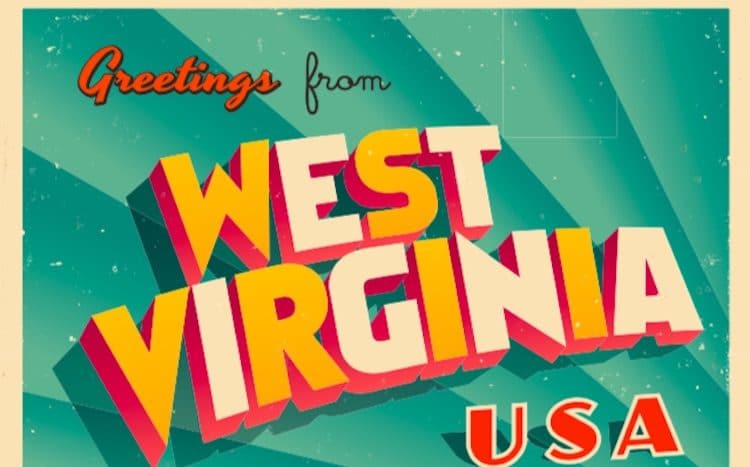 DraftKings made it two this week in West Virginia. Two days after rival FanDuel launched its mobile app in the Mountaineer State, DraftKings did the same Wednesday morning. The two launches fill a void created when Delaware North shut down two physical sportsbooks and its BetLucky.com app/website in March.

DraftKings’ mobile debut in West Virginia marks the second state in which the company has a live sports betting app. It originally debuted in New Jersey in August 2018 when it became the first online/mobile app available outside of Nevada.

“We are thrilled to continue our DraftKings Sportsbook expansion by getting our product into the hands of West Virginians,” Matt Kalish, co-founder and Chief Revenue Officer at DraftKings said in a press release Wednesday. “We look forward to serving our fans with the top-rated DraftKings Sportsbook app … (which) strives to provide the broadest selection of betting options with the best odds and rewards in West Virginia. DraftKings knows the American sports fan better than anyone, and we look forward to proving that in the Mountain State.”

DraftKings has been prepping to launch its app for months, and in June was delayed due to compliance issues surrounding the Wire Act, according to a West Virginia Lottery press release.

According to the company, bettors can download the app via the App Store or Google Play, or can access is online via Sportsbook.DraftKings.com

Consumers can bet on everything from college and pro football to the U.S. Open tennis tournament to Champions League soccer. In-play betting is available and the company offers its “Odds Boost” promotion on the site. Among the unique bets available are a chance to bet the Cowboys to win the NFC East and get $5 in free play for every regular-season game holdout Ezekiel Elliott misses or get your money back (up to $25) for a 0-0 Champions League tie.

West Virginia was the second state behind New Jersey to launch state-wide mobile when Delaware North did so in December, but just three months later, citing a contract dispute with vendor Miomni, it shut down the Mardi Gras and Wheeling Island bricks-and-mortar sportsbooks as well as the mobile/online platform. A Delaware North spokesman said earlier this month that the company is still seeking a mobile partner.

In the interim, West Virginia bettors were without a mobile option for the NCAA basketball tournament and NBA and NHL playoffs. Until Monday, it looked like football season might kick off without mobile in West Virginia, but FanDuel’s launch quickly quashed that possibility.

Mobile operators in West Virginia are required to be tethered to a physical sportsbook, and DraftKings partners with the Mountaineer Casino sportsbook, located in New Cumberland, which is just about on the West Virginia-Ohio state line. Ohio has not yet launched sports betting, so its likely that both DraftKings and FanDuel will be able to capture bettors from Ohio as well as other border states.

West Virginia is the first state in its region to offer state-wide mobile sports betting, while Washington, D.C. will likely be next. Lawmakers in the nation’s capital legalized sports betting in December 2018, and rolled out proposed regulations over the summer. After the public-comment period, the D.C. Lottery opted to push back the planned mobile launch while it researches and reworks some of the regulations.

Overall, West Virginia’s foray into sports betting has been a rocky road. Regulators initially planned for all five of the state’s physical sportsbooks to go live at the same time, but only the Hollywood Casino, operated by Penn National, was ready on Aug. 30, 2018, and the last bricks-and-mortar sites to open (and then close) were at the Mardi Gras and Wheeling Island on Dec. 27, 2018.

We are officially LIVE across West Virginia for mobile sports betting 💰

When FanDuel launched on Monday, it was a first for the company — the rollout of its own proprietary wallet and account technology, which allows fans to co-mingle daily fantasy and sports betting funds. FanDuel has mobile platforms in New Jersey and Pennsylvania, but in both of those states, the back-of-the-house financial technology is powered by GAN. FanDuel was acquired by Paddy Power Betfair in 2018, and Betfair works with GAN, so in the interest of time, FanDuel launched its first two mobile platforms using the GAN technology.

FanDuel partners with The Greenbrier in White Sulphur Springs.