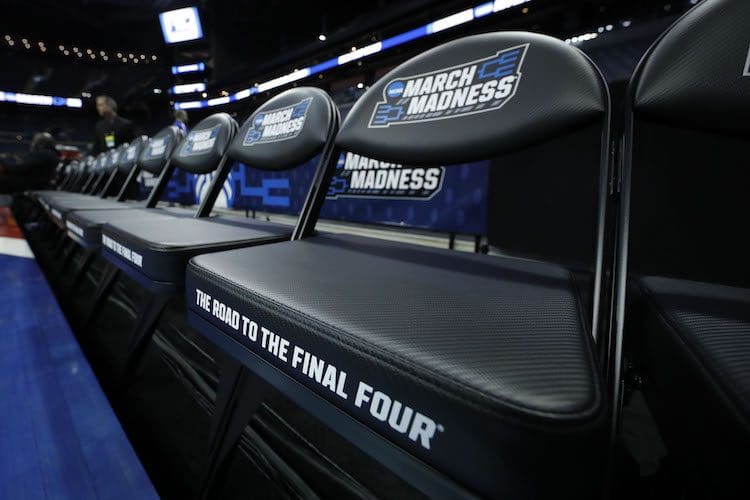 Since Delaware North shuttered its two sportsbooks in West Virginia, and took its mobile app offline in early March, there’s not been much talk about what’s up and what’s ahead for legal sports wagering in the state.

“It’s the prime betting season, when everyone wants to come to West Virginia and visit our state, enjoy what we have, and enjoy our sports betting program, and they’re unable to,” House Delegate Shawn Fluharty (D-District 3), the author of West Virginia’s sports betting law told Mike Curtis on the podcast Inside West Virginia in late March, during the NCAA men’s basketball tournament. “It’s extremely upsetting as a lawmaker because I believe there should be more transparency in what’s going on, and they’ve kind of really dropped the ball.”

A little background: in early March, Delaware North shut down its Wheeling Island and Mardi Gras retail sportsbooks and its online app, BetLucky.com, which currently displays the following notice:

“BetLucky will not be accepting new customers, deposits or wagers at this time.

If you have a balance, you can still log-in and request a withdrawal through Play+ or to be picked up at the Wheeling Island or Mardi Gras casino cage, depending on which casino’s app you have.”

The site was initially powered by Miomni Gaming, but Delaware North has since cut ties with the gaming supplier. On March 29, Delaware North issued the following statement:

“We have notified the West Virginia Lottery Commission that Delaware North is taking steps to terminate its partnership with Miomni Gaming, our management services provider in West Virginia. Since March 6, Miomni’s contract dispute with third-party technology supplier Entergaming has resulted in our inability to accept new sports wagers at our Wheeling Island and Mardi Gras casino sports-betting operations as well as via the BetLucky.com mobile app.”

Delaware North said the process of finding a replacement may take several months.

According to Fluharty’s interview, at issue is an intellectual property dispute, and the net result for West Virginia is some sports betting revenue. The state’s sportsbooks opened later than expected last fall, and now two physical sportsbooks plus the state’s only state-wide mobile app were offline during March Madness, one of the biggest sports betting events of the year.

Putting aside the squabble and lost revenue to the state, having two sportsbooks and a state’s only mobile offline is a bad look and is creating a stir among consumers.

DraftKings, FanDuel, William Hill are all key players in the mobile sports betting game, and already have a presence and sports betting partners in the state. FanDuel runs the retail sportsbook at The Greenbrier Resort in White Sulphur Springs. DraftKings is working with the Hollywood Casino through an arrangement with the casino’s parent company, Penn National Gaming. William Hill runs the sportsbook at the Mountaineer Casino. All three are still awaiting approvals to launch mobile/online sportsbooks in the state.

Apparently, approval for all of them to start mobile sports betting has been delayed as lottery officials try to sort out the DOJ’s position on the Wire Act.

That position took a startling and perplexing turn in a Nov. 2018 memo in which the DOJ reinterpreted the 1961 federal law, and determined it may apply to lotteries (internet sales) and online gambling — not just sports betting.

“It’s kind of given everybody caution on how to move forward until we can get that resolved,” West Virginia Lottery chief John Myers told West Virginia Metro News last month, regarding the holdup on other online sports betting applications. “We are doing everything we can to try and work through that. We’ve been working through our national organization to try and get some idea on how the DOJ decision is going to come down.”

That situation progressed on Thursday in New Hampshire, where U.S. District Court Judge Paul Barbadoro denied the DOJ’s motion to dismiss the New Hampshire Lottery Commission’s lawsuit against the DOJ. The judge also predicted that the matter is likely headed to the high court in Washington, D.C.

Whether Delaware North could partner with one of DK, FD or WH to relaunch retail and/or online operations is an open question.

In the meantime, the state of West Virginia is losing revenue by the day.

“I think that the slow rollout during football season, and we didn’t take advantage of that, and there’s basically nothing left of March Madness,” Fluharty said. “It’s going to kill our revenue numbers, and our projections are going to be much higher than our actual revenue numbers are.”

According to the West Virginia Lottery, the state’s March handle was $17.5 million, compared to $17.3 million in February and $17.9 million in January. The March number is for five weeks of sports betting, including three weeks with no mobile, which had been accounting for as much as 80 percent of Wheeling Island’s revenue and about 50 percent of the Mardi Gras Casino’s.