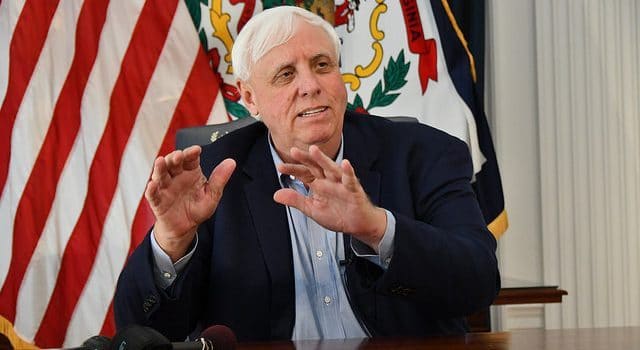 The West Virginia sports betting bill (SB 415) became final this past weekend as Governor Jim Justice announced that the bill legalizing sports wagering in West Virginia would become law. But, maybe it’s not a done deal? (Note: bills in W.V. become law five days after passage, with or without the governor’s signature.)

“After the Supreme Court issues its decision on sports wagering, to address any provisions of the legislation that might be in conflict, I will ask the legislature to look at the advantages of partnering with the major sports leagues,” Gov. Justice said in a statement this past weekend. “I believe there could be real value to this partnership.”

On Monday, Governor Justice further explained his thinking in an interview with host Hoppy Kercheval of MetroNews Talkline (watch/listen below).

.@WVGovernor & his Chief of Staff Mike Hall join @HoppyKercheval to provide an update on the sports betting bill & talk about the bill dismantling education and the arts. WATCH: https://t.co/wkudfIAoe1 pic.twitter.com/9v5kuqQU2A

Here’s the essence of what appears to be motivating the governor to have the legislature revisit the bill, known as the West Virginia Lottery Sports Wagering Act:

“When you just snub players like the NBA or MLB or NFL when they’re trying to become a partner, I don’t think there’s goodness in that,” he said. “If there’s a way to bring them to the table without them taking a lion’s share of profit out of the state, we ought to at least look at it.”

Yet, state legislators did already get input from NBA and MLB lobbyists and officials during committee hearings and throughout the legislative process. Lawmakers determined that the leagues were asking too much, and that the fees and other aspects of the “Model Sports Wagering Act” would be detrimental to state coffers and sports betting operators. In other words, that a partnership with the leagues wasn’t a partnership at all, but a shakedown.

In SB 415, the leagues didn’t get the “integrity fee” or royalty for 1% of all wagers (about 20-25% of operator revenue); they didn’t get the exclusive right to provide data to operators to grade wagers (which a lawmaker in Connecticut dubbed a “monopoly”); nor did the leagues get a right to restrict or limit wagering on games.

Now, the governor is getting an earful from the leagues, which have called the bill “flawed” and worse.

“I personally believe that there is a real benefit to a partnership with the major leagues,” Justice told Kercheval, “and I think there’s some cleanup work that needs to be done with the bill. I’m absolutely a proponent of the bill,” he said, to be clear, but “I think we ought to use the expertise of [league officials and representatives].”

Justice noted a softening of the league’s ask of 1% to 0.25% for the royalty or “integrity fee,” a reference to a developing piece of legislation in New York (where the percentage is capped).

“As far as a 1% integrity fee — and now that’s down to a quarter of a percent — which is not a lot of money to tell you the truth, and the casinos surely ought to be able to afford that,” he said.

The leagues already came to the table and tried to take a large share. Now they want some table scraps. Not just for the calories but because the precedent set in West Virginia is unfavorable, considering other states will see that West Virginia didn’t bend to the leagues’ demands, so why should they put themselves or their potential operators at a disadvantage?

Justice suggests that sportsbook operators would and could absorb the 0.25% monetary hit, the states a lesser hit as an extension, but that partnering in the leagues would somehow grow the sports wagering pot. He offered no explanation for this, nor have we heard from the leagues during any of the discussion in any state about how they would help grow sports betting revenue for states.

“At some point in time I’m going to ask us all to come back together and look at it,” he said, referring to calling for a special session at some unspecified time after the Supreme Court rules.

MLB said in a statement of the bill and of Justice’s willingness to reconsider:

“Major League Baseball appreciates the willingness of Governor Justice to correct the significant flaws in the sports betting statute by calling a special session to amend the law. We believe that with the Governor’s leadership, the amended statute will better protect the citizens of West Virginia and the integrity of sports, and also increase revenue for the state in the long run.”

MLB is already playing a messaging game, calling it an “amended statute,” presuming passage. Justice said of a potential reformatted bill with more league input: “If it’s not a good deal, we’ll keep what we’ve got, and that’s great too.”

It seems Justice felt he needed to give the leagues something to ease tensions. But lawmakers have already taken a “look at the advantages of partnering with the major sports leagues” and decided that there were none that would benefit West Virginians. And the bill passed by sweeping margins. SB 415  cleared the House of Delegates 77-22 and the Senate 25-9.

“If there are issues that we can address” and make this “model legislation that the entire country can use and duplicate, we should do so,” Justice said.

West Virginia already has created a model piece of legislation for states looking to enter the sports betting market. The fact that the leagues are furiously fighting against it is proof.