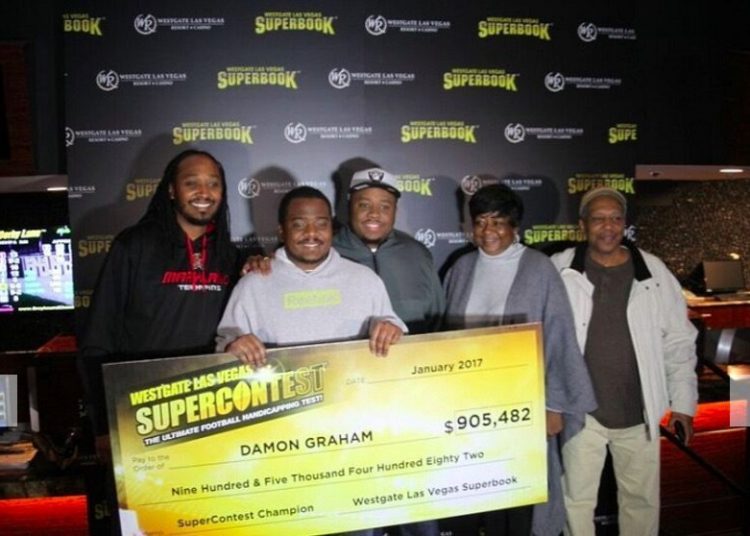 If the current pace holds, the 2017 Westgate Las Vegas SuperContest winner will claim the first $1 million-plus prize in the history of the competition. Dubbed the “Ultimate Pro Football handicapping test,” the contest’s popularity has exploded this past decade as the number of entries has swelled from 300-something throughout the aughts to nearly 2,000 in 2016. With an entry fee of $1,500 per contestant, the top prizes have also spiked and probably will reach the 7-digit range this season.

LAS VEGAS SUPERCONTEST CONTESTANTS HAIL FROM ALL OVER THE COUNTRY

Westgate’s Vice President Race & Sports Operations, Jay Kornegay, attributes much of that growth to the rise of social media.

“A lot people have learned through social media that they can actually enter this contest even if they’re not a resident of Nevada,” Kornegay told SportsHandle. “So it’s been a lot of word-of-mouth growth.”

The contest rules allow out-of-state players to submit their picks through Nevada-based proxies, so long as they properly sign and authorize such. “Both contestant and proxy must sign up, in person, at the same time in the Westgate Las Vegas SuperBook,” the rules state.

Kornegay estimates that more than half of SuperContest contestants now hail from outside of Nevada. “This is a total estimation on my part, because we don’t know for sure, but I think the number is about 60-percent.”

Of course, the contest’s increasing popularity has created a lot more administrative legwork for the Westgate.

“This escalated growth over last over the seven years has made it a losing proposition for us with all the dedicated hours, starting with attorneys, compliance, not to mention all the hours we have to spend dealing with 1,500 or 2,000 contestants each and every week,” Kornegay explained.

“It’s a lot of time and effort spent because first of all, we want to make sure it’s run properly. There’s inquiries each and every week claiming a wrong pick, and that requires time and attention, and in pretty much every case someone has forgotten which team they actually picked” he said. “That’s just part of the process — but 300 contestants is much different than handling 2,000. So there’s a lot more man hours required to run this than people think.”

As a result of the work that the contest requires, the Westgate charged an administration fee for the first time in 2016: $120 from each contestant’s $1,500 entry.

“The fee means there’s a little drop in the payouts, but all that goes toward running the contest and the bonuses” Kornegay emphasized. “We have three $15,000 bonuses given right back to the contestants. This year’s a little different. In the past we had a 67% bonus of $20,000, which would most likely go to the winner, or part of it, but we figured we didn’t need that because his pockets are already getting filled.”

The three $15,000 bonuses this year reward mini-contest winners: (1) the best record through the first four weeks (2) the halftime bonus, paying the contest’s leader through Week 8 and (3) the best record during the season’s final three weeks — a prize available only to those who sign up early, meaning on or before 4:00 p.m. Monday, September 4.

“We had a little bit of pushback last year [on the administrative fee] but this year it’s been all positive” Kornegay said. “People understand it. We’re shooting for our first million dollar winner this year. We need 2,071 contestants to get there. And we’re well above pace to get there.”

ANYONE AND ANY BARISTA’S GAME

As of August 21, 1,233 players had signed up, ahead of last year’s record-setting pace with still three weeks two-and-a-half weeks to go until the ’17 season kicks off. And the pool of players will remain a mix of regular Joes, Starbucks baristas, farmers, so-called pros and legitimate wiseguys.

“Part of the intrigue of the contest is that anybody can win and put a really good year together” Kornegay said. “As far as some of the more sophisticated players, the pros or the sharps, whatever you’d like to call them, I think they have a more consistent record year-to-year and are right up there, but as far as winning it– anybody can do it.”

In case you missed it, last year’s first prize winner was a Starbucks barista named Damon Graham. Graham found out that he had won during his break at work. “And then he went right back to work!” Kornegay mused, adding that Graham rode over on a bus to collect his $905,000 prize.

And the second place winner was a 61-year-old Illinois farmer named Mark Jorstad, who didn’t even watch a game on the TV until after he finished his corn and soybean harvest around Thanksgiving. 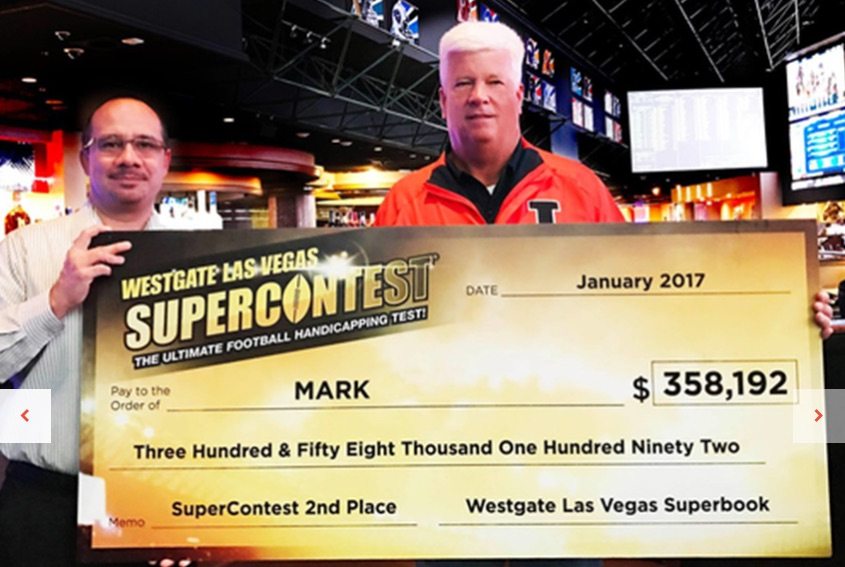 THE DEBUT OF SUPERCONTEST ‘GOLD’

In response to the contest’s growing popularity, the Westgate is upping the ante in a couple ways.

As of August 9 the Gold contest had 13 entries, “But because we know this Gold contest will be made up mostly of the more sophisticated players, we expect that most of them will wait until the last minute to sign up, and we  expect anywhere from 30 to 40 contestants this year.”

With 40 players that would mean a $200,000 first-place prize, and serious heartburn for the first runner up.

The Westgate is also working on a plan to offer Las Vegas Immortality for future and past winners.

“Because what we are doing has become so popular now and more and more people are following it, we want to recognize it as well and so we’re going to create a SuperContest Hall of Fame.” Kornegay said, adding that it most likely wouldn’t be completed until the end of the year.

“A wall with the winners’ names, alias, record and year, with a banner and the slogan up there. ‘Good teams win, great teams cover. The ultimate Pro Football handicapping test.’”