What Exactly Is a Sports Betting ‘Tout’? 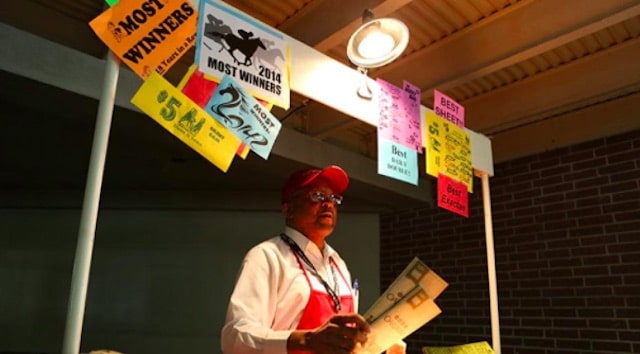 The business of “touting” is likely as old as civilization itself, and should the United States Supreme Court allow legal sports betting where you live, many millions more in this country will be further exposed to it.

The word touting or “tout” has a negative connotation. It almost always, in today’s parlance, means a hard, aggressive selling style coupled with exaggerated and even false claims. When horse racing ruled the sports world in the 1930s, 1940s and 1950s, racetrack touts would sometimes pick each horse in a race to a different customer, thereby guaranteeing one would win. The tout would then return to the winning customer to receive a fee or percentage of the winning bet in exchange for pointing that bettor toward the winning horse.

The tout could not lose, but every bettor, except one, did just that.

Deceptive marketing such as this causes the word “tout” to retain its unsavory meaning. A modern-day tout or sports handicapper functions in a manner similar to a financial advisor, who recommends stock purchases for a percentage of the buy or for a set fee. However, in the sports betting environment, a consumer normally pays a set fee for information or a selection or package of picks. Payment is made at the time of purchase and only rarely in the form of a percentage of a winning wager(s).

A “public handicapper” in the sports betting world is a different animal. He or she commonly makes a selection or series of picks in a public forum, such as in a digital or print newspaper, on social media or on broadcast outlets, and may separately offer further plays for a set fee. The exact number of picks available and the cost varies among those who market their wagering choices.

Of course, some public handicappers simply put out picks for purposes of conversation and debate and don’t seek any remuneration. For example, you may consider your local or national sports radio host a “public handicapper.” There’s a good chance he makes college football or NFL picks on Friday afternoons in the fall. It makes good radio fodder. Same as sports media figures such as Bill Simmons, who writes a weekly NFL picks column, one that’s half NFL, half popular culture.

If the sports wagering marketplace becomes more widely and legally available in the wake of a decision in the Supreme Court sports betting case (aka Murphy v NCAA), bettors will have to judiciously decipher the good from the bad when faced with a wave of offers from touts and handicappers of all kinds.

Unfortunately for the many reputable purveyors of legitimate sports wagering information, the demarcation between the transparent information by legitimate analysts, and the less than transparent and honest, is somewhat blurred. Some of those who market and sell sports wagering picks have long been suspected of giving out both sides of a game in a manner reminiscent of the horse touts of decades ago.

[Also See: What to Expect From the Coming Sports Betting Marketing Wave]

However, such a practice is less probable in the sports betting realm because it would guarantee that half of your customers lose on each game. Even the most aggressive marketing would not be sufficient to resupply such a handicapping service with new customers. A digital trail also makes it much easier these days to get caught in such a scheme. Above all, successful handicappers stay in business by picking winners. Those that are better marketers than handicappers disappear sooner rather than later.

In Nevada, sports bettors are subjected to a seemingly endless onslaught of bombast from all kinds of information providers. Conveniently, there are many websites that track how these public selections released on local radio and over the Internet fare in the marketplace. Many individuals, usually sports bettors themselves, provide a most useful roadmap on how to invest the wagering dollar, and which information provider to pay attention to.

Parsing All That Information

There’s so much accurate and meaningful data online, perhaps only a full-time analyst or group of analysts would have time to parse it all. Even the casual sports bettor should now realize that every action in every game is tracked by several sports-data companies and entered into massive databases. Quantitative analysts or “quants” construct complicated formulas and algorithms to predict game and individual results. Nate Silver’s FiveThirtyEight website is an example of this formulation.

Serious sports bettors often pay for this predictive data, less serious players can access some of it for free through media and print outlets. Either way, successful sport wagering is not a guessing game.

A good first step towards withstanding and managing the information assault certainly to follow legalized sports betting near you is to keep in mind that most of us are exposed to touting each day. Any late night television viewer cannot avoid the aggressive and ubiquitous sales pitches every night for a myriad of products.

It’s impossible through usually groggy eyes to read the small print that flashes on the screen in manner deliberately made difficult to read or understand. This type of touting is as forceful as anything you may see in the world of sports wagering and should quickly remind you to be on guard that someone is trying to separate you and your money.

This same caution and buying resistance should be utilized in the sports betting world as newcomers differentiate between those selling sports wagering data analysis, those selling picks and those selling a combination of both.

Next time in Part II: Starting the process of finding a sports information service and/or provider.

Robert H. Mann, a 31-year resident of Las Vegas, is the industry writer and columnist for Gaming Today newspaper and GamingToday.com. His opinions are his own and may not reflect those of SportsHandle.com. 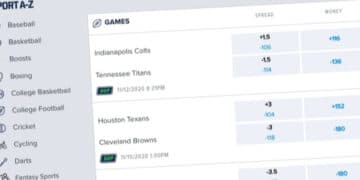 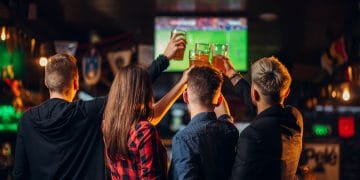