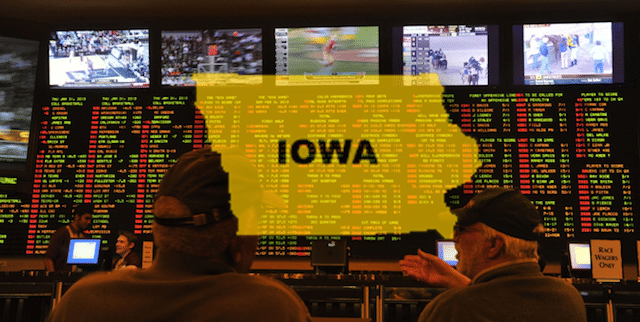 Thirty-six states will elect governors next month, and we at Sports Handle wondered if sports betting ranks among the key issues in any state elections — or as a topic of campaign trail conversation at all.

In most cases, it is not a hot topic and likely won’t be a deciding factor in electing a governor (although there are single issue voters on very issue), but there are some states in which the legislature has been actively exploring sports betting and having a “friendly” governor will speed the process in those states.

Using the Mighty Mississippi as our divider, we present our findings in two parts. Part I on the East is available here.

Today’s Part II focuses on Where Gubernatorial Candidates in the West Stand.

Alaska: Candidates have not addressed sports betting, nor has the state legislature put it on the docket.

Arizona: Sitting governor Doug Ducey said after the Supreme Court struck down PASPA in May that he’d be amenable to considering it at Arizona’s 55 OTB parlors. The state has no commercial casinos, but it does have tribal casinos. Since that statement, it has not emerged as a key issue.

Arkansas: Sitting governor Asa Hutchinson has gone on the record as being opposed, but there will be a ballot measure on Nov. 6 that if passed would allow for sports betting.

Colorado: “Sports betting is coming to Colorado,” Republican gubernatorial candidate Walker Stapleton told a group of real estate investors last month. That said, Stapleton didn’t come out clearly in favor, rather, his mind is on the potential revenue. Other candidates in the state have not weighed in.

Hawaii: Both chambers of the legislature saw a bill in 2017 contemplating legalization, however it appears to be a non-issue in amongst the candidates for governor.

Idaho: Governor Butch Otter told KBOI Radio in May that he’s not particularly enthusiastic about legalizing sports wagers in Idaho.  It would take a change to the state constitution to allow it. Otter isn’t seeking re-election and while this topic isn’t a front-and-center issue, Democratic candidate Paulette Jordan is opposed to slot machines at the state’s horse tracks, while Democrat Brad Little is in favor of pari-mutuel betting.

Iowa: While it was a hot topic in the state legislature earlier this year, sports betting wasn’t legalized. Both the sitting governor, Kim Reynolds and her Democratic challenger Fred Hubbell are OK with that. According to a September Des Moines Register story, neither see it as a key issue or one that the state has to move on in any hurry.

Kansas: All three gubernatorial candidates, Republican Kris Kobach, Democrat Laura Kelly and independent Greg Orman said in a September debate that they all support legal sports betting. The state legislature held hearings earlier this year and appear interested in legalizing it, but have yet to coalesce around a framework.

Minnesota: While Republican Jeff Johnson shares a name with a betting whiz, the CEO of Premium Picks, legalizing isn’t a key issue in Minnesota. Neither Johnson nor his Democratic challenger Tim Walz have had much to say on the issue.

Nevada: The topic is a non-issue here because, well, sports betting has been legal in Nevada since 1949. But we didn’t want you to think we forgot about the home of Sin City.

Nebraska: The state legislature didn’t take any action or have any real discussion, and it doesn’t appear to be an issue in the governor’s race.

New Mexico: Legalization is not a major issue for either Republican Steve Pearce or Democrat Michelle Lujan Grisham. State lawmakers have done little since the SCOTUS decision in May, while USBookmaking announced a partnership with a New Mexico tribal casino and plans to take sports bets as early as Oct. 16.

Oklahoma: Republican Kevin Stitt hasn’t talking specifically about legalization, but did say earlier this year that he thought revenue sources including gambling and lottery sales, would be beneficial. By extension, we have to assume that revenue would be welcome. Democrat Drew Edmondson hasn’t taken a firm public stance on the issue.

Oregon: The state lottery rolled out an app in September that will eventually allow customers to place sports bets, but the topic is not a relevant campaign issue in the state. Oregon is one of four states that was grandfathered in under the Professional and Amateur Sports Protection Act, so the lottery didn’t need new legislation to start down the road.

South Dakota: Legalization would require a constitutional amendment. After PASPA was struck down in May, candidates and the current governor shared their thoughts with KELO Radio. Republican candidate Kristi Noem said she was “opposed to expanding gambling,” while Democratic candidate Billie Sutton didn’t take a stance, saying it would be up to the voters. Sitting governor Dennis Daugaard, who isn’t seeking re-election, felt the SCOTUS decision was positive for states’ rights.

Texas: Incumbent Greg Abbott opposes the expansion of any gambling in Texas and Democratic challenger Lupe Valdez applauded the SCOTUS decision from a states’ rights perspective, but didn’t come right out and endorse it. Valdez did say that if it were legal in Texas, revenue should go toward education and and public services.

Wyoming: Sports betting is not legal in Wyoming and the state legislature hasn’t seriously addressed the issue. Neither candidate has taken a stance.