So How Does This William Hill-FanDuel Copyright Infringement Lawsuit Play Out? 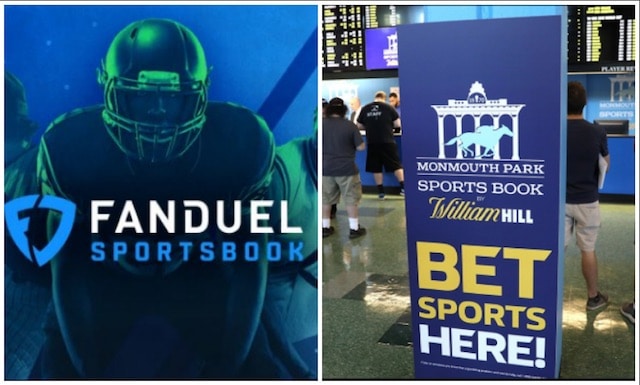 As you may be aware by now, bookmaker William Hill US (WH) filed a lawsuit this week against FanDuel in New Jersey District Court, alleging copyright infringement, specifically for copying the company’s “How to Bet Guide” for its own guide in print and online.

The examples WH gives in its complaint, if true, are pretty damning.

“We are not litigious people but this is ridiculous,” William Hill CEO Joe Asher said in a statement to ESPN. “If the court finds in our favor, a portion of the proceeds will fund scholarships for creative writing programs at New Jersey universities.”

Through conversations with experienced litigators and attorneys with intellectual property experience, below we attempt to answer:

Sportsbook Wars: William Hill Sues FanDuel for Allegedly Copying Its ‘How To Bet’ Manual — at What Cost, and What Else Is Driving This Thing?

Question (1): How exactly does the court determine what kind of damages William Hill may have suffered?

In legal terms, this becomes a matter of “damages,” “actual” damages, or the actual financial impact on WH, if they can prove the infringement.

There’s also “statutory” damages, sums a court might assess if it determines that the infringement  was “willful” — which is somewhat open for interpretation.

According to John Stone, a partner with the New Jersey-headquartered law firm DeCotiis (emphasis added): “The Copyright Act permits the plaintiff in an infringement action to recover either statutory damages or ‘actual damages and any additional profits of the infringer.'”

But how does WH establish losses and profits in connection with a “How to Bet” manual? Did FanDuel profit by enabling newbie sports bettors with the manual to make ill-advised parlays? How many bettors read the manual?

I write that in jest, highlighting the difficulty and subjectivity of it. So I speculate that WH would pursue the statutory damages, which are more discretionary.

“The amount of the non-statutory damages is extremely fact sensitive because the defendant may not be able to show that its profit was not attributable to the copyrighted work,” Stone said.

There’s additional layers of complication with non-statutory damages. Adds Martin Schwimmer, a partner at the Westchester, N.Y.-based intellectual property law firm Leason Ellis and publisher of @trademarkblog: “If William Hill distributes the guide for free, and does so for promotional purposes, its damages become somewhat hypothetical, and more difficult to prove.”

He continued: “I don’t know if William Hill filed for its copyright application prior to the infringement beginning. If not, it could hamper its ability to obtain statutory damages.”

If we assume that William Hill pursues statutory instead of actual damages, the court could award it up to $150,000 (plus attorney’s fees and costs), according to the law.

That’s if the court finds that “the infringement was committed willfully.”

What constitutes willfully? Well, a confession or some sort of “smoking gun” would do it, if that were to come out during discovery. I haven’t reviewed the case law on willful infringement, but the examples of copying provided in the complaint show what appears to be several sections literally cut and pasted without alteration.

The law says, “Nothing in this paragraph limits what may be considered willful infringement under this subsection.”

So, it’s open for interpretation. Here’s an image published by John Brennan of US Bets, and some context he provides for it:

“Sure enough, page 13 of the FanDuel guide has a subsection called ‘Alternate & Reverse Run Lines’ that begins, “Alternate & reverse run lines are propositional wagers offered by William Hill on each baseball game”:

“I’d like to see what FanDuel says in response to a complaint which alleges pretty specifically that it was caught red-handed,” said attorney Josh Krakowsky, who specializes in business litigation at the Manhattan law firm of Davidoff, Hutcher and Citron.

So, this might be what’s really driving the lawsuit and is the most interesting question.

“The damages do not appear to be substantial, but the allegations, if true, have FanDuel dead to rights,” said Krakowsky. “This may be more for optics — that a competitor is not playing fair and William Hill needs to make a point that they will not permit theft of their hard work.”

Schwimmer wonders what else might be going on that we don’t yet know about.

“The infringement is so open-and-shut that I’m wondering if there are important facts not in the complaint — like there was a failed attempt to license, or something like that.”

“I think the PR black eye to FanDuel may be compensation enough for William Hill, especially if it could make the argument that it reflects on FanDuel’s integrity,” Schwimmer said.

Also Stone, asked if anything else strikes him about the suit, said if William Hill’s allegations are true, there’s “the potentially brazen nature of the copying, and the potential ‘value’ of such suits (separate from the actual damages) to deter copying and exert some degree of control of or strength in the market.”

Which brings us to parting shots:

We, Sports Handle, believe this is not about winning $150,000, or roughly the amount that FanDuel ended up paying out in connection with the September ticketing glitch that reached the mainstream media.

Rather it’s an opportunity for William Hill to rub FanDuel’s face in the dirt as they both establish footholds in various regions in this rapidly growing U.S. sports betting market.

William Hill is a juggernaut in the U.K. and has a huge presence in Nevada, but at this point nationally is probably not a very well known brand — yet.

Here they get free publicity in what appears to be a textbook infringement case, and a chance to let this case play and enjoy periodic blips about it on the national radar. Here’s a link to an Associated Press story about the suit.

Bigger picture, will the copying of a manual impact any consumer decisions about which sportsbook to use? Doubtful.

But it’s an interesting subplot for others out there who enjoy some sports betting industry drama.