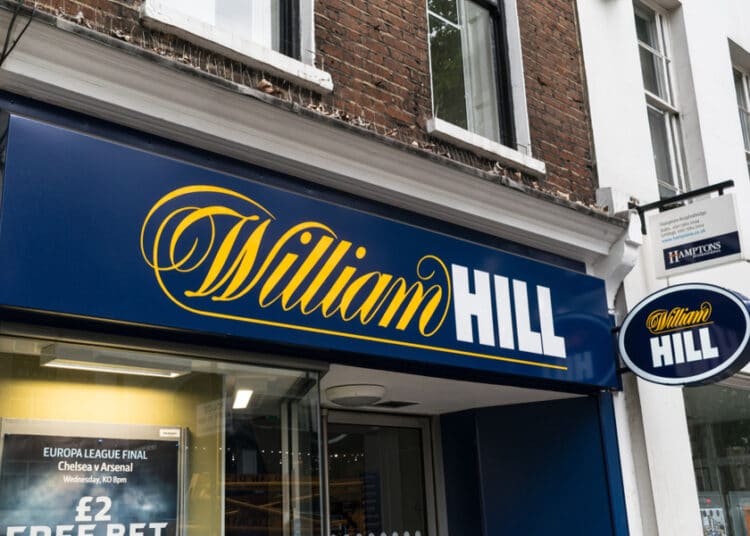 William Hill reported a 9% drop in year-over-year third-quarter revenues Wednesday, but growth in sports betting in the United States helped sharply improve its numbers from the first half of 2020.

The British-based bookmaker had reported a 32% drop in revenues from the first six months, when the entire industry was roiled by COVID-19 and the major disruption of the global sports schedule. As events resumed, most notably the English Premier League and major professional sports in the United States, a sizable portion of the expected handle did return — there was a 55% increase in handle wagered in America compared to the third quarter of 2019, resulting in a 10% increase in revenue stateside for the 13-week period ending Sept. 29.

“We are very pleased with the trading performance of the Group, which has been borne out of the commitment, resilience and hard work of our teams across the business. I could not be prouder of them,” William Hill Chief Executive Officer Ulrik Bengtsson said in a statement accompanying the report.

“We have moved the company forward with our relentless focus on our customers, enhancing the competitiveness of our product, and maintaining player safety as one of our highest priorities. We have reinvigorated the leadership team and they, in turn, have empowered their teams to deliver on our plans.”

Despite the sharp uptick in U.S. handle and revenue in the third quarter, William Hill’s win percentage — the hold that generates the actual revenue — dropped to 5.5% in its sportsbooks across the country, which was 1.9 percentage points lower than the third quarter of 2019. In the operational summary, William Hill attributed part of that dip to games being played without spectators and noted that trend will likely continue to affect win percentages.

The live sporting calendar has resumed, delivering a strong complement of fixtures across football, horse racing, tennis and American sports. However, fixture lists remain out of step with prior years and with many events continuing to be held behind closed doors, results have been more unpredictable than normal. As a result, we continue to see volatile gross win margins, and we would expect this situation to continue.

William Hill’s online win percentage for the third quarter was 7.9%, three-tenths of a percentage point lower year-over-year. Its total online net revenue for the quarter improved by 4%, with the online sports wagering handle up 3%.

Online sports betting in the U.S. was robust, with 72% of its overall handle in the third quarter coming from mobile wagering. William Hill expects continued sports betting growth stateside, aided by Caesars Entertainment’s deal with ESPN in September that made it the sports network’s exclusive odds provider as well as an official sponsor of ESPN’s fantasy sports products.

William Hill is operating in 13 states and the District of Columbia, and with the bookmaker agreeing to terms on a $3.7 billion acquisition by Caesars Entertainment, it expects to expand its footprint to more than 170 venues across 14 states plus D.C.

William Hill closed at 280 pence on the London Stock Exchange on Thursday, slightly above the 272p in Caesars’ takeover terms from Sept. 30 but 62.3% higher than the 172.55p list price on Sept. 1, the last full business day of trading before Caesars Entertainment first approached William Hill.