The Wire Act of 1961: When the Internet Met the ‘Bedrock’ Federal Sports Betting Law 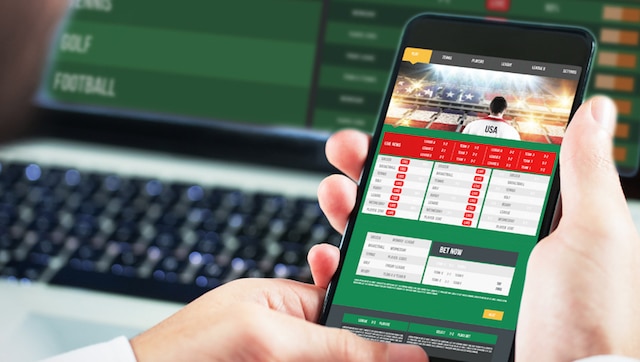 Editor’s Note: In a two-part series, SportsHandle probes the federal Wire Act of 1961, the primary criminal law on the books addressing sports betting across state lines.  The first installment looks at the Wire Act during its early years, with an emphasis on how judges defined its contours.  Part two explores recent interpretations by courts, the Department of Justice, and the same five sports leagues who initiated the lawsuits against New Jersey in 2012 and 2014.

The emergence of the Internet—and the advent of online sports betting that came with it—cast the Wire Act in a new light.

From Capitol Hill to the Department of Justice, the Wire Act caught the attention of lawmakers and law enforcers who grappled with what to do about a statute enacted decades before the Internet even existed.  And when Congress debated whether to update the nation’s gambling laws, a group of sports leagues told a House committee about the Wire Act’s status as a “bedrock” law.

The Wire Act was also the focus of a high-profile federal prosecution around the turn of the century, a legal tussle with a Supreme Court petition featuring two lawyers who would play a central role years later in the New Jersey sports betting case now pending at the nation’s highest court.

The federal Wire Act and sports betting, past and present: The time group of sports leagues told a House committee about the Wire Act’s status as a “bedrock” law

On July 31, 2001, the U.S. Court of Appeals for the Second Circuit in New York decided a case—United States v. Cohen—that remains as one of the most important Wire Act rulings ever in the online sports betting context.

The Second Circuit decision described the federal probe into World Sports Exchange (WSE) and its president, Jay Cohen, in detail.

“Cohen decided to pursue the dream of owning his own e-business,” wrote the court.  “[He] moved to the Caribbean island of Antigua, and had become a bookmaker…WSE’s sole business involved bookmaking on American sports events.”

“In the course of an FBI investigation of offshore bookmakers, FBI agents in New York contacted WSE by telephone and internet numerous times between October 1997 and March 1998 to open accounts and place bets. Cohen was arrested in March 1998 under an eight-count indictment charging him with conspiracy and substantive offenses in violation of [the Wire Act].”

Cohen was convicted on all eight counts following a jury trial and sentenced to 21 months in prison.

Cohen presented six issues as part of his appeal, including whether the Wire Act’s so-called safe harbor should have attached to his conduct.  The Second Circuit rejected Cohen’s arguments, prompting him to appeal to the Supreme Court.

The Wire Act at the Supreme Court’s Door

When Cohen filed his petition for review to the Supreme Court, two lawyers entered the fray, both instantly recognizable to followers of the current New Jersey sports betting case.

Cohen hired Donald Verrilli and a team lawyers to handle his Supreme Court case.  One of Cohen’s core arguments remained—the Wire Act’s safe harbor should have insulated him from prosecution.

“With respect to the Wire Act, the Second Circuit misread the critical terms of the statute, thereby exacerbating the existing confusion in the Circuits as to the meaning of these terms,” wrote Verrilli and others in Cohen’s February 22, 2002 brief.  “The Second Circuit’s broad reading of ‘legal’ and ‘bets or wagers’…effectively eliminate from the statute the safe harbor provision.”

Verrilli would later serve as the Justice Department’s Solicitor General during the Obama Administration and filed a 2014 Supreme Court amicus brief in the New Jersey case positing that the state could permissibly repeal its laws “in whole or in part” under the Professional and Amateur Sports Protection Act (PASPA).

Cohen’s application for review by the Supreme Court was opposed by Ted Olson, who served as President Bush’s Solicitor General at the time.

“[T]he safe harbor would not apply in this case because, while it is true that the placing of a bet is not a crime in New York State, the process of ‘betting’ through a bookmaker is a crime,” wrote Olson in his May 2002 reply.

Over a decade later, Olson led New Jersey in its Supreme Court case after the state was sued (twice) under PASPA by the NCAA, NBA, MLB, NHL, and Major League Baseball.

The status of the Wire Act would then shift from the courtroom to Capitol Hill.

In 2009, Congress considered a giving federal gambling laws a modern update in light of the spread of Internet poker and sports betting.

Under consideration was a House bill—H.R. 2267—that would establish a federal framework for the regulation of web-based betting.

The leagues’ letter flags the distinction between the Wire Act and PASPA.  According to the letter, in relevant part:

The five sports leagues’ circled back to the Wire Act’s origins too:

The House bill was defeated.  Neither the Wire Act nor any other pre-Internet federal gambling law received a facelift.  The Wire Act’s statutory text from 1961 persists today.

If the Supreme Court strikes down PASPA as part of the soon-to-be-decided case, the Wire Act continuing presence cautions against any permanent green light for interstate sports betting taking place online.

And just last month, two of the leagues—the NBA and Major League Baseball—lobbied in various statehouses in support of draft bills that would “allow internet betting” in the sports betting realm.

Left unsaid in the recent lobbying push, however, was what role, if any, the Wire Act could play in such plans.