Shhh! Wisconsin Tribes Know How To Keep A Secret 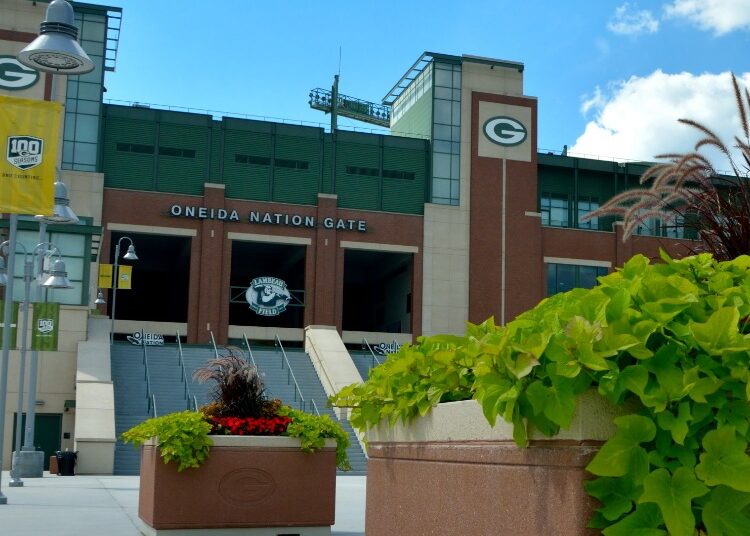 Earlier this year, Brandon Yellowbird Stevens had a secret. And he — along with tribal leaders across Wisconsin — managed to stay quiet enough that when the Oneida Nation announced in July that it would be the first Wisconsin tribe to launch legal sports betting this fall, many in the industry were stunned.

“I think this is a template for the rest of Indian Country to come together and work together, because it benefits everyone,” said Victor Rocha, editor of tribal gaming website Pechanga.net and host of “The New Normal,” a webinar that explores tribal gaming and sports betting issues.

Rocha’s words were tinged with a bit of awe and jealousy. Wisconsin’s tribes were the first — and so far only — ones to fly completely under the radar and get sports betting added to their gaming pact. They did so while tribes in Connecticut and Arizona were very publicly negotiating with their respective state governors. In both states, the tribes had to give up some amount of exclusivity in order to be able to offer wagering.

The Oneidas had hoped to start taking bets by the start of the NFL season, but Stevens said that supply chain issues have slowed the rollout. According to an NBC26 report this week, the tribe expects to have some teller windows and kiosks open by Week 11 of the NFL season.

“We initially anticipated opening for the football season. We weren’t able to meet that timeline,” Chad Fuss, the Oneida Casino’s chief financial officer, told the station. “Right after we signed that contract, at the end of summer, we started working on what would our sportsbook look like. And we identified that we would have some constraints, meaning that supply chain, which is mostly [due to] global pandemic right now, of getting different software, getting the chips in.”

So, how were Wisconsin’s tribes able to be so stealthy? Simple, Stevens said — the Oneidas promised the state’s other tribes they’d set the tone. And everyone else could follow when it was time for their compact negotiations.

“Our compact came up for negotiation [first],” Stevens said during the webinar. “We kept all 11 tribes in the loop every step of the way, that’s how we kept it a secret. The premise was that we were going to set the template for what all tribes could do, and we needed to make sure that this was fluid.”

Stevens went on to explain that Wisconsin tribes have what’s referred to as a “Me, Too” clause in their compacts. That means that as other tribes reach their opportunity to renegotiate, they can get whatever the Oneidas and the state agreed on. Beyond that, the clause will allow the Oneidas to amend their compact based on what the tribes that follow can get. As an example, the Oneidas will not be able to offer betting on in-state college teams or amateur sports, but Stevens hopes his tribe will set a good enough example of trust and integrity to allow another tribe to negotiate those options.

They will be able to take bets on pro sports and, according to Stevens, on certain awards likes the Grammys or Academy Awards.

“Hopefully, as the state basically gave us training wheels — there will be no betting on in-state college sports and no betting on amateur sports — that was a negotiation barrier we couldn’t break,” Stevens said. “So hopefully, the tribes behind us, after we show that we are ethical and taking care of this, hopefully, we can [later] include the UW-Madison Panthers, Marquette, Wisconsin, into betting. Hopefully, the tribes coming behind us will have the power to include … betting on those teams.”

Oneidas said ‘no thanks’ to official data

Though they had to give up local college sports to get the deal done, the Oneidas weren’t pushovers during negotiations. Stevens said that when the NFL pushed for a requirement that the tribe buy official league data, the tribe balked.

“They wanted to do a separate negotiation with advertising and stats, but we said no,” Stevens said. “No one else is paying for that and it is not in our business model. The state wanted that as well, but we were up front and said, ‘We’re probably going to use official sports data, but we don’t want official amendment or law.'”

The Oneidas’ sportsbooks will be powered by IGT’s PlaySports package and will be available only on the Oneidas’ land. The tribe, which owns and operates five casinos, has plans for a temporary sportsbook on the gaming floor of at least one location, as well as kiosks. It also plans to add on-reservation mobile sportsbooks at some locations and open a permanent book in February, according to Fuss.

This holiday means a lot more to many Wisconsinites & Packers fans.

Oneida Nation has a specifically historic relationship with the Packers.

The Oneida reservation is located just a few miles from the biggest sports venue in Wisconsin — the NFL Packers’ storied Lambeau Field — and is a 10-minute drive from the Green Bay airport. The tribe has long had a relationship with the Packers, and in 2019 it expanded that relationship, enabling it to advertise its casinos inside the stadium. The Oneida name is also over a stadium entrance gate, and the tribe sponsors a one-mile walkway outside of the stadium that features statues of legendary Packers players and team history.

When the Oneidas do launch sports betting, customers will be required to register at a brick-and-mortar location and will be able to earn loyalty points to use at physical locations. Stevens said he expects his tribe’s new product to create up to 15 jobs, and that the tribe will use revenue from sports betting to fund programs on the reservation.

Of Wisconsin’s border states, all but Minnesota currently have live, legal statewide digital wagering. Iowa was the first to offer it in 2019, followed by Illinois in 2020 and Michigan in 2021.