Get A Grip: The Week In Sports Betting: His Airness, Sportsbook At Wrigley, Connecticut Impasse, EPIC Expands, More 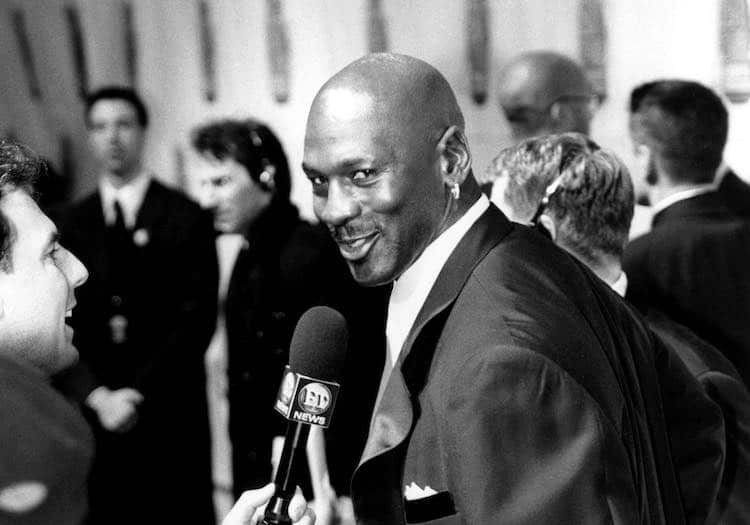 With the NFL season less than a week away, sports betting stakeholders have been busy dealmaking. This week alone, DraftKings, FanDuel and BetMGM announced new partnerships with sports teams, and in one case, a sports legend. DraftKings’ news that it was bringing NBA legend Michael Jordan on board as a special advisor caused the company’s stock to go up 14% on Wednesday.

The week started with FanDuel announcing a partnership with the PGA Tour, joining DraftKings and PointsBet as Tour partners. On Wednesday, DraftKings announced the addition of His Airness and on Thursday, it shared news of a deal with the Chicago Cubs, the first Major League Baseball team the company has partnered with. DraftKings in August expanded its relationship with MLB, and part of Thursday’s announcement DraftKings and Cubbies ownership’s goal to open a retail sportsbook at Wrigley Field.

DraftKings hopes the book will be first of its kind at a baseball stadium, and potentially the second in a professional sports stadium: William Hill opened a physical location at Washington, D.C.’s Capital One Arena over the summer. DraftKings is already live online and at a retail location in Illinois after executing partnership with the Casino Queen to become DraftKings at Casino Queen in East St. Louis, but this deal would give it a major presence in in the heart of the state in Chicago.

“DraftKings has been a great partner for a number of years and we are excited to expand this relationship as sports betting grows rapidly in Illinois,” said Crane Kenney, Cubs president of business operations, in a statement. “An increasing number of sports fans want to integrate sports betting into their game experience, and we’re excited to be one of the first to engage in developing a retail sportsbook at a professional sports venue.”

BetMGM made the Detroit Lions their third NFL partner after teaming up with the Las Vegas Raiders in January and the Denver Broncos in July. BetMGM already has a sports lounge at the MGM Grand Detroit, and views this latest partnership as a further extension of its presence in the city.

“When we first opened the BetMGM Sports Lounge at MGM Grand Detroit in March, we hoped to develop deep relationships with the state’s top teams,” BetMGM’s Chief Marketing Officer Matt Prevost said in a statement. “We are honored to be the first sports betting partner of the Lions and to offer their fans access to a variety of best-in-class promotions and perks only available on BetMGM.”

BetMGM also has a partnership with the NFL. The Denver Broncos also have deals with FanDuel and Betfred.

Absolutely delighted to announce the appointment of @BrianneDoura as VP of US Strategy & Development. Unrivalled expertise in the 🇺🇸 field and big things to come across education, policy and training in the weeks and months ahead. Welcome to the team 🙌🏻https://t.co/tsRTbmpJRn pic.twitter.com/QGekT6lh6W

EPIC Risk Management announced its expansion into the U.S. earlier this week when it revealed that Brianne Doura-Schawohl had been hired as vice president of U.S. Policy and Strategic Development. Doura-Schawohl is formerly Legislative Director for the National Council on Problem Gambling.

“EPIC combines world-class risk management, problem and responsible gambling strategies with the latest global research and most importantly, lived experience,” Doura-Schawohl said via an EPIC press release. “My emphasis will be in supporting those initiatives in partnership with states, regulators, operators, and consumers.”

Among EPIC’s U.S. partners are the NFL Players Association and Harvard Medical School’s Division of Addiction. According to the release, Doura-Schawohl has a history of working through “complex problem gambling policy issues” and will continue that work with EPIC. She is the company’s first U.S.-based hire.

Tried to solve this prior to PASPA repeal. Thought I had a practical framework for a solution that could enjoy consensus. I was wrong, but very clear that w/o early compromise it would take 5+ years & court case that would be argued well on both sides. https://t.co/IuQSYD3d3D

Halfway through Year Three of the sports betting legalization conversation in Connecticut, stakeholders and lawmakers are apparently no closer to a compromise than they were on day one. This past week saw a round of op-ed parrying between the president of Sportech Ventures, which operates off-track-betting in the state, and Mashantucket Pequot Gaming Commission Chairman John Henningsen, on behalf of the tribe operating the Foxwoods Casino Resorts.

The positions remain unchanged: the tribal-state compacts confer the tribes with exclusivity over sports betting, otherwise they may discontinue making payments to the state on certain casino revenue. Sportech and other commercial interest say, generally, that sports betting is not a “commercial casino game” and therefore, Foxwoods and Mohegan Sun don’t have exclusivity, and thus are obstructing legalization. There’s more to it, involving construction of a new commercial casino, plus the Connecticut Lottery Corporation wants to become an operator as well (non-exclusive).

Compacts are crafted and function differently across the U.S., for the most part conferring some mutual benefit to both the state and tribes. And tribes and the state have come to an understanding in other jurisdictions, such as in Michigan, Mississippi and Washington State, resulting in different frameworks, but they have come to terms nonetheless.

The upshot is that while Connecticut was one of the earliest states to contemplate legalization — even pre-PASPA repeal in early 2018 — over 20 states have now legalized in some fashion.

Compromise must exist somewhere. In the mean time:

More of the top industry and sports stories of the week

NEXT UP: Since completing the Cantor deal, William Hill will pivot to focus on Caesars. [Bloomberg]

EXPANSION PLANS: Circa Sports announced it will open a sportsbook at Tuscany. [LV-RJ]

WHO’S NEXT?: 6 states that could legalize this year. [SportsHandle]

VOTE HERE: Your favorite sports venue may now be a polling place. [Politico]

MAKING THE CUT: Projections for all NFL-team 53-man rosters. [ESPN]

WHEREVER YOU MAY BE: Longtime voice of the Dodgers Vin Scully now on social media. [LAT]

Have a good Labor Day weekend, everyone.